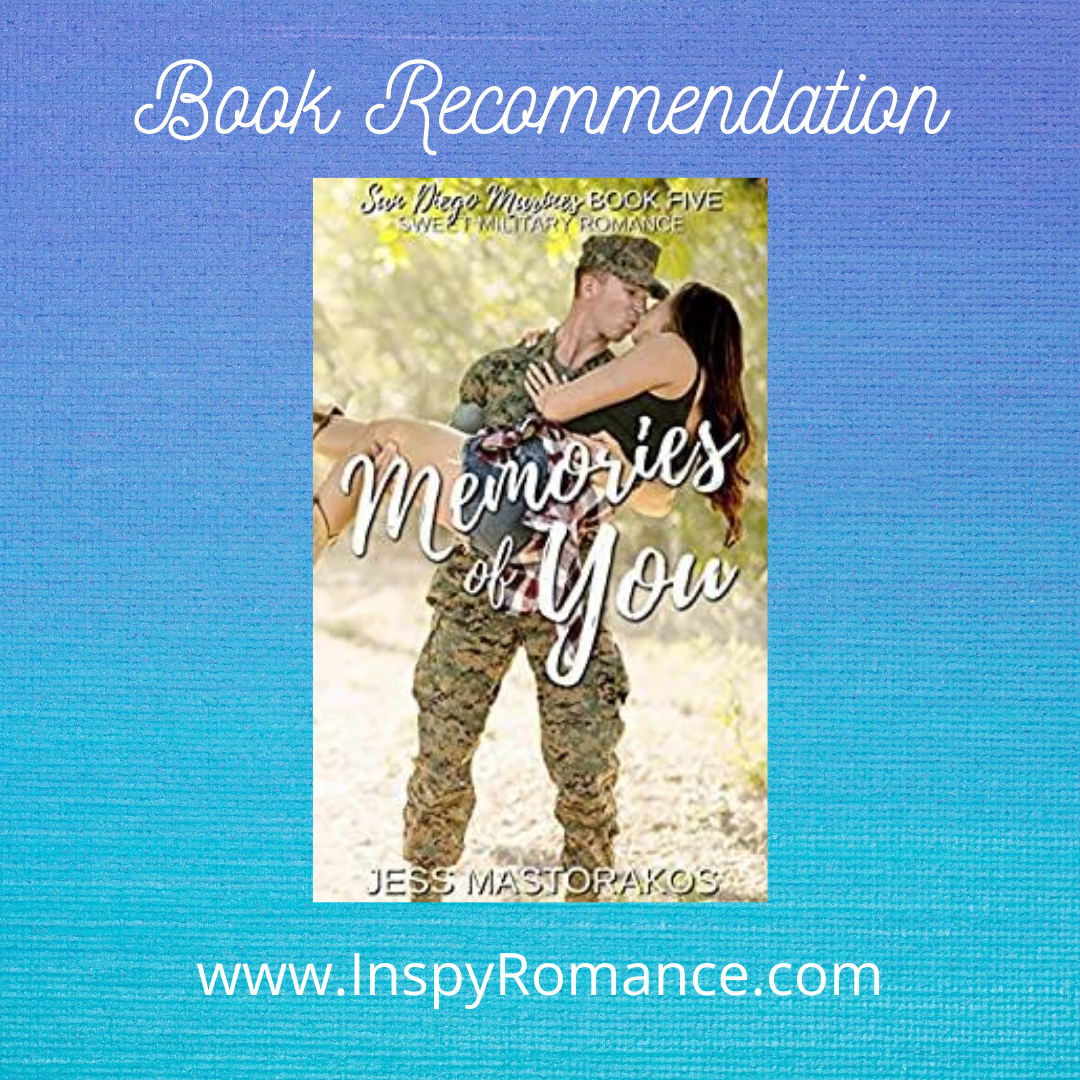 Do you ever come across a new-to-you author and binge through their books?

I’ll admit that this is not usually something I do, but after reading the first of Jess Mastorakos’ military romances, I had to read the rest.

Today, I’m thrilled to spotlight book 5 in her San Diego Marines series – but consider this a hearty recommendation for the rest of the books as well. (Why am I starting with book 5? Because books 1 – 4 are sweet and clean, but they don’t have a faith element. Book 5 does, so it aligns more with the books that we feature and write here.)

Military Romance isn’t a genre that I have spent a lot of time reading. I’ve read military suspense/thrillers – and those sometimes have a romance thread in them – but these books have opened up a whole new world for me.

What did I love about this book?

First up, hunky Marine hero. You’ll find hunks in any branch of the service, but Marines probably have more than their fair share. (Especially if you’re going by Jess’ books.) I also really love the fact that Marines (as with anyone in any branch of the military) have that built in willingness to sacrifice themselves for something bigger and more important. It’s a good quality and it immediately adds a little shine to the character.

Second? This is an amnesia/memory loss trope and I haven’t seen a ton of those in the Christian market. I think they’re tricky to pull off. Jess did an amazing job with it.

Third? The couple is already married. Those of you who are looking for married romance? This is a fantastic one! And in some ways, the fact that amnesia is at play lets you experience the fun getting-to-know-you bits of more typical romance, but they also have shared history, hurt, and love to discover.

I also really like the fact that this book (and all in the series) are alternating POV, but also still first person. So you get to be in his head and in hers in first person and it’s unique. And it works. (I’ll admit to having been on the fence with the first book I read because I don’t tend to gravitate to first person to begin with, but getting both hero and heroine perspective has won me over.)

If you’re looking for some military romance (and maybe you didn’t realize you were looking for it, but now you do!) you can find the San Diego Marine series here (and remember that book 5 has a faith element but the prior books are sweet and clean.)

If you’re on the fence, here’s the blurb for Memories of You:

Sometimes your soul remembers what your mind has forgotten…

US Marine Travis Brooks is ecstatic when his wife wakes up in the hospital after a horrific car accident. His joy quickly fades when he discovers that she’s suffering from post-traumatic amnesia and has an incomplete memory of their relationship. As far as Cat’s concerned, they’re broken up. Not happily married.

Catherine Brooks has no memory of the last ten years. She’s mystified as to why her ex-boyfriend would be sitting vigil at her bedside. The last thing she remembers is breaking up with him right before he left for boot camp. Now he stands before her as a decorated Marine, rings on both of their fingers, telling her they’re in love.

Travis is willing to do anything to help his wife put the pieces of her memory—and their marriage—back together, whether she likes it or not. He has to. He took a vow to love her in sickness and in health. But will Cat want to fight for their marriage, even though she can’t remember pledging the same vow?

If you like captivating chemistry, realistic military romance, and loyal friendships, then you’ll love this unputdownable series by Jess Mastorakos.