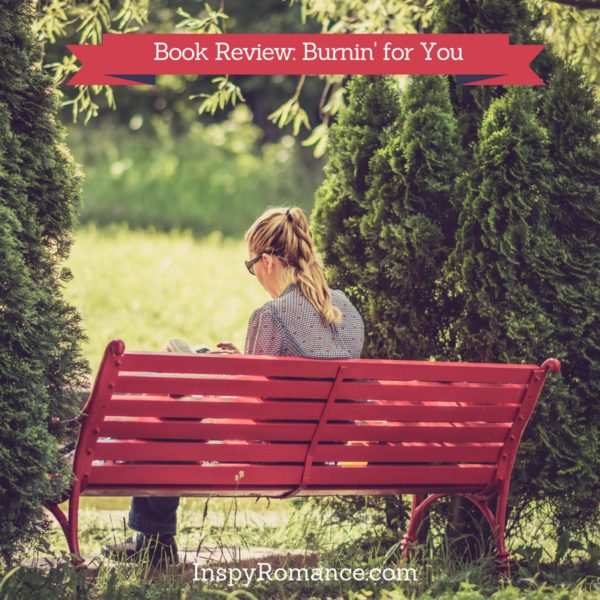 Don’t you love it when an author introduces a series of books that you are soooo excited to have in your possession … yet you don’t want to read them too quickly because–rats! It’s over and now you’re sad … but you just can’t help yourself from devouring every single book the day it lands on your Kindle??

Still with me? Good. Because that’s exactly what happened to me when I read Susan May Warren’s new Montana Fire Series and now I have to tell you all about it. Confession time: I read each book in the series within a day of owning it. For real. We’re talking abandoning my responsibilities, awake until two-fifteen in the morning, swiping those virtual pages just as fast as I could.

I first discovered this new inspirational romantic suspense series earlier this year when book one became available for pre-order. Forest fires, cute smoke jumpers, the rugged outdoors … yes, please. As I already confessed, I was immediately hooked and quickly pre-ordered the second book. Susan May Warren totally had my number because she released these in quick succession. The third book could not come fast enough. I’m accustomed to waiting six months between releases, but wonder of indie publishing wonders, she blessed us with this entire series in ONE summer.

Can I get a hallelujah?

When I see her in Nashville at the ACFW conference next week, I just might hug her. Seriously.

This whole series had fantastic pacing. I really enjoyed the adrenaline rush from reading a series with such a high-stakes setting. The gritty characters wrestling with major issues in their pasts made for tough obstacles to overcome, but was also the ideal setup for meaningful spiritual subplots. Lastly, the level of romance was clean yet a smidge ‘hotter’ than previous titles by this author.

I won’t review the entire series in this post. Since Burnin’ For You is the most recent title and my favorite of the three, I’ll keep the focus there. 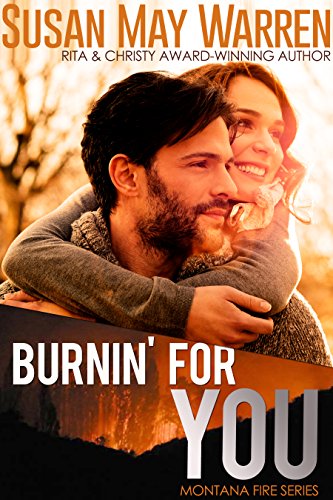 Smoke jumper Reuben Marshall is harboring a deep regret—a split-second decision that cost the life of his crew boss in a fire. It’s a grief that has paralyzed him, kept him from moving forward. It’s mistakes, and regrets like this that keep him from pursuing his long-burning interest in Gilly Priest, their pretty, petite pilot. Not only is she not interested in dating a teammate, but she’s also the preacher’s daughter. And while Reuben’s not the chiefest of sinners, he’s no saint. Reuben feels like a buffalo next to her and worse, can’t seem to string two words together when she’s in his radar. He’ll just have to love her from afar…

Her dark secret keeps her from trusting . . .

Gilly Priest has worked hard to carve out her niche as a female bomber pilot in the dangerous world of firefighting. Sure she’s small, but she’s made up for her stature in courage, grit, and the tenacity to face danger other pilots wouldn’t dare to confront. And yes, she’s noticed handsome Reuben Marshall—who wouldn’t? Dependable and strong, he takes up most of the space in the room. But Gilly’s dark secret won’t allow her close enough to talk to him, let alone let herself fall for him.

When their smokejumper plane goes down in the northwestern Montana mountains, wounding their team, Gilly and Reuben are the only ones able to hike out to find help. But when their rescue mission turns out to be a fight for their lives against the terrain, a saboteur, and a forest fire, they discover they’ll have to put aside their fears and learn to trust each other. But will trust lead to igniting something they both long for…and fear? And can they save their team before tragedy strikes—again?

My review: A wonderful conclusion to a fast-paced romantic suspense series by one of my favorite authors. This novel possessed the perfect balance of romance and suspense, as well as a poignant spiritual thread. I keep thinking about the pithy bit of wisdom the main character, Reuben, whispered to himself again and again:

Just stand, do your part, and see the salvation of the Lord on your behalf. ~Susan May Warren, Burnin’ for You

. It’s a wonderful thing when a novel’s take-home message resonates with you long after you’ve read the closing sentences. For me, that’s the mark of a great work of fiction. I enjoyed the intensity of the flight missions and the descriptions were so well-written, I felt like I was right there battling with the characters to defeat their obstacles. This one definitely kept me reading late into the night and I’m super excited for the author’s next series, Montana Rescue.

Burnin’ for You and the rest of The Montana Fire series is available for your Kindle here.

Fans of Susan May Warren can connect with her here as well as read the first chapter of Wild Montana Skies, the first book in the Montana Rescue series.

Your turn: are you a fan of romantic suspense? Have you read this series yet?