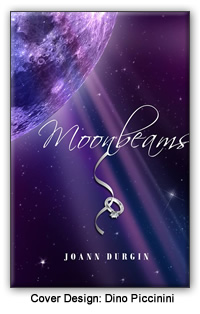 Hi, friends! Here at InspyRomance, we celebrate contemporary Christian romance. I mean, sure, give me a good historical Christian romance to read, and I’m happy as a lark. I’m not lazy, and I love history. Simply put, I don’t have time for the research involved in writing something set in a time period other than one in which I’ve lived (no jokes, please). It would take me years to produce even one manuscript because I’d be afraid the hero or heroine would say the wrong thing, act or dress inappropriately or commit a dreaded faux pas. Meaning I have all the admiration in the world for those who do write historical novels.

What I’d like to examine are a few of the reasons why I prefer to write contemporary romance (other than the reasons mentioned above). I can’t speak for the other authors on this blog, but I imagine many of their reasons are the same as mine. In order to do this, I’ll take the opposing viewpoint (can you say devil’s advocate?) as to why some authors and readers say they prefer historical romances. Primarily, their reasoning involves not being particularly fond of modern conveniences, and the belief that life in days gone by was less complicated. Well, yes and no. Like so many things, it’s a matter of perspective. So, let’s take a look at some examples:

*Modern technology. Okay, I’m the first to readily admit that I’m not a technological person. Not in the least. Confession time: I don’t even have a cell phone. You can gasp now. And, yes, I realize how old I sound when I say, “I’ve gone XX many years without one, so why do I need one now?” Seriously, folks, I’m either in the car with someone taking me to/from work, I’m home or I’m with family or others who have a cell phone should the need arise. I have many reasons for not liking them (I still say they kill brain cells), but I digress. My debut novel, Awakening, Book #1 of the Lewis Legacy Series, was written ~15 years ago when cell phones were not in common usage and neither were laptop computers. The events of the book occur during 1997-1998 in a work camp in San Antonio. If the characters had cell phones, it would have dramatically altered one key scene (and it works much better as originally written). In the most recent novel in the same series, Book #5, Moonbeams, it’s 2004-2005, and cell phones were much more common. Ditto computers, Skyping, emailing as well as texting. This technology does come into play in Moonbeams, but I don’t look at it as hurting communication. As a matter of fact, it makes it all that much easier for a hero and heroine who are in different parts of the country (Mitch is in NYC and Cassie’s in Houston) to keep in close contact.

*Modes of Transportation. Trains are mentioned in many historical romances, and so are wagons and ships, depending on the era. My contention is that those methods weren’t all that different from modern modes of transportation. Mitch doesn’t like to fly on an airplane. Trust me, he has valid reasons, but he teases Cassie that he can take a car, train, hot air balloon, bicycle, skateboard, pogo stick or whatever means necessary so they can see one another again.  Hey, I personally love a man who can pilot a private plane, and I also have such a hero in my series, of course. My goodness, I even have a NASA shuttle commander in Book #8, Pursuit!

*Pace of Life/Busyness/Working Women/Childcare/Food Preparation. Yes, people are busier in today’s modern world, but women today work just as hard today at juggling family and work responsibilities as their predecessors. It’s just work of a different nature. Unless you live on a farm (and I realize some of you do, God love you), most women today aren’t going to be raising/breeding animals, planting and harvesting. Still, how is working in a modern office much different from many women in days of old who had to earn a living making clothes, taking in ironing, working as a governess or a schoolteacher? If not married, many young ladies had to find a trade or suitable position. Without a husband to support them, they needed to earn income for their family and/or to support themselves. Modern women enroll their children in daycare, have a family member care for them or else have someone come into their home to care for them. In the historical books, the women would usually keep their children with them as they worked or other family members helped watch them. However, In reading some of the historical romances, the schedules of the women tire me out, so I don’t know how the women didn’t fall into bed exhausted every single night!

*Courting/Dating/Relationships/Manner of Dress/Language/Etiquette/Education. Admittedly, women today do generally tend to be more independent, and from an earlier age. We have many more choices available to us than our earlier counterparts. For instance, when it comes to dating—for the most part—the “class” system isn’t as much in place and it doesn’t hold near the importance it once did. Some readers like the idea of the arranged marriage, and situations where a couple is forced together and gradually grows to love one another after the marriage. Thus the success of the mail order bride stories. Clothing in previous eras was also more modest, for the most part, and ladies were taught to always be “proper” in their speech and behavior. Only those of means were able to attend college.

Women in the modern world have more options, but that doesn’t mean their lives are any more or less complicated. Bottom line: People, then as now, deal with the same basic emotions, situations and relationships.  Yes, the books set in historical periods focus on faith, family, hope and love. But again, so do many of the contemporary books, especially romances. Because those things comprise the very foundation of our lives.

Please free to chime in and tell me what you love about contemporary Christian romance (or don’t, but please promise to be gentle!). One commenter will be chosen to receive a signed copy of the paperback of Moonbeams when it releases in a couple of weeks! In order to be eligible, please leave your email address in your comment.

Blessings, friends, and happy reading (whether contemporary or historical!). 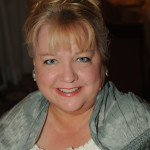