**Guests: leave a comment for today’s post, and you’ll be eligible to win a signed paperback copy of any one of my books–reader’s choice!**

I’ll admit it. I love thinking about, talking about and writing the hero in my books more than the heroine. If that’s a “sin” for a Christian romance writer, then so be it, and I (quite unashamedly, mind you) plead g-u-i-l-t-y. I’m also an incurable romantic. Yes, I’m spilling secrets yet again. Now, some of you may want to remind me of the cliché, “It takes two to tango.” Well, of course! Without our heroine, it wouldn’t be nearly as much fun…for the hero, and those of us writing or reading about him. :)

Other authors have said it’s a much more difficult task to make the heroine likable to female readers than the hero. I agree. Women often tend to criticize and nit-pick other women to death, both in reality and in fiction. Why? Well, that’s an entirely different topic for another day. But a guy? If he’s halfway attractive, has a decent personality, shows a little muscle, has an infectious grin, can form articulate sentences and doesn’t possess too many fatal flaws, then we’re right there cheering him on in his quest to get the girl!

The one-on-one interactions between the hero and his heroine are my hands-down favorite parts of a novel. The dialogue, spunk and spark, sweet moments, longing glances…even the fiery moments where they clash or share “words.” You get the picture. Not that the 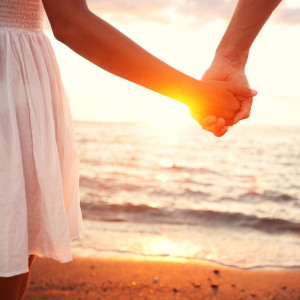 But, when the hero and heroine are “on screen” together? Ah, yes, those are my absolute favorite passages in a book. Sigh worthy. They are…simply irresistible. Those moments are what motivate me to keep going, both as a reader and a writer. If I’m invested in their lives and their growing relationship, I need them to find their HEA and I’m right there with them for the ride!

Why do I gravitate more  to the hero? This is my theory: like some of my characters, I’m an “armchair psychologist” or at least I “play” one in my books. In a way, it’s similar to actors digging into the “meat” of the characters they portray onscreen. I suspect I’m like a majority of women in that I’m absolutely fascinated by how men think. How they’re wired. Why they do what they do. What motivates them, drives them, and ultimately, what touches their hearts. That, my friends, is at the core of a romance. Personally, I also like my heroes a little grumpy on occasion. They can’t be perfect, after all.

Call me weird, but I absolutely love writing from the male point-of-view. Prefer it, actually. Words I hope I  never hear about one of my books? “Hey, you wrote that guy like a girl!” Meaning the reader can tell it’s obviously  a woman attempting to write from a man’s perspective. I cringe sometimes when I see a review (or read a book) where the hero thinks, acts or—heaven forbid—sounds like a woman in what he says—and the way he says it (oh, how I do love those deep, masculine voices).

One of the most gratifying (and yet oddest) compliments I ever received was from a strong woman of faith who said, “You know I don’t believe in reincarnation, JoAnn, but if I did, I’d say you were a man in a past life. You nailed it with Marc.” She’s referring to my novel, Second Time Around, which is written mostly (about 90%) from the male perspective. In Marc’s case, he’s appealing to female readers because of his strong passion to win back his wife in spite of seemingly insurmountable odds. I ask you, what woman wouldn’t love that? That desire, and his faith journey, is the crux of the book.

In a pivotal moment (where he’s literally sitting alone in the woods, completely miserable), Marc has an epiphany: in order to get Natalie back, he has to be willing to give her up. He needs to let go of the reins and allow God to take over since He’s so much more capable. You must understand Marc is a self-made man. He’s risen above circumstances from his past and forged a successful career as the owner of a thriving sports advertising agency in Boston. But he can also be prideful, pig-headed, judgmental and critical. And yes, grumpy. His desire to win back Natalie isn’t a competition or to prove anything to anyone else; it’s his life. Of course, when he finds out she’s expecting their first child, that knowledge fuels his goal all the more. Let the wooing begin! 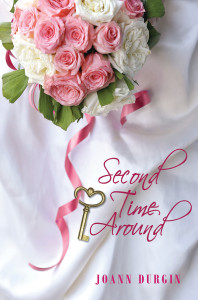 Think about a favorite romantic book or movie. Focus on the hero. Now think about something he does that makes you positively swoon. You know, that “ahh” or “aww” moment where the guy does something selfless for the girl. Not so much because he’s trying to impress her but because he absolutely adores her. Wants to please her and see her smile. Subtle ways can often be so much more effective, wouldn’t you agree?

Digging deeper, it’s often those small things (e.g., a thoughtful gesture straight from his heart) rather than the wide sweeping gesture (proposing with others standing around them, clapping and cheering them on) that capture the heroine’s heart, and ours. Not that this latter technique isn’t a great thing if used effectively. Perhaps it’s something for which he had to sacrifice. Something he can’t easily surrender, offer or give. Something he’d only give to her because she’s captured his heart.

If you’ll indulge me once more, Jake in Meet Me Under the Mistletoe tells Julia to get back in the car where it’s warm instead of standing outside in the freezing cold night. At the time, she’s trying to encourage him. This scene sets the pace and lays the foundation for a caring friendship before anything else can develop between them. Without being overly romantic, it is romantic. See what I mean?

One way my husband, Jim, is my hero is that he brings me a steaming mug of freshly brewed coffee every morning, and it’s doctored the way he knows I like it. Being romantic, even if he’s resistant, is a large part of why we love our hero, but it isn’t everything. So, your turn. What does it take for a guy to be a real hero in your eyes? Let’s count the ways. I’ll start… Loves kids, respects his elders, is compassionate, has a solid or growing faith, exhibits a great sense of humor, strong work ethic…

Please feel free to chime in! I’d love to hear examples from real life, books or movies. Time to share your comments, friends!