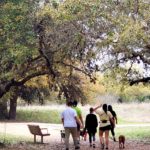 Hola! Jolene checking in from Texas Hill Country. This is from our early morning walk. Yes, all the kids and their fur babies were home for the weekend.

I’m excited to tell you that I received my author copies of my May 21 release, The Texan’s Secret Daughter. The hero grew up on a ranch, but he has pirate connections. It was so much fun playing with this idea. I want to share the inspiration of my new series, Cowboys of Diamondback Ranch, with you. 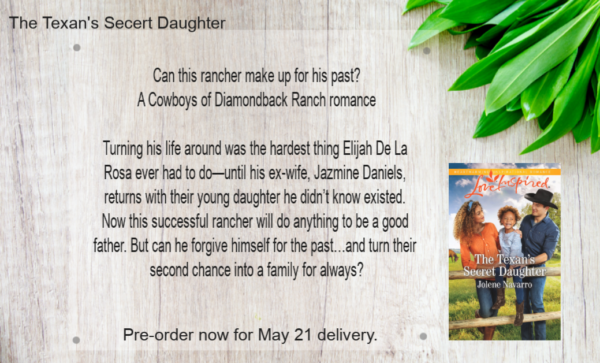 Imagine relaxing on the beautiful patio of a beachside cabin, enjoying the scenery of the coast. There’s just something so breathtaking about the dazzle of the sun off the waves, the scent brought in by the cool wind and the view of the shore. The beauty is a siren’s call that certainly makes it hard to work when all you want to do is walk on the beach and swim! 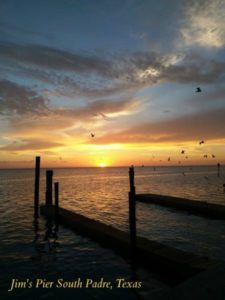 But I wanted to talk about inspiration, so here I am focusing instead of reminiscing on how beautiful it all was.

A spark of inspiration can come from anywhere, whether it’s an overheard conversation in a grocery store, or walking down the street. Sometimes, it isn’t easy to feel inspired. Other times, these moments happen out of the blue. 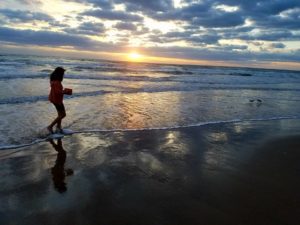 My recent spark of inspiration did just that, and came in the form of seeing The Black Dragon pirate ship sailing out in the sparkling blue waters.

For a heartbeat, I was transported back in time seeing this gorgeous 17th century galleon cruising the high seas. Then the thought struck: how can I turn a cowboy, into a modern day pirate?

The Black Dragon is a modern day cruise line in South Padre, with the theme of pirates. Captain Black-Hearted Andy, “Scourge Of the Laguna Madre” leads his crew of scoundrels and guests on an interactive treasure hunt, where you learn to walk, talk and act like a full-fledged pirate. 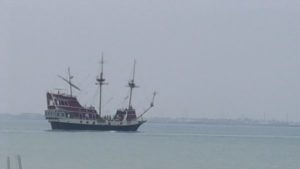 Now, this ship is modern under the water, but a stunningly designed pirate ship above water. This idea of mixing modern conveniences with the age old idea of a swaggering sailor of the high seas had the inspiration rolling like the waves of the bay.

Maybe you’re wondering why I would consider writing about a cowboy pirate, since I write about Texas, where brooding cowboys abound with their big hearts and southern boy charms. Pirates can seem like a whole other world with their life out on the ocean. But people often forget that Texas has a massive coastline and there are beachside ranches as well, so the idea isn’t that far fetched…

In fact, there are legends of pirates who took refuge in the area, Jean Lafitte is one in particular, who formed business alliances with local ranchers. It would be no surprise to learn that some of these ranchers might have had a change of heart and went to sail the seas! (This knowledge also inspired my historical, bringing cattle drives and pirates to life.)

The Diamondback Ranch is set in the fictional town of Port Del Mar. The characters grew up on a ranch on the Texas Coast. Now they are part of the land where the ocean washes ashore. I love this new setting.

So… is there really as big a difference as people think there is, between a buckaroo and a buccaneer?

Which would you pick…ride into the sunset on the back of a horse or sail out to sea for a grand adventure?

I will pick three people to win copies the early release of The Texan’s Secret Daughter for the comments below. 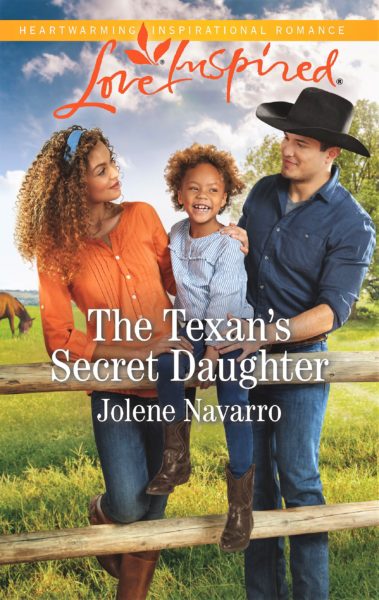