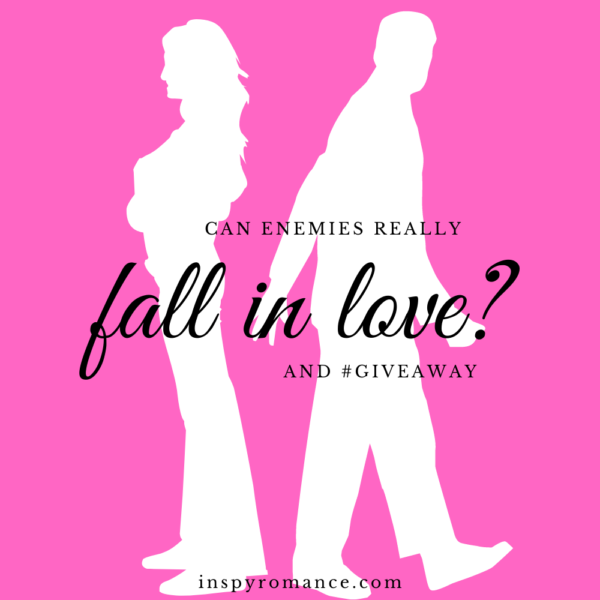 You know the story: two bitter rivals can’t stand each other one day—and the next day they’re in love (or at least in deep physical attraction). And I have to confess, it’s a story I don’t buy into.

So why do I love the enemies to love trope, then?

I’ll confess that I didn’t used to, exactly because of stories where the line between hate and love is crossed for no apparent reason aside from physical attraction. Maybe it’s just me, but I can’t see being attracted to someone you can’t stand (able to admit they’re physically attractive, maybe, but not attracted to them—I think there’s a difference).

But I’ve come to realize that when an enemies to love story is allowed to play out and develop naturally, it can be one of the most rewarding journeys in romance. You get to watch a relationship develop from (often mistaken) first impressions to a grudging acceptance to friendship and eventually to love, with both characters changing and growing along the way.

I guess that’s why several of my books have at least a taste of the enemies to love trope:

In Not Until You, Nate’s dad has sent him to Hope Springs to shut down Violet’s antique store. But as he gets to know Violet, he has to decide between proving himself to his dad and helping Violet save her store.

In Not Until Christmas Morning, Leah assumes Austin is an intruder when she finds him in her neighbor’s house. But Austin’s connection with her foster son eases them into a friendship.

In Not Until This Day, Tyler judges Isabel for sleeping in her car and then accuses her of stealing from his family’s store. But surviving a storm together leads them to see each other in a new way.

In Not Until Someday, Grace shoots Levi down when he tries to give her his number on their first meeting. But when he shows up to help her remodel her grandfather’s house into a bed and breakfast, she has to learn to work with him.

And in my newest release, Not Until Now, Kayla has to convince Cam to take care of the niece he didn’t know he had after his estranged sister is in a car accident. When they first meet, neither of them can really stand the other. She thinks he’s shirking his responsibilities. He thinks she’s meddling in his business. But as they work together to do what’s best for his niece, they find their relationship changing over time.

And I think maybe that’s the key ingredient—over time. For me, the transformation in an enemies to love story has to take place over time. It doesn’t have to be years or even months, but it can’t be instantaneous either. There needs to be a reason for it—a chance for the characters to get to know each other and, as they do so, to realize that, far from being the enemies they thought they were, they’re actually a perfect match.

What about you? Do you enjoy enemies to love stories? Any favorites? Know anyone in real life who married someone they didn’t like at first?

Giveaway: One reader who comments by March 16 will be chosen at random to win a $5 Amazon.com gift card (international winners without an Amazon.com account will receive their choice of one of my ebooks in lieu of a gift card). 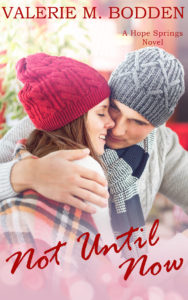 “My heart went pitter patter.… A sweet story about forgiveness, redemption and letting go of what you think is the plan for your life.”

They both know what they want. And it’s not each other . . .

Kayla has worked hard to regain her independence after her spinal cord injury, and she isn’t willing to give up that independence for anyone. Which is why she is willfully single, with no intention of dating, marrying, or starting a family—ever. But when she witnesses an accident in Hope Springs, she finds herself drawn inextricably into the life of the young girl whose mother is now in a coma—and the uncle she has to convince to take care of the girl.

On the verge of the perfect life, Cam doesn’t owe his estranged sister anything. So he doesn’t appreciate the call informing him that he needs to care for the niece he didn’t even know he had. And yet, somehow he can’t say no to the woman on the other end of the phone. He soon finds himself on a plane for Hope Springs. He’ll go there, make alternate arrangements for the girl, and get back to his real, nearly perfect life.

But as Cam gets to know his niece—and Kayla—he starts to question what the perfect life really means. And as Kayla experiences the pull of family, she wonders whether being independent really means closing yourself off to others. Can they both let go of what they thought they wanted and let God give them the love they truly need?

Get Not Until Now for the special launch price of 99¢!