October is breast cancer awareness month. If you’ve been watching closely you may have seen many people wearing pink. On TV you see newscasters and political candidates sporting pink ties or pink ribbons. Football players are decked out in pink—everything from pink sweatbands to pink shoes. Everyone wants to bring awareness about the fight against this deadly disease. I even have a tennis racquet string dampener that represents the fight. Notice the little pink ribbon on the dampener. It says, “HOPE.”

In the book series I’m writing now, I have characters who are dealing with cancer. I wanted to bring awareness about several different kinds of cancer. In my book, A LOVE TO CALL MINE, which will be available sometime in early 2016, the hero Max Reynolds is battling Hodgkin lymphoma. 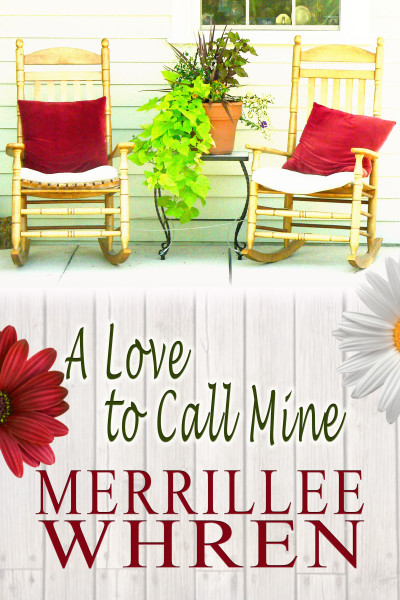 Here’s a little snippet from the book.

Alone. That’s what he was. Here alone to face this terrible disease.

His mother and his adopted father lived clear across the country near Spokane, Washington. Another problem. How was he going to break the news to his mom? How would she take it? Bad news shouldn’t have to come over the phone, but there was no other way.

“You’ve got an appointment on Monday with Dr. Joseph Duffey, who is a lymphoma specialist.” Dr. Vargas pushed a card across the desk. “Here is his information—time of the appointment and address of the clinic.”

The doctor’s statement shook Max from his troubling thoughts. “Thanks. I appreciate finding out what’s actually wrong with me.”

Dr. Vargas nodded. “I’ll monitor your progress through Dr. Duffey’s office. I know you can beat this.”

Trying to smile, Max stood despite the great weight that seemed to press down on him. He shook the physician’s hand. “I hope you’re right.”

“I have great confidence in Dr. Duffey. He’s an excellent doctor.”

“Good to know.” Max turned toward the door but stopped before he went out. “Thanks again.”

Shrugging into his jacket, Max rushed out of the office as if he could distance himself from the disturbing diagnosis. Once outside, he stopped and closed his eyes, wanting it to be a bad dream. But making impossible wishes wasn’t going to change the truth of his circumstances.

When he opened his eyes, he glimpsed his reflection in the window of the nearby building. He stared at it for a moment.

A healthy looking young man gazed back at him, but the image lied.

He ran a hand through his hair. He’d been intending to get a haircut. Maybe that wouldn’t be necessary now. The treatment for his cancer would mean the loss of his hair. No need to worry about a haircut now.

What would become of his reason for moving to Massachusetts? He’d come here to find his father’s family—the father he’d never known. Would the treatments render him too tired to pursue that goal? He hoped not.

As he walked toward his car, Max tried to take a deep breath, but the pressure in his chest didn’t subside. Half of this attitude was probably psychological. He hadn’t come into the doctor’s office with that feeling. Worry, yes. A depressing burden, no.

Now he had both.

Max is a character who came into being in my very first published book, THE HEART’S HOMECOMING. He was a fourteen-year-old boy and only had a first name in that book, but he became a secondary character in three more of my books. Now he has his own story. I’m giving away four copies of MONTANA MATCH, one of the books in which he is a secondary character.

How has cancer touched your life?