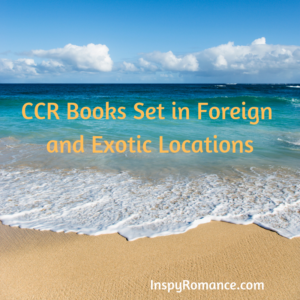 I love reading CCR (Contemporary Christian Romance) books that provide me with an opportunity to learn more about life in different parts of the world.

The familiarity of Australian settings is always fun for me to read, but I do enjoy arm chair travelling to foreign and exotic locations. The USA is a foreign setting from my perspective.

The USA is also the geographical center of Christian publishing in the English speaking world. A foreign setting CCR is typically defined as a book with a setting outside the USA.

I’ve spent the early part of 2019 moving two group blogs from Blogger to WordPress. One of those blog is the nine year old International Christian Fiction Writers blog that covers the niche of foreign setting/international themed CCR. The challenge of finding readers who like International Christian fiction was the primary reason the blog was started in 2009, and is the reason why the blog is still relevant and needed in 2019.

A Tuscan Legacy is a great example of an international CCR series. The books span three continents and include characters from the US, UK, Italy and Australia.

Our Inspy Romance authors have written many books that fit into the niche of international/foreign setting CCR. 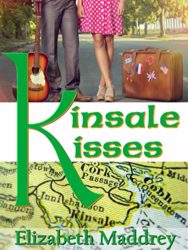 She wants stability. He wants spontaneity. What they need is each other.

Colin O’Bryan cashed out of the software company he founded and started a new life in Ireland. Content to wander from town to town as a traveling musician, he had no goals beyond healing from the betrayals that led to his career change, and finding his next gig.

After the death of her parents, Rachel Sullivan hoped her aunt’s B&B on the Southern coast of Ireland would be a place for her to settle and start a new life. Though she can’t deny the sparks in Colin’s touch, his lack of concern for hearth and home leave her torn. Can this free-spirited minstrel win her heart or will Rachel choose roots and stability over love?

This gentle inspirational romance will take you on a journey to Cork County, Ireland and give you a glimpse of Kinsale, Charles Fort, Blarney Castle, and Cobh as Rachel and Colin undergo their own journey of self-discovery as they learn that God’s plans are bigger than their own and that waiting on Him is worth the insecurity it brings. 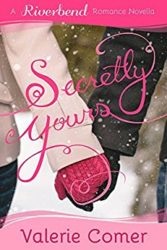 Chef Lindsey Solberg agrees to cater the church’s Valentine’s Day fundraising banquet as a favor to her teen sister, but she’s shocked to discover the bad boy from her high school days is now Riverbend’s youth pastor. Seriously? How could he have changed that much?

Nick Harrison has prayed for years for an opportunity to make amends. Now Lindsey’s back in Riverbend and won’t give him the time of day. What’s a guy to do except leave a trail of gifts from a secret admirer?

Lindsey’s heart takes a beating when she realizes the boy who was never good enough is now a far better man than she deserves.

Riverbend, BC, is the quaint Canadian town you wish you were from, where everyone knows everyone, seasons are celebrated, and love is in the air. 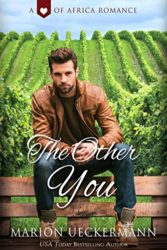 The Other You (Heart of Africa) by Marion Ueckermann

Who am I? The question has Taylor Cassidy journeying from one side of America to the other seeking an answer. Almost five years brings her no closer to the truth. Now an award-winning photojournalist for Wines & Vines, Taylor is sent on assignment to South Africa to discover the inspiration behind Aimee Amour, the DeBois estate’s flagship wine. Mystery has enshrouded the story of the woman for whom the wine is named.

South African winegrower Armand DeBois’s world is shattered when a car accident leaves him in a coma for three weeks, and his young wife dead. The road of recovery and mourning is dark, and Armand teeters between falling away from God and falling into His comforting arms.

When Armand and Taylor meet, questions arise for them both. While the country and the winegrower hold a strange attraction for Taylor, Armand struggles with the uncertainty of whether he’s falling in love with his past or his future. 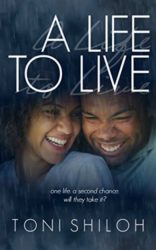 A Life to Live by Toni Shiloh

Mia is headed to the famed Nottingham for a month long vacation. She never imagined she’d run into her high-school sweetheart thousands of miles away from her home town. Why would God throw them back together?

Caleb always regretted the way things ended with his high-school girlfriend, Mia. After a chance encounter in the streets of Nottingham, Caleb feels God is giving him a second chance to right the wrongs he committed. Unbeknownst to him, Mia has secrets that may require his forgiveness. Will her past overshadow his wrongs?

As Mia and Caleb work through old hurts and broken hearts will they let the blessing of forgiveness redeem their relationship? 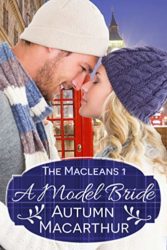 An American girl in London for the holidays falls in love with a Scotsman.

When Tiffany Gallagher flies to London to spend the holidays with her family, volunteering at a homeless shelter on Christmas Day isn’t part of her plan. Nor is having to travel to Edinburgh with Mac, the wounded and cynical Scottish photojournalist also volunteering at the shelter, to get the New Year’s Eve she’d dreamed of, a Scottish Hogmanay.

Returning to London determined to prove to her family and to herself that she’s good at something other than shopping, she sets up an ambitious back-to-work partnership between the shelter and Pettett & Mayfield’s department store. But her scheme means she and Mac are thrown together. When he turns the camera on her to help her get a modelling job, she begins to see past his wounds and discovers a man she could easily fall in love with.

Neither is looking for love, but love finds them anyway, though it can’t last when their plans will take them in different directions. Can they learn in time that no matter what they’ve planned, God’s loving purpose for their lives can’t be denied? 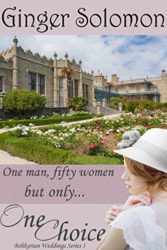 An American, missionary girl raised in a foreign country takes it as her own only to be selected to join 49 others as the prince hunts for a wife.

Cahri Michaels is American by birth, but Belikarian by choice. Being selected to participate in the Bridal March forces her to give up the independent life she’s created for herself. She’s not ready to be anyone’s wife, much less to a man she doesn’t know.

Prince Josiah Vallis despises the centuries old tradition—the Bridal March—that is forcing him to choose a wife from fifty women. Why does it matter that he’s twenty-five and still single?

When Cahri and Josiah meet, passion ignites. Will it spark a godly love that can see them through or will they be burned, never to be the same? 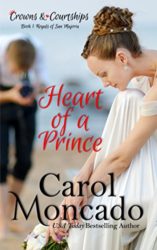 The story of San Majoria’s Crown Princess Astrid and Canadian Jordan Haines as they try to find God’s hand in the cards they’re dealt.

Canadian Jordan Haines is on vacation in the Caribbean. After the summer he’s had, a couple months of fun in the sun is just what the doctor ordered. What he didn’t count on was meeting a beautiful woman on a private beach – or falling hard.

Crown Princess Astrid of San Majoria seems to lead a charmed life. Just like everyone, there’s tragedy in her past, but she lives in a palace, has aides to do everything – and paparazzi hounding her private moments. Her sanctuary on her family’s beach is broken one day when a tired windsurfer takes refuge in her cove – and works his way into her heart.

But it’s just a summer fling, isn’t it?

After all, Jordan will be returning to Canada before long, won’t he?

When pictures of the two of them, and what looks like an engagement ring, appear in the tabloids, they have to deal with fallout – and the beginnings of a real relationship. Secrets kept become hearts broken as they try to discover if Jordan really has the heart of a prince. 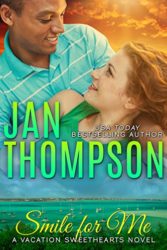 Smile for Me: International Summer Love in the Bahamas… A Christian Romance Novel (Vacation Sweethearts Book 1) by Jan Thompson

Set in Nassau, Bahamas, with an American heroine and a hero from the Bahamas.

She is laid back.
He is uptight.
Never the twain shall…kiss?

A deadline-driven workaholic assistant school principal who meticulously plans his schedule months in advance meets an easygoing art teacher and studio potter with no sense of time, living her life as the seasons come and go. When they cross paths again at the Summer by the Sea Day Camp sponsored by his church in Nassau, Bahamas, how can they get along if they cannot see eye to eye?

Do you read CCR set in foreign or exotic locations (real or fictional places)? Which setting would you like to read more in CCR books? I’d love to hear your thoughts and experiences.