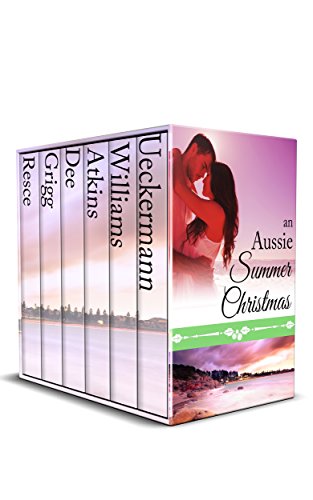 It’s spring in Australia and the weather is starting to warm up in my part of the world. I’m thrilled to share with you my latest release, Seaside Christmas, in An Aussie Summer Christmas boxed set. The collection contains six brand new Christmas novellas including Marion Ueckermann’s novella, Melbourne Memories.

Melbourne Memories is Marion’s first book set in Australia. She has taken her readers on a journey to three continents (Europe and Africa) in her international contemporary Christian romances.

Seaside Christmas is book 3.5 in my Sydney Sweethearts series. Books 1-3 were previously published by Heartsong Presents. I’ve received the rights reversion for my Heartsong books, and I’ll be independently publishing the backlist titles soon. 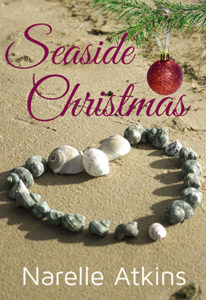 Chelsea Somers is the girl he never called back.

Six years later, former bad boy Gus Donovan is intrigued by Chelsea, but his past mistakes continue to haunt him. Gus is determined to prove he’s a changed man—prove it to his friends, his family, his father. And prove it to Chelsea.

Chelsea has embraced the faith she once mocked, and she’s focused on furthering her career in health promotion and staying away from politics. She’s drawn to Gus, although his busy role as an advisor for an Australian senator doesn’t impress her. When she’s forced to confront her fears and deal with a past family tragedy, can Gus convince her to trust him and take a chance on him?

Chelsea is a new character in the series, and Gus was a minor character in Seaside Proposal (Book 3). A core conflict in the story relates to politics. She can’t stand politics, and that’s the world he inhabits. The focus of the story is on the romance. You won’t hear about Gus’s political views, or any political views, in the story. As a reader I prefer to avoid romance stories that have a political slant or agenda.

Australians are laid-back, and we don’t take ourselves too seriously. The following clip is from an Australian current affairs program. It’s a parody of the first week of our new parliament earlier this month using the movie Kindergarten Cop. It also sums up Chelsea’s thoughts on politics, in general.

An Aussie Summer Christmas will transport you to a warm Australian coastal setting for Christmas. Sun, sand, and surf instead of winter, snow, and mistletoe.

Have you celebrated Christmas Day at the beach? Or, Christmas in the Southern Hemisphere? I’d love to hear your thoughts and experiences.