Have you ever had an idea but then you second guessed yourself? Guilty as charged for me.

For the last year or two I’ve wanted to be in one of those themed book bundles. You know, the ones where a group of authors band together and offer four or more stories that are linked by a similar concept and then it’s usually released at a bargain price. 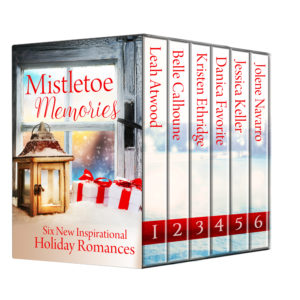 All last year I brainstormed ideas for book bundles and kept mulling over spearheading one. But I second-guessed myself time and time again. I’d never been in a bundle before so I didn’t know the first thing about how to lead or organize one. However, each time I pushed the thought aside I wound up regretting it. Funny how that happens.

Finally, after some wonderful cheerleading from our own beloved Carol Moncado, myself and author Kristen Ethridge banded together to gather author friends and launch a Christmas themed book bundle. And that’s how the bestselling Mistletoe Memories: Six New Inspirational Holiday Romances was born!

We’ve had a whirlwind month with the release of this bundle. Last Saturday we hit the 236 spot on paid kindle books on Amazon. That means out of every single ebook available, our little bundle was selling at 236 best. To say we were beyond excited is putting it lightly.

The really special thing about this bundle is that all the stories included in Mistletoe Memories have never been published before. These stories were written exclusively for Mistletoe Memories! So for 99 cents you get 6 brand new stories. Also, my story (It Was You) launches a brand new series (King’s Cove) that will have two more novellas releasing before the end of the year.

I’ve included a quick description of each of the stories in the bundle below.

Wrapped in Love, by Leah Atwood: Cara Scott doesn’t know why she stays in Weatheron. No career opportunities, no family, and no husband prospects. The only man who interests her, Jase McCade, doesn’t date, and hasn’t since a nasty breakup several years prior. Stuck in a rut, she contemplates leaving the only home she’s ever known. Jase McCade loves Cara, but a previous relationship leaves him hesitant to giveaway his heart. When he notices Cara has been down in the dumps lately, he knows he has to act soon or risk losing her. The annual Weatherton Christmas Extravaganza presents him with the perfect opportunity to show his love for her. Can a single weekend filled with Christmas charm change everything?

The Heart of Christmas, by Belle Calhoune: Christmas hasn’t been the same for Eden Lassiter since the death of her beloved grandmother four years ago. Gran was the heart of Christmas and Eden hasn’t embraced the spirit of the season ever since losing her. In fact, she’s lived a fairly reclusive life other than her job as a vet’s assistant at The Country Vet practice. When a stranger shows up at on Eden’s doorstep one stormy evening, she is shocked to discover the handsome man is none other than her childhood friend, Brady Shepard. He’s all grown up now and gorgeous. Now a veterinarian, Brady is taking over the practice for his ailing grandmother, Vicky Shepard, who happens to be Eden’s boss. As Eden and Brady begin to work together, Eden’s heart begins to open up to the spirit of the season…and to Brady.

Moonlight and Mistletoe, by Kristen Ethridge: Whitt Peoples knew this Christmas would be the worst holiday he could ever face, as he returned to Port Provident to say goodbye to his dying grandmother. He hopes to slip into town and back out without running into the family who turned their back on him when he was a kid. Samantha Spaeth isn’t afraid of anything, except the fact that she is running out of time to save one of Port Provident’s most historic landmarks. When Whitt asks her to navigate Port Provident’s history in order to help him discover the secrets from his own past, she accepts the challenge because she needs all the allies she can find to preserve the island’s heritage. Can a woman who lives for a love of the past make Christmas meaningful for a man who’s spent his whole life running away? 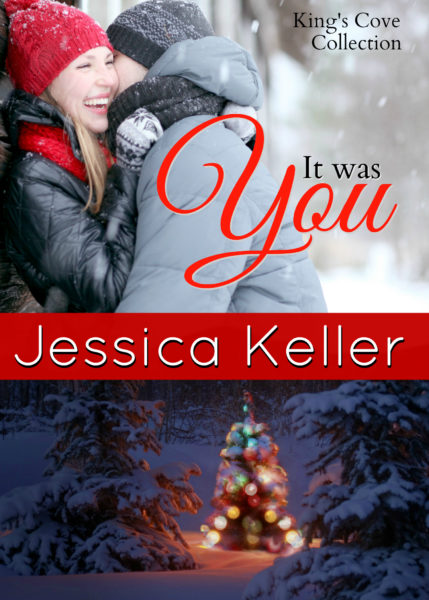 Mistletoe Wedding Reunion, by Danica Favorite: When Nate Higgins arrives for his best friend’s wedding weekend at a Colorado mountain lodge, the last person he expects to see is his old flame, Cordelia Blake. He’d always thought they’d be walking down the aisle as man and wife, not members of the same wedding party. When their unresolved past creates discord between the bride and groom, can Nate and Cordelia made amends long enough to save the wedding…and maybe find a way to have a wedding of their own?

It Was You, by Jessica Keller: Natalie Rhodes vowed she’d never return to King’s Cove. But after her business failed, she’s forced to go home. At Christmastime, no less. When Tanner Avery offers her a temporary job as a fill-in chef at the resort he runs, Natalie believes it could be her ticket out of town. However, growing feelings for Tanner along with a Christmas mystery end up making it more difficult to leave than Natalie ever imagined

Forever Christmas Kiss, by Jolene Navarro: Isabella Cortez is a small town librarian with a large family and has been in one too many weddings. This Christmas might be the worst. Not only is she still single, but she is standing in her twin brother’s second wedding. His best man is the opposite of everything she wants in a husband–an artist, and the biggest Peter Pan she has ever met. Xavier Sanchez grew up in foster care, and has no family or traditions. He lives in the moment, which gets him in trouble. Can the rock steady librarian help give him roots? Can he teach her to take a risk and fly?

I’m giving away a digital copy of Mistletoe Memories today to someone who comments! I’d love to hear about one of your cherished Christmas memories or a time when one of your friends encouraged you to do something outside of your comfort zone like Carol did for me.

A coffee drinker, avid reader, and chocolate aficionado, Jessica is multi-published and writes sweet romance for Love Inspired. She holds degrees in both Communications and Biblical Studies and has worked as a zookeeper, a librarian, camp counselor, horse wrangler, housekeeper, and finance clerk, but now loves her full-time work in municipal government. Jessica and her family live in the Midwest.