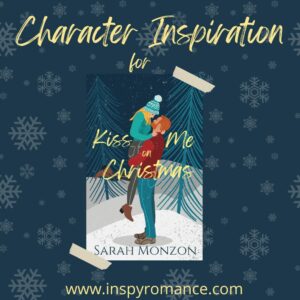 Happy Tuesday, friends! There’s been lots of talk this month here on InspyRomance about Christmas books…and I’m ready to board that train! I love Christmas, but, surprisingly, before this last year, I had only written one teeny tiny Christmas romance novella in all my 7 years of publishing–12 Days of Snowmen (a free download for those who subscribe to my author newsletter). Crazy, I know. Over the last year, however, I’ve written two more Christmas romances and now I’ve become a little obsessed, and I think I’d be happy adding a lot more festive love stories to my backlist (dare I say only write Christmas books?). Of those 2 stories, one released this season and one will release next year. I honestly hadn’t even planned to write Kiss Me on Christmas until I was invited by some other authors to join in a collection with the theme being Destination Christmases. Of course that got my mental wheels turning. What would a destination Christmas look like? Where would it take place? Then I kind of laughed because if that scenario–going somewhere instead of staying at home–ever presented itself to my family, it would not go over well…especially with my son. *Cue epiphany sounding bell chimes* Ladies and gentleman, a story idea was born. 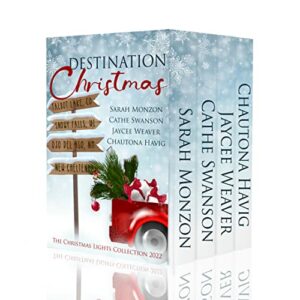 Maybe you can guess who I’m going to say the inspiration for one of the key characters in Kiss Me on Christmas is. Hint: It’s not Chris Hemsworth or any other good-looking actor. Second hint: This character isn’t the hero or the heroine though he’s a main catalyst for the plot of the book. If you guessed my son, the birth point of the story if you will, then you’re correct! Now the question to answer is why would I laugh at the idea of a destination holiday and why would that sounds so terrifically horrible to an 11-year-old boy. Well, if you’re an 11-year-old boy on the autism spectrum in which change is a major trigger to anxiety and Christmas is your favorite holiday because it is so steeped in tradition, i.e. things you can count on that happen every year, then you might not think going some place new or exotic for the holiday is a good idea either. 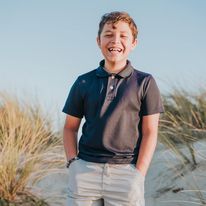 My son, Elijah, gave me permission to use him as inspiration for the character of Liam. Both Elijah and Liam received their diagnosis of ASD (autism spectrum disorder), ADHD (attention deficit/hyperactivity disorder), and GAD (general anxiety disorder) later than maybe a lot of other kids and are still processing what this means to the way they think and experience the world around them. While Liam and Elijah have a lot of similarities, they have a few differences as well. Both of them, however, want you to maybe come to a better understanding of neurodivergency and the challenges and successes that come from a brain that may process things a little different than typical.

Hobbies: Parents have time for hobbies?

Dislikes: Feeling helpless, judgmental people, things out of her control 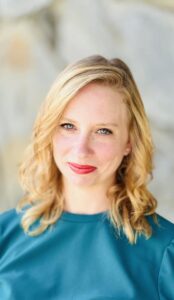 So if my own son was the inspiration for the son in the story then I guess it’s no leap to say that I used myself as inspiration for Kaitlyn Stafford, Liam’s mom, the heroine. Obviously our stories are not identical. I’m happily married and have been for almost 14 years and Kaitlyn is divorced. However, the parts about being a mom and learning about a new diagnosis and navigating those waters while trying to make the world as easy to navigate as possible for her child…those parts are definitely all from me. In that aspect, this book is an #ownvoices story.

Hobbies: Hiking, Tinkering, Sitting on the back porch watching squirrels traverse the maze he built

Dislikes: Internet trolls, being recognized from his YouTube channel

I knew I wanted Beckett to be a YouTuber so I went through the list of YouTubers my son likes to watch and immediately bypassed the ones that play Minecraft and the one that lets venomous animals bite and sting him and settled on Mark Rober. Now, Beckett doesn’t really look like Mark Rober since Beckett has red hair, but I fashioned him with the same education background–engineering–and some of the same type of videos that Mark Rober likes to film–educational and engineering based. Mark Rober also has a son on the autism spectrum. But besides the engineering and YouTube similarities, any other similarities between the two are strictly coincidental.

Now that you’ve met some of the characters in Kiss Me on Christmas, here’s a little more about the book:

Single mom Kaitlyn Stafford has never considered Christmas a balancing act, but when her sister calls with the news that she’s getting married in less than two weeks—on Christmas Day—that’s exactly what the holiday looks like becoming. Helping with the out-of-state wedding will be fun. The challenge will be doing so while accommodating her neurodivergent son’s need to keep every single one of their Christmas traditions while they’re away from home. It’ll be tricky, but she can do it.

At least, that’s what she thinks before her son’s favorite YouTuber, Beckett Walsh, shows up on the scene, knocking her world off-kilter with his speaking glances and knowing smiles. How on earth is she supposed to pull off her balancing act when her world’s just tilted on its axis?

Kiss Me on Christmas can only be read in the Destination Christmas collection for ebook format but it is also available as a stand alone in paperback.

I’m happy to offer a giveaway opportunity exclusively for InspyRomance readers! For a chance to win a paperback copy of Kiss Me on Christmas (US only) (ebook of the Destination Christmas collection for international), please tell me either where you’d like to go for a destination Christmas or what your favorite Christmas tradition is.