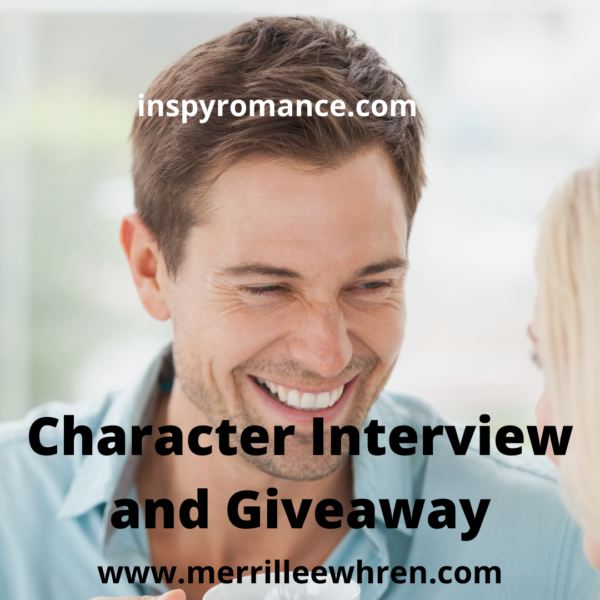 Today Zach Dawson is here for an interview. He is a celebrated pro football quarterback whose record-setting career was cut short by a horrendous injury. Our reporter is looking to find out what is happening in his life today.

Zach: Thanks for having me. It’s been a while since I’ve done an interview.

Reporter: I’m sure you’ve done plenty of them during your playing days.

Zach: For sure. Too many to count.

Reporter: Now that you’ve recovered from your injury, do you plan to return to football?

Zach: No, my football career is over. I’m grateful for the time I had playing the game, but I’m focused on the next phase of my life.

Reporter: Would you like to tell us about it?

Zach: Absolutely. I’m excited to tell you about the Twelve Dogs of Christmas project. I teamed up with Phil Waller, the owner of Master’s Dog Food. During the month of December, we gave away twelve dogs to deserving children who entered the giveaway this year. After much deliberation, we picked out twelve winners and awarded the dogs.  Meeting the winners was a highlight during the Christmas season of this past year.

Reporter: What prompted you to join in this endeavor?

Zach: Phil Waller has been a friend and mentor to me since the early days of my pro football career. He is like family to me. He especially helped me through the recovery from my injury since my family lived in Germany where my father worked until just recently. They have just moved back to my hometown of Kellersburg, Ohio, after living in Germany for over ten years. Besides wanting to help Phil with this project, this was my chance to do something good and give back. I’ve been so blessed, and I wanted to share some of those blessings with others.

Reporter: I heard that your female counterpart on the project had to quit because her mother became very ill. How were you able to replace her at such short notice?

Zach: When we went back to my hometown of Kellersburg, Phil tapped a young lady from there. It completely surprised me, but Phil can pick out talent when he sees it.

Reporter: So who is this young lady?

Zach: Her name is Maisey Norberg, and our families have been friends for years. I can’t believe I used to babysit her and now she’s all grown up. She sang and shared the interview responsibilities during the documentary.

Reporter: Tell me more about the documentary.

Zach: We traveled across the country and gave away dogs in Illinois, South Dakota, Montana, Washington state, Arizona, Texas, Tennessee, Florida, Georgia, Maryland, Massachusetts, and Ohio. Some of the dogs were service dogs such as a guide dog for a blind young man, a dog for the hearing impaired, an allergy detection dog, a diabetic alert dog, a mobility assistance dog, and an autism support dog. Other dogs were given to children who had overcome things like cancer, heart disease, and sickle cell anemia. The winners were difficult to choose because there were so many deserving entries. We hope to do another giveaway at the end of this year. The documentary will be aired this coming December.

Zach: Your use of the word amazing makes me smile. Maisey is always using that word, but she’s the one who has been amazing in this whole project. Phil definitely knows how to recognize talent.

Reporter: Do I detect an interest in Maisey that goes beyond the documentary?

Zach: Off the record.

Reporter: Okay, off the record.

Zach: During the years of my football career, my love life was the stuff of the tabloids, and I don’t want this relationship, as new as it is, to find it’s way there. I’ve made a lot of mistakes, and I don’t want to make any this time. So I’m not saying anything beyond that.

Reporter: Fair enough. I wish you the best with your endeavor, and I look forward to watching the documentary next year. I’d like to have another interview at that time, and maybe you’ll give me an update on Maisey. What do you say?

Zach: I’d be glad to do another interview for more promo on the documentary. Thanks for giving me this opportunity to promote this wonderful cause.

Reporter: You’re welcome. Okay, folks, I hope you enjoyed this talk with Zach Dawson. If you’d like to know more about Zach and Maisey, you can read Hometown Hero by Merrillee Whren. 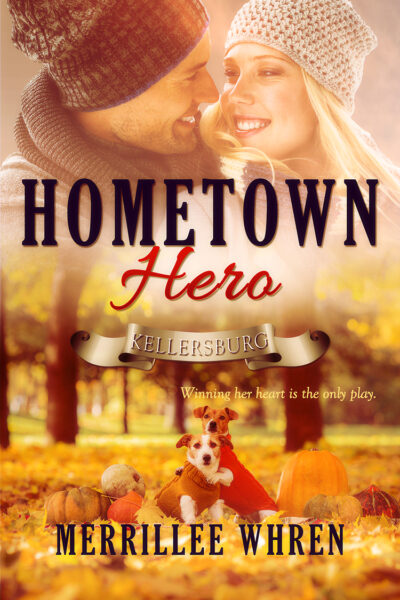 You might enjoy the whole Kellersburg series. You can learn more about the books in the series here. 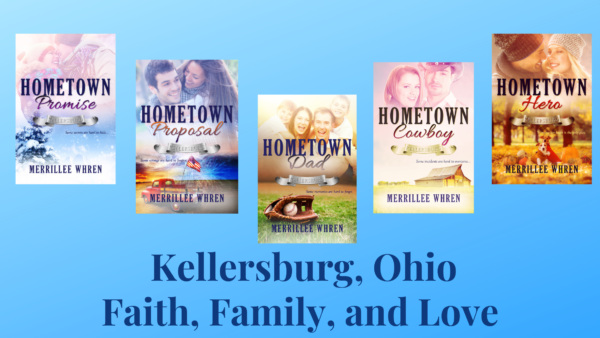 What is your favorite part about reading a series? I will give away an ebook copy of the first book in the Kellersburg series, Hometown Promise, to one person who leaves a comment. I will draw the winning name on January 25, 2022 at 9PM MST.