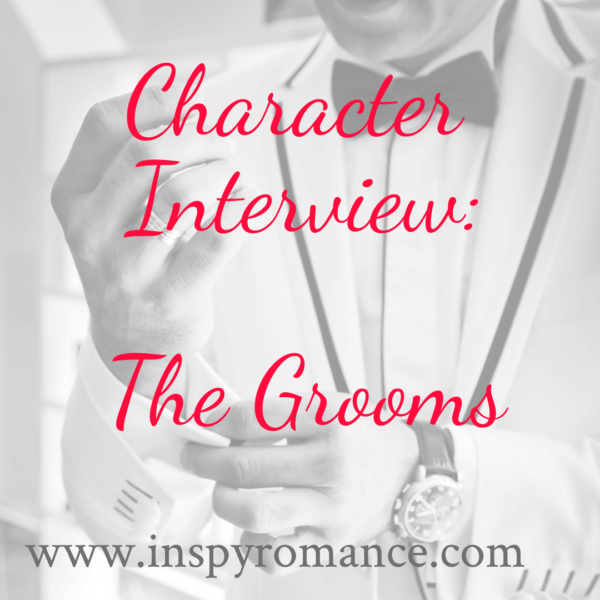 Hello! We have a special Inspy Romance post today! The upcoming The Second Yes Crossroads Collection is all about wedding bells — and wedding dresses!

First they said yes to their guys, but now it’s time for the second yes–the dress! 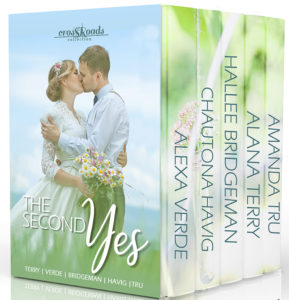 Today, we’re interviewing all 6 grooms in the collection. They were all asked the following question: What went through your mind as you asked her to marry you (or she asked you to marry her)? Any fears, apprehensions? 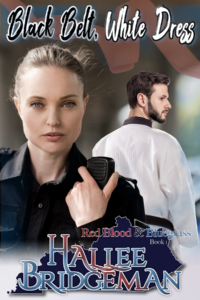 Joining us first is Travis Seaver of Hallee Bridgeman’s Black Belt, White Dress: Taekwondo Master Travis Seavers received his teaching degree at the University of Kentucky. He’s put that education to good use running the Charula Taekwondo Academy. He and Traci have been dating for three years and are looking forward to a June 22nd wedding.

Travis: My biggest fear in asking Traci to marry me was the certainty that she would say no. She has made it clear that she wanted to maintain independence and her career as a sheriff deputy, and that children have never been in her perceived future. I love children and teach them all day. I love Traci, have been in love with her for years. I knew I had to reconconile not having my own children, and looking at a future with her, it was an easy decision. I knew God designed her for me. I just didn’t know for sure that she knew. I carried that ring around with me for weeks. I’d never have picked proposing in the middle of Betsy’s Diner, but the inspiration just hit me and I did it before I could talk myself out of it. You should have seen the look on her face! I was certain she’d say no. When she saw the ring — the black silicone ring — everything changed and in my heart I knew I was looking at my future wife. That was just the beginning, though.

Now we have Edgar Delaney from Alexa Verde’s Season of Surprises! Edgar left his hometown to get a degree in finance. Now he’s an executive of a large company in Houston and loves helping people build their future and have resources to make their dreams come true. His only regret is his high school sweetheart, Sierra, never followed him, as intended, and he still can’t forget his first love.

Edgar: As my proposal was about a decade too late and Sierra can be rather feisty, I was afraid she’d say no. And with Sierra, one never knows what to expect. She nearly knocked me unconscious once with a paperweight by accident! So I figured that choosing a public event–her aunt’s and my uncle’s wedding–should help me. But my heart tumbled to the ground when she started her answer with the words that she should say no… Because once we saw each again, I knew God meant her for, but could I persuade her of that? 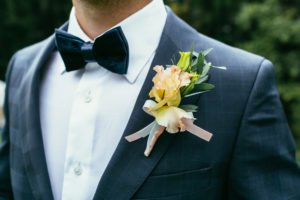 wedding boutonniere on suit of groom with bow-tie

Our next guests are from Amanda Tru’s The Second Yes! Why two grooms? Because, dear readers,  we don’t know who the bride actually will marry until the end of the book — and no spoilers!

First up is Adam Caldwell. Adam is a small-town lawyer who has loved London Hutchins since they were high school sweethearts. She broke his heart when, after graduation, she left for the big city to pursue her dreams as a fashion designer. But Adam picked himself up, pursued law, and managed to find himself along the way. Now, his practice is successful and he’s motivated in his own dreams. When London returns to stay, Adam realizes that the only piece missing from his life is the woman he’s never forgotten.

Adam’s answer: London and I were always meant to be together. Even in high school, I knew she was the one. Convincing her of that has been the struggle. After she left, I’d moved on with my life, but I’ve never given my heart away fully because deep down, I knew it was already taken by the smartest, kindest, most conscientious girl in class. When London came back to Crossroads, I knew immediately that God had sent her back to be my wife. I know she felt it, too. She’s wanted to take things slowly, which I completely understand, and with her ex still bothering her, it hasn’t been nearly as easy to pick up where we left off. I just had to keep believing that even through our difficulties, our paths were destined to come together. When I proposed, I wasn’t really afraid or even nervous. Our past, present, and future combined, and proposing just seemed as natural as breathing. I know that the magic of our first love is still alive and will carry us to the altar and beyond to the amazing future I have planned for us. 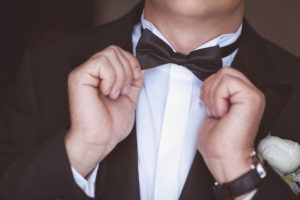 London’s other fiance is amous movie star, Mason Bryce. After his brother is killed, Mason rededicates his life to the Lord and turns from much of the Hollywood lifestyle he’d fallen into. Among his regrets is his ex girlfriend, London Hutchins. He’s never felt for any woman the way he felt for London, and yet now he realizes he hurt her deeply. The problem is, he wats more than just forgiveness. He wants a second chance. Now he’s caught between Hollywood and Crossroads, trying to balance his work and fame with winning back the woman he loves.

Mason’s answer: I’ve tried to show my love to London and prove that I’ve changed, but I know it may not be enough. I hurt her deeply, and even though she says she can forgive me, that hurt just doesn’t go away. I know that we may never be able to fix our relationship, and yet I love her anyway. So much that I gave her time to decide between me and her high school sweetheart. Even though I couldn’t guarantee who she would pick, I proposed anyway. Yes, there was a great deal of fear involved, I didn’t know who she would choose, who she should pick. Would she go back to her first love or return to the one who truly didn’t deserve it? Even as the words of the proposal left my mouth, I knew I deserved a ‘no.” Yet, I couldn’t quell the hope that maybe she’d choose me after all. 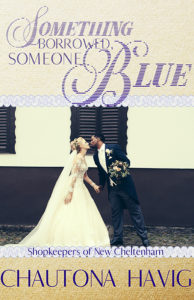 Our next groom is Preston St. James IV from Chautona Havig’s Something Borrowed, Someone Blue. Preston knows what he likes and will do almost anything to get it. Rising in the ranks of his family’s company, he’s normally too busy to bother with things like ladies’ accessories or the flowers for his upcoming wedding. But weddings are once-in-a-lifetime affairs, and he’s determined to make sure his is as perfect as his bride is.

Preston’s answer to the question: There was a moment of uncertainty when I wondered if I had made the right call regarding the ring. I know my parents don’t approve of it for several reasons, but it is the finest ring I could find and justify purchasing, and Lara deserves the best. Since I proposed rather quickly after we met, I knew there might be the possibility that she would desire more time before saying yes, so I came prepared to present a case she couldn’t reject. Thankfully, all I needed to do was remind her that we could postpone at any time if she became uncertain. Compromise is always wise in such cases.

Our final groom in the Second Yes collection is Carl from Alana Terry’s Sewn Together.Carl is a former linebacker in the NFL and now a full-time pastor living with his family in Massachusetts.

Carl’s answer: When I ask Sandy to marry me, I was sure she would say no. She’s a sophisticated southern belle and drop-dead gorgeous. I was nothing but a campus minister without a penny to my name. But she said yes and we’ve made a life together and I thank God for my bride every single day.

Want to read more about these grooms and the bride who love them? Check out The Second Yes. It releases June 11th, but the preorder is available now! Click here to find out more! In June, we will be bringing you an interview with all of the brides! 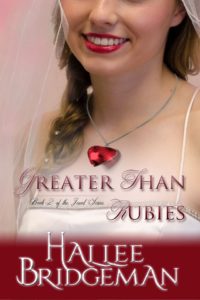 Do you have a favorite wedding memory? One commentor will win an autographed paperback of my Greater Than Rubies — another beautiful contemporary Chritian romance wedding story. A winner will be picked May 22nd.

Robin Bartlett said yes. Soon, she will say I do. Or will she? Robin is planning her dream wedding to Antonio “Tony” Viscolli. Anxiety hits when she realizes the magnitude of marrying one of Boston’s “Royal Family.” While juggling wedding stress, her father’s legal problems, and Tony’s recent taking on of a ward — forgotten nightmares return reminding Robin of the horrors of her past.