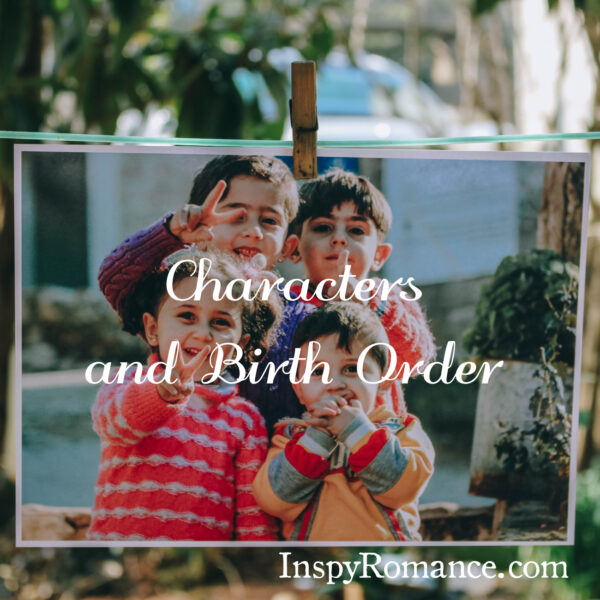 Years ago, I was fascinated by Dr. Kevin Leman’s The Birth Order Book: why you are the way you are. He talks about firstborns, only kids, middle kids, and lastborns. He talks about how gender plays a role in what you’re like, especially if your parents drew traditional gender lines. And he talked about age gaps.

Basically, I concluded that I’m confused — surprise! — because I’m the youngest of five girls… but with a six-year gap from my nearest sister, which is enough to also have firstborn/only traits. Many comedians and good salespeople are lastborns, which explains why I’ve often been drawn to sales positions. But I have just enough first/only traits to then be BAD at sales!

But as I create characters, I think about their roles and positions within their families. I’ve been writing the Cavanagh Cowboys Romance series over the past couple of years. This family is a his, hers, and theirs family. Declan and Kathryn each came into the marriage with three boys. Her eldest (Adam) was older than his eldest (Travis), which sparked a rivalry between them, especially on Travis’s side, since he was no longer the oldest kid in his family.

Kathryn also had a set of twins, who were their own unit and didn’t need to mesh with their stepbrothers. The very youngest, by four years, was Declan’s son, Ryder. He was not only the baby of his original family but of the blended family, and he held that position until the “theirs” part of the family, twin girls, were born when he was seven.

I had a ton of fun with Ryder and his personality. What would five older brothers do to a kid? How would he find his own spot in that size of a family, especially when his birth mom walked out and his stepmom became estranged from his volatile dad? What would he think of those baby sisters as they grew up?

Ryder Cavanagh felt like no one saw him as a grownup. His brothers didn’t. His dad and stepmom didn’t. And then what’s a guy like him to do? He’s 24 as his story opens and in love with a woman who’s not only almost four years older, but the cousin of his stepbrothers. But he also has to prove himself, or so he thinks! 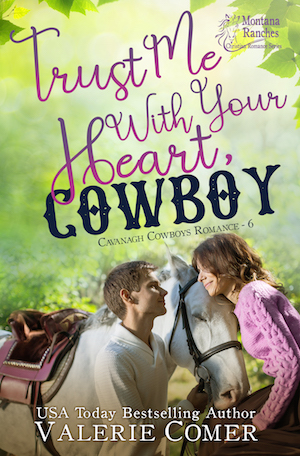 Ryder Cavanagh yearns to be seen as more than a tagalong kid brother, so he invites his law-student buddy to assess rumors involving his stepbrothers’ uncle. Ryder doesn’t stand a chance with the suspect’s beautiful daughter, anyway. Ryder is several years younger, and then there’s the family connection.

But Carey Anderson is not immune to the unassuming cowboy. She’s back in Jewel Lake to be near cousins and friends, to escape the continuing fallout of her parents’ spectacular divorce, and to daydream about Ryder. Who cares about three years age difference when they’re both in their twenties? Making the first move feels risky, but it might be worth it.

Fragile trust could come to a screeching halt if Carey discovers the investigation Ryder can’t derail. Is truth compatible with trust and love?

Trust Me With Your Heart, Cowboy released last week. It’s the sixth and final story in the Cavanagh Cowboys Romance series, available on Amazon and in KU.

Have you studied birth order? If yes, do you think your personality is “classic” for where you fit in your family? Have you ever read a story and thought, “no lastborn (pick the position) I know would ever act like that!”? Tell me!