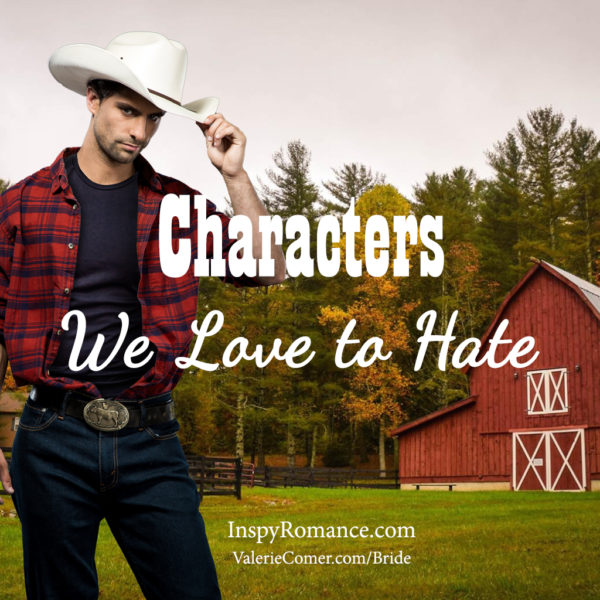 That guy. The one who’s been doing his own thing for the first five books in the series. Not exactly exemplary behavior, you know? He’s the brother of two previous heroes, but he’s not precisely hero material himself.

What would it take to redeem him? To turn him into a character readers will root for? A hero a worthy heroine will fall for?

This was my dilemma as I set up the sixth Saddle Springs Romance in previous stories, especially the pages of the fifth. Rodeo star Sawyer Delgado had wandered through previous tales, playing a larger role in some than in others. About the nicest thing you could say about him was he had a great family. Oh, and a lot of self-confidence, although if you were being negative, you’d call him egotistical and full of himself.

This is not a spoiler alert. If you’ve read the fifth book, The Cowboy’s Belated Discovery, you’ll remember how much you disliked Sawyer. You began to suspect some things about his early-in-the-tale tryst with a local waitress and, if you read the first chapter of the sixth book at the back of the fifth, your suspicions were confirmed.

Sawyer’s girlfriend became pregnant then ghosted out of his life, setting up their story in The Cowboy’s Reluctant Bride. Ah, the title. That might give away a clue or two about which direction the story will sway.

But why would you care what happens to Sawyer? He’s an arrogant jerk, and he deserves to be shunned. He deserves to suffer. He does not deserve to get the girl, especially if she’s a nice girl. But… is she?

Can people change? Sure, they can. We’ve all seen great examples of that in Real Life™. It can happen in stories, too, but in every case, there has to be a reason. There needs to be some sort of logic that you, dear reader, can follow. Something needs to happen to shake the person, real or imaginary, out of his or her rut.

My editor and I discussed the couples in the series a while back, and she said to me, “I know you’re going to turn Sawyer into a worthy hero, but I don’t see how. He’s a jerk, and I don’t like him.” And, yes, I grinned. Because when she edited the first chapter of his story, she said, “Okay, fine. You’re going to pull it off. I can see it now. But I still don’t want to like him.”

She’s editing the entire novel right now, and apparently he’s growing on her.

Sawyer’s catalyst is visible in the first chapter, which you can read here, so this isn’t a spoiler! He’s witnessed a horrific accident during a rodeo competition, and one of his best friends has been critically injured. Research tells me this kind of accident is extremely rare. I had to watch a lot of footage of saddle bronc competitions to get a feel for how I could make things go drastically wrong for this story. Poor me, right?!?

So, Sawyer is on the path to being a changed man at the beginning of his tale. We don’t know Anna Winter well. She’s been casually mentioned in several of the previous books, but she’s had much less screen time than Sawyer. She’s pregnant now with Sawyer’s baby. He’s now a good guy and wants to marry her, but there’s this title, The Cowboy’s Reluctant Bride, offering a clue to the story’s conflict.

What about Anna don’t we understand? Why does she resist his charms? Because, in typical Sawyer fashion, he’s pouring it on. Ah, that’s where the fun came in, because it took me a good couple of weeks into writing the story to see how the pieces fit together. This isn’t anything new. It’s how I work, no matter how much I’d prefer to know the details before I start working.

Or maybe I wouldn’t. Maybe the thrill of discovery is as much fun for the writer as it is for the reader.

And Sawyer Delgado, the character I loved to hate? Has become one of my favorite heroes. He’s real. He’s raw. And he’s one of the good guys.

You can pre-order The Cowboy’s Reluctant Bride now. This tale wraps up the Saddle Springs Romances while flinging the door wide open for another Montana Ranches Christian Romance series. More on that another time! 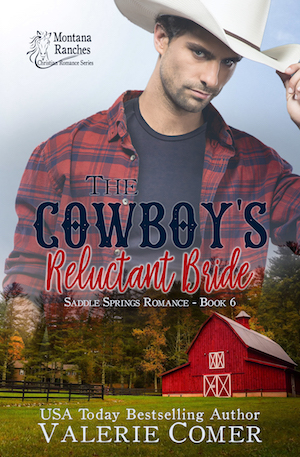 Witnessing a horrific rodeo accident causes cowboy Sawyer Delgado to re-examine everything… between nightmares. Back at his family’s Montana ranch, he seeks for meaning in his life and for the woman who ghosted him a few months earlier.

Anna Winter left Saddle Springs for good reason. She’s pregnant after a one-week stand with a popular local rodeo star. Now, as a new believer, she’s back to tell him (almost) everything and get his signature on the forms to give the baby up for adoption.

But when Sawyer counters with a plan to keep her and their child in his life, how can she give in? Because there are untold secrets that could change everything.

Interested in winning an ARC of The Cowboy’s Reluctant Bride? I’m offering one reader a copy (e-book only, worldwide). If you’d like to put your name in the hat, please comment before Friday, March 13. Winner will be announced in the Sunday Edition. The ARC will be sent when it’s ready, probably early April.