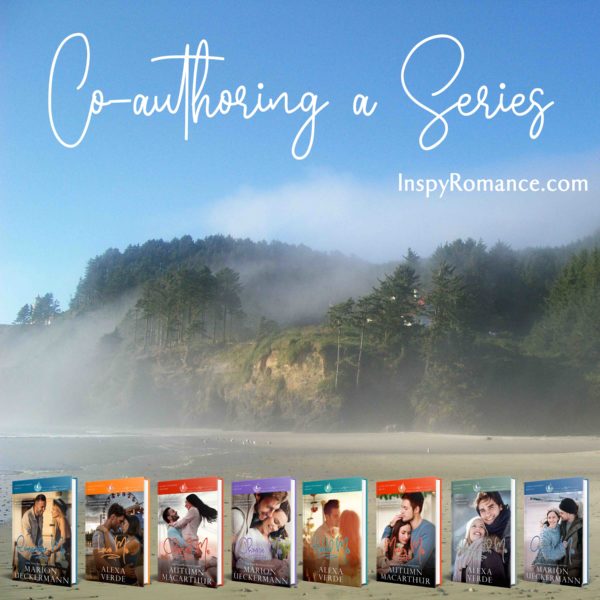 Back in October, I did a cover reveal on my post, Of Babes and Book Babies, for Accept Me (Chapel Cove Romances Book 8), which I had hoped to release in December. The busyness of a new grandbaby in the house and my son and his family’s move to Cape Town, put pay to my creativity as well as my writing time. Autumn Macarthur, who writes the Chapel Cove series along with me and Alexa Verde, has also had problems getting her next Chapel Cove book written. And so, both my and Autumn’s book release dates were shifted. God willing, Autumn will be releasing Marry Me (Book 6 – available on pre-order) around February 23, and what I’ve read so far, it’s going to be an awesome story and well worth the wait. Alexa should be releasing Belong with Me (Book 7) very soon. Her book, too, is a wonderful read.

Well, not only did my release date change, but my book number changed as Alexa and I traded places, knowing her book would be ready before mine. It all worked out well, because my timeline shifted somewhat and so my story mostly happens after hers (in Chapel Cove time). That’s the beauty of indie publishing—you have flexibility in so much, which certainly helps when life gets in the way of writing. And the beauty of working with authors who understand, who face the same challenges—maybe more—as you do and are willing to make changes to publication schedules to accommodate each other’s needs.

I have loved working on this series that seems to grow with each book we write. New characters are constantly shouting for their stories to be penned (or typed), and as Autumn, Alexa, and I collaborate, our storyworld grows. Already, within the first six chapters of Accept Me, three new characters have demanded their stories become a part of the Chapel Cove Romances. I know that Autumn has had the same experience with her secondary characters in her current WIP. Well, as long as new characters and story ideas surface, we will keep writing our Chapel Cove books.

I decided to share the cover again with you as it’s been several months since I first shared it. And, it has had two changes — not only is the book number different, but the tagline has also changed. 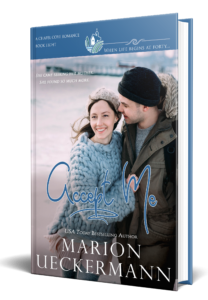 In closing, I’d like to leave you with an excerpt — the beginning of Chapter 1. I would’ve loved to have shared the full chapter, but it’s a tad too long for an Inspy post. Anyone who would like to read the full chapter can just let me know in the comments (I might even throw in Chapter 2 as well). Please remember to let me have your email addy, and if you’re uncomfortable posting it here, I can ask one of the administrators for it. Happy reading! 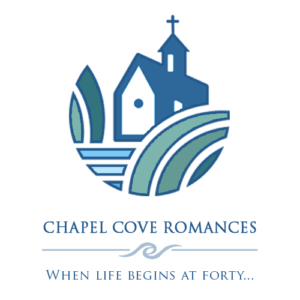 Tears blurring her vision, she leaned forward, raising her body slightly from the saddle, and urged her Appaloosa into a gallop across the bluegrass field toward home. The temperature barely over thirty today, cold air stung her face. But when she’d mounted the twenty-one-year-old mare an hour earlier, she hadn’t cared that the weather wasn’t suitable for an afternoon ride. She’d had to get out of the house for a while, away from the smell of death pervading its walls.

This had been the longest year of her life, and she’d spent many hours over the past few months curled up on the hay in one of the empty stables, striving to lose herself between the pages of a book to blot out her mother’s illness. Just as she’d done throughout her childhood. Except then, the loneliness of being an only child and having no friends had driven her into storyworlds of handsome princes and pretty damsels in distress. As she’d grown older, romantic tales of blossoming love formed her view of the world.

As Perdy galloped toward the stables, Haddie tightened her knees and thighs slightly against the saddle. The horse slowed, and Haddie increased her grip on the reins, keeping the pressure even on both leather strips until Perdy came to a stop. Haddie slumped against the horse’s neck, stretching out her arm to stroke Perdy’s cheek.

The animal snorted and a small, misty cloud dissipated into the air from her nostrils.

Dad had bought Perdy as a weanling when the horse was barely ten months old. An eighth birthday present. Haddie was too young to realize at the time that the Appaloosa wasn’t the usual breed her father raised at Bluegrass Stud Farm. To her, a horse was a horse. But in the years that followed, she’d come to realize why he’d chosen this particular foal for her—Appaloosas had kind and patient natures, making them more suitable mounts for children.

She’d named the young horse after one of the main characters in her favorite animated dog movie. With matching coats on the horse and canine—white splashed with black spots—the filly’s name was inevitable.

Until her fourteenth year, Perdy had been Haddie’s only friend. Then Cara Walsh entered Haddie’s life. A weak smile brushed across Haddie’s lips at the image that drifted into her mind. Such a fitting name for the dark-haired teen that’d had such a profound impact on Haddie’s life, for Cara meant friend.

Once again, Haddie’s chest tightened, but not at the memory of the friend she missed so much, even though they’d kept in touch over the past decade via email, instant messages, FaceTime, and even good old phone calls.

She slid out of the saddle, and as her feet touched the grass, she reached into her coat pocket. A wheezing sound came from her throat as she gasped for air. She should never have ridden Perdy so hard in this cold weather. Not when she was already feeling so stressed and upset. Haddie was well-aware of the consequences of the all too familiar triggers. Exercise. Cold. Stress. Any one of them was enough to send her into a coughing fit, struggling for her next breath.

The inhaler between her lips, Haddie administered a single dose to relieve her asthma symptoms, but it would take a few minutes to work.

“Miss Haddie, are you all right?” George, a new stablehand at the farm, stepped out of a stall and neared.

Haddie nodded and handed the young man the reins. She coughed then gasped for a breath. “Brush…” Another gasp. “Her…” Gasp. “Down.”

George frowned, but as Haddie dismissed him with the wave of her hand, he obeyed and led Perdy away to the far side of the stables where all the saddles and brushes were stored.

Still coughing and feeling weak, Haddie stumbled to her horse’s empty stall. She stepped inside then leaned against the wooden wall beside the door before sliding to the fresh hay on the ground. Thankfully hay wasn’t her problem or she wouldn’t have been able to spend all the hours she had in these stalls since she was a child. Soon the medication would work its magic. Fifteen minutes or so and she’d be able to breath normally again.

She just needed to relax. She had at least half an hour before George would return Perdy to her stall. She should get back home to her mother, but she just couldn’t. Not yet.

Resting her head back against the wall, Haddie closed her eyes and continued her stroll down memory lane.