For those of you who like beach reads during the summer, I’m offering Finding Love in Seaside as a free download. It’s a prequel novella to my Resort to Love Series. Click here to download. 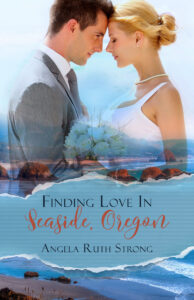 The downside to having entire the series now available as one download on Amazon is that readers often speed read through it and notice a certain mistake I made. Let me explain…

See, the series follows the love stories of five brothers, but I didn’t originally intend to write all five love stories. I wrote the middle brother first. Love Finds You in Sun Valley came out in 2010. Five years later I wrote sequels for the younger brothers. It wasn’t until after those released that readers wanted more, so I went back and wrote stories for the older brothers. Enter my OOPS.

Finding Love in Eureka is the second oldest brother’s story, but I wrote it last. I didn’t remember that when I wrote Sun Valley years before, it briefly mentions how Matt married his high school sweetheart. Anyone who reads the books chronologically reads about Matt meeting Gen (who was not his high school sweetheart), then they read the next book and get totally tripped up by that one little line. None of my editors or I caught this because it had been so many years between books.

It’s similar to how the TV show Friends gave Rachel Green’s character two different birthdays. It happens to the best of us. Or that’s what I like to tell myself anyway.

In fact, I asked other authors to share their oopses with us, so I don’t feel so alone. They’re actually kind of fun. Here we go…

“I have a typo that says this guy is talented at fixing cats. The word should be cars.” –Sarah Monzon

“I have in a published book, something like, the pilgrims landed in America in 1492, right? The other character replies, Right. Ahem, that’s Christopher Columbus. The Pilgrims landed in 1620. I wrote that. I revised multiple times and didn’t catch it. My editor revised and sent corrections and she missed it. Then I made those corrections and missed it. Then the editor and I both did a final read-through and missed it. Then it arrived, all printed and published in the mail. I sat down and read it and AAAAAAAAAAAAHHHHHHHHH!!! Now after missing it that many times, why couldn’t I have missed it just once more?” –Mary Connealy

“My husband is reading my manuscript and asks me, ‘did they have trucks in the 1860s?’ I roll my eyes and reply, ‘of course not.’ He points at the page. ‘Then why does this kid have a wooden truck?'” –Stephenia McGee

“In my first book, Summer Plans and Other Disasters, the main character’s last name is Stevens. It’s been out since 2018. I JUST noticed that in chapter four I spelled her last name Stephens and the only way I know is because my narrator said Stef-ens instead of Stee-vens. NO ONE has noticed it or pointed it out (including the publisher, my editor there, the proofreader, or any readers).” –Karin Beery

“A reader said, ‘what kind of book is this supposed to be? Check page___, paragraph _,’ The word was supposed to be gentle but I had written genital instead.” –Melissa Wardwell

“I found this one in proof edits, thankfully, so it didn’t make it to readers’ copies. But there’s a big difference between a gentleman who shows up ‘neatly dressed’ vs. ‘nearly dressed.'” –Karen Barnett

“I had a reader let me know that I gave someone four children in one book and three in another.” –Connilyn Cossette

We try so hard for you guys, but occasionally an oops gets through. Thankfully I did get my mistake corrected in the audio book for Finding Love in Sun Valley. I’d like to think that there will be no typos in heaven, but on earth, we are always going to have oopses.

What’s the funniest/worst oops you’ve found in a book? (Please leave off title and author because I’m not trying to shame anyone, just trying to make myself feel better about silly mistake.)