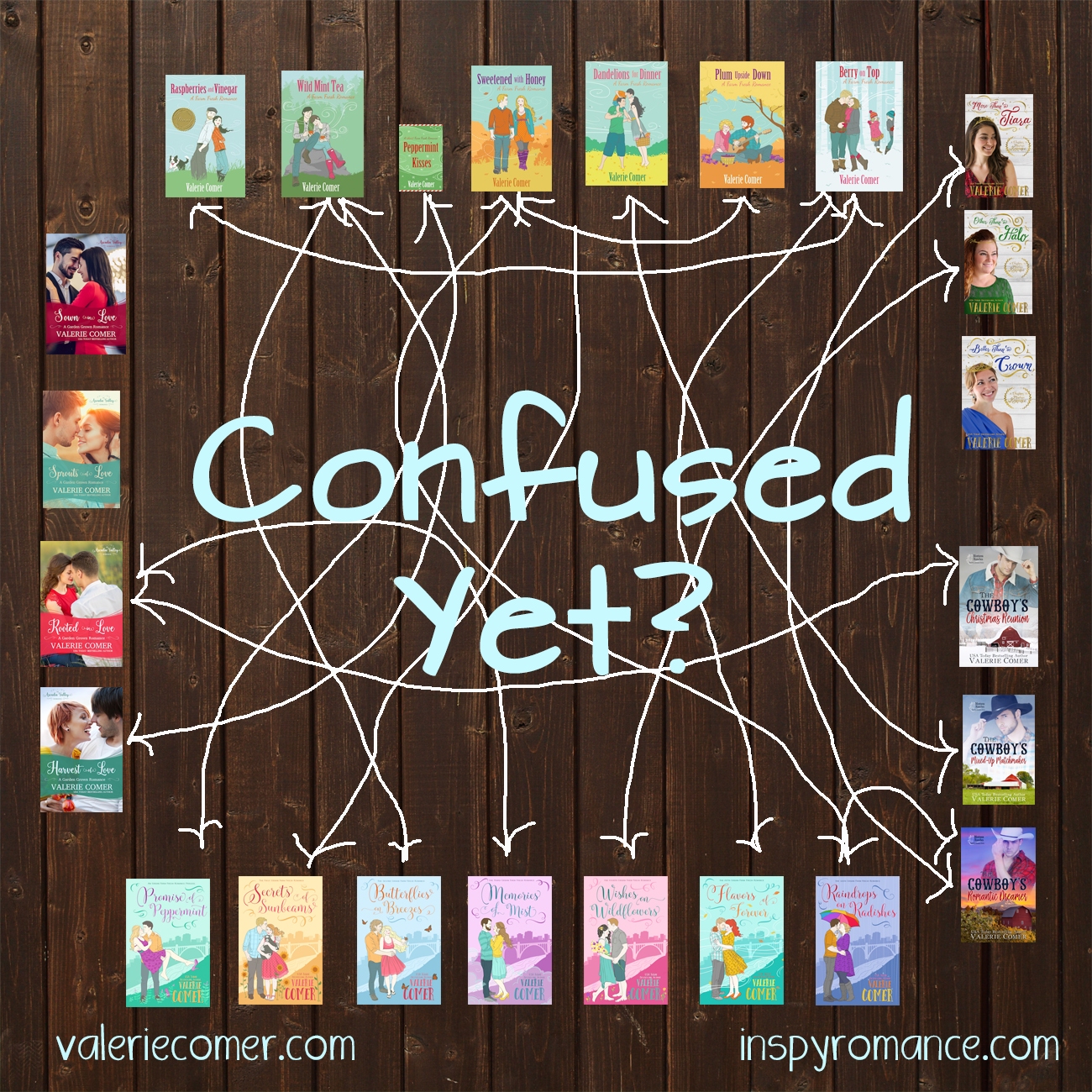 Because, if not, I can remedy the situation!

Once upon a time, I wrote a series I called the Farm Fresh Romance series. It contains six novels, all set on one farm in northern Idaho. There were a couple of sets of siblings in the mix, but the focus was on friendships on the farm as they built a sustainable local food business together.

Then I added a short story called Peppermint Kisses. I left it tiny in the image because it’s not for sale anywhere. For several years, it was what we call in the biz a “reader magnet.” That is, it was (still is) a thank-you gift for subscribing to my email list. It was reasonably successful at turning casual readers into subscribers and hence into fans, and I got quite a few emails asking me what happened next to Rebekah and Wade. I hadn’t intended to write more about them, figuring the short story, which ended with a happy-for-now rather than a happily-ever-after, was conclusion enough. After all, the entire short story took place over several days between two college students. Undying forever love seemed a bit of a stretch at the end of it!

Hey, I thought, when I began working on a spin-off series, the Urban Farm Fresh Romances, why don’t I have Rebekah and Wade already happily married and expecting their first child? They can be part of the Bridgeview community. Not everyone can be twenty-something and searching for their soulmate, after all. Clever, right?

To pull readers from the Farm Fresh series to the Urban series, I made the younger brother of two heroines (Sierra from Sweetened with Honey and Chelsea from Plum Upside Down) the hero of the first book, Secrets of Sunbeams. Jacob had been in and out of the FFR books as a college student. This meant I needed to figure out the UFFR timeline in relation to the FFR timeline. Easy peasy. 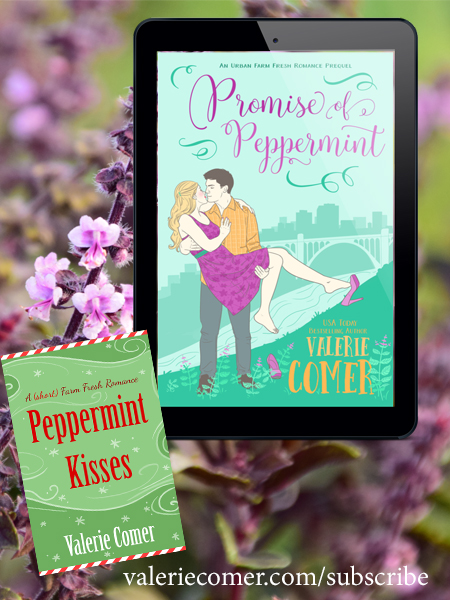 Except the emails about Rebekah and Wade continued. So when I decided to write a prequel to the UFFR series to act as an updated reader magnet, I had to figure out how to break them apart and put them back together in Promise of Peppermint. The timeline gave me five and a half years. Plenty of time for them to grow apart and grow up. You can get both Peppermint Kisses and Promise of Peppermint by subscribing to my email list.

Characters from the UFFR series visited Green Acres Farm, the FFR setting. Who had kids by now? How old were they? What was new at the farm?

Then I continued with the Christmas in Montana series. Book one, More Than a Tiara, was already released. I knew the heroine of book two, Other Than a Halo, would be Bren, a secondary character from Tiara, but who was the hero? Brilliant idea!!! I’d make him Rob Santoro of the Bridgeview clan in UFFR. But when Bren and Rob went to Bridgeview for Thanksgiving, I had to figure out when in the UFFR timeline this visit fit.

I had to up my game. My spreadsheet, which had started with a totally arbitrary year of 2011 for Raspberries and Vinegar, now included all the FFR books, the UFFR books to date, and now needed the Christmas in Montana books slotted in. When were all these people born? When were their weddings? How about babies? Who was the same age as whom? What about other significant events?

The Garden Grown Romances came next, part of the Arcadia Valley multi-author series. Turned out the heroine of Rooted in Love was the sister of Adriana, the heroine of the UFFR title Memories of Mist. And then it turned out that, in the final story, Harvest of Love, the hero’s roommate was Tony Santoro, who was a teenager back in book two of the FFR series, and who will get his own story upcoming in the UFFR series. Tony’s a chef… so is Levi from the third Christmas in Montana… I bet they went to school together!

Meanwhile a tertiary character (Cheri) from the GGR series became the first heroine in the Montana Ranches series. And her friend Denae (heroine of the third cowboy book, The Cowboy’s Romantic Dreamer, now on pre-order) turned out to be the best friend of Sadie, in the UFFR book Raindrops on Radishes. That criss-cross is actually what inspired this post! 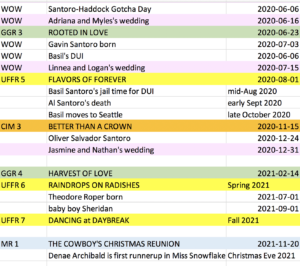 So, if you’re confused, join the party. Because my spreadsheet is 280 rows long, extends several years into the “future,” and is color-coded by series and event. It’s probably missing some vital stats since I’m not even counting character names or family trees or all the info I’ve got stored in other spreadsheets per series. For someone who hates spreadsheets — they call those little boxes cells for a reason — I sure have a lot of them.

Rather than make this post even longer (gulp), if you truly want to see and understand each connection, I’ve posted it on my own website, all broken down into bite-size chunks at A Friend of a Friend of a Friend.

Does this mean you need to read all my books to get the full experience? Nope. I added all the connections more for fun and to provide a richer experience. You probably will want to read by complete series, though some titles stand alone better than others. 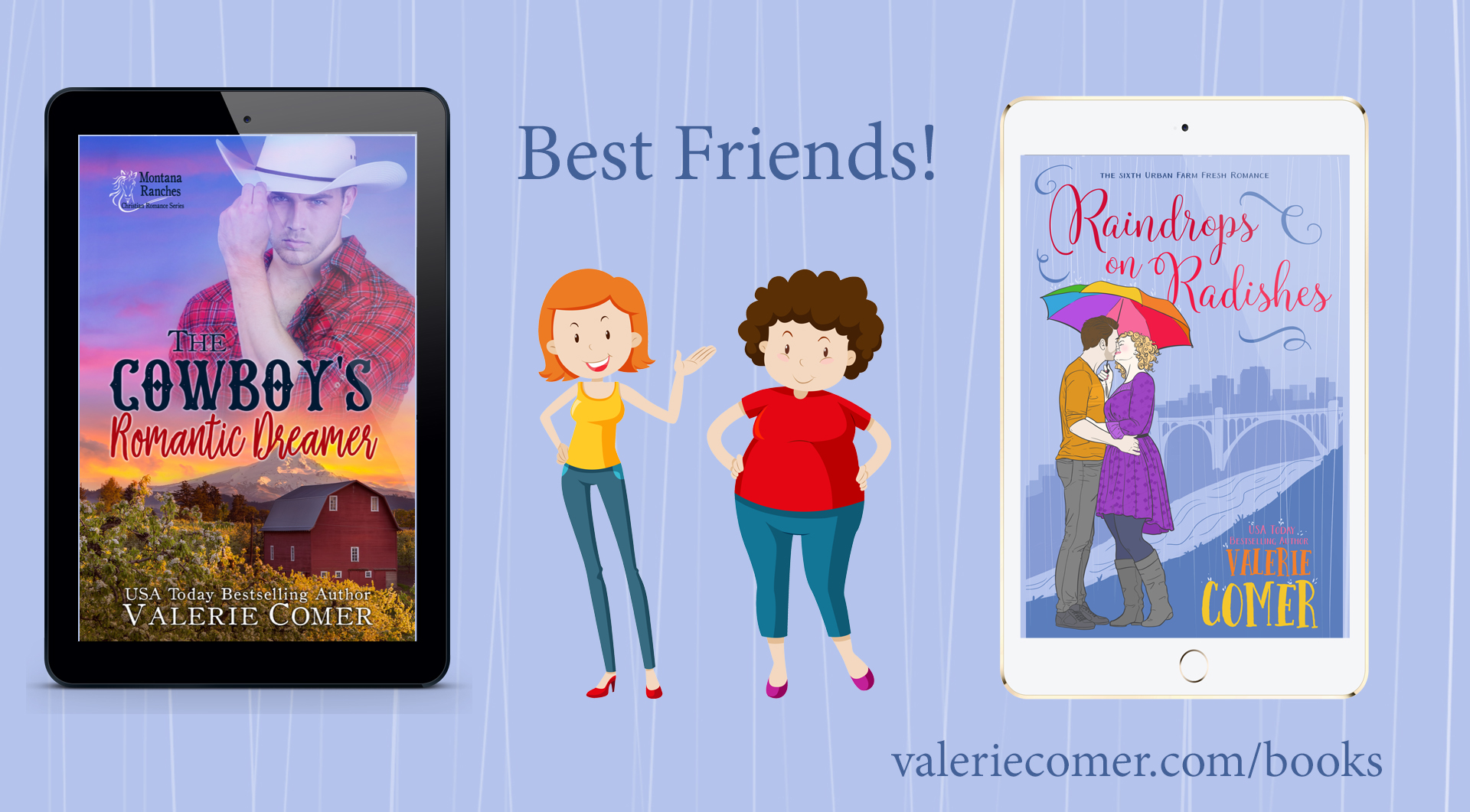 Question: Do you like it when authors link their series together, or do you prefer it when each series stands alone? (Careful not to break my tender heart here. LOL)

Comment for a chance to win your choice of any one of my books (e-book only, worldwide, not including series bundles). Maybe you simply need to get started somewhere! Comment before Friday, March 22. One winner will be announced in the Sunday Edition.