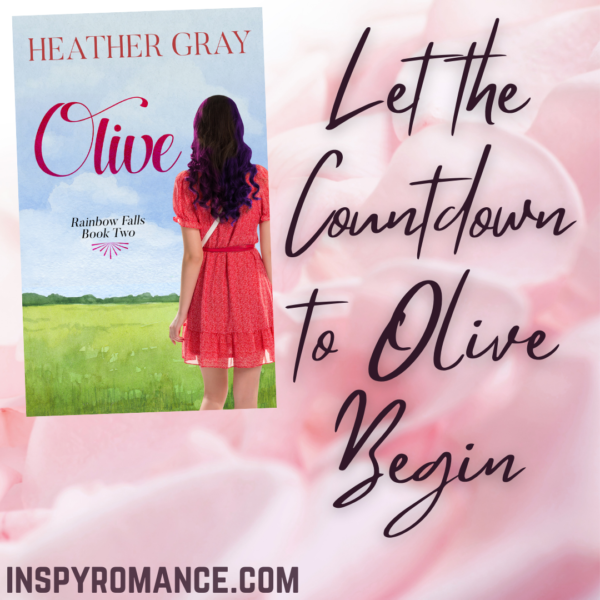 Olive is almost here! Are you as excited as I am?

Okay, I get it. That’s like asking a friend if they’re as excited as you about the amazing piece of cake you just ordered. Or steak, for that matter. (Oooh. I’m suddenly hungry…)😊

Anyway – I just got the manuscript back from my editor and am going to be working hard for the next little bit on those edits. But Olive is on preorder for now and will be available later this month. To celebrate, I thought I’d share the first chapter with you. These characters have grown near and dear to my heart, and I hope you’ll find as much to love about them as I have.

Olive Green stared, mouth hanging open, as her long-time friend slid a document across the desk to her.

Ruby nodded once. “It’s a mostly standard non-disclosure agreement, but read it before you sign.”

Olive swallowed. “And this is only for the interview? I’ll have to sign more paperwork if I get the job?”

“You’ll get the job. But yeah. More paperwork, including a much lengthier NDA.”

How had her life come to this? She’d done all the right things, made the good-girl choices — even when she hadn’t wanted to. Yet here she was, unemployed, and hoping for a temp job just to get her through the next few months. Being able to give her sister Fern some cash to help with rent would be nice. Olive was no mooch. Or, at least, she hadn’t been back before her life had gone sideways at the speed of light.

Ruby’s mouth stretched wide in a smile. “You know the answer to that.” 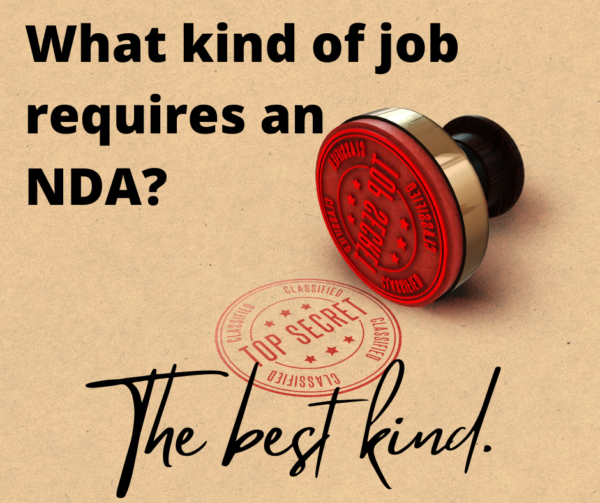 Of course she did. Ruby had already explained that she couldn’t explain until Olive signed the NDA. It didn’t hurt to push just a little, though, did it? “Oh, come on. Who am I going to tell?”

That earned her an eye roll and a head shake. “Stop being a wimp. Whether you decide to take the job or not is up to you, but trust me when I tell you that you want to go on this interview.” Ruby’s wicked grin probably should have terrified her.

“Why do I get the feeling there’s something you’re not telling me?

“Because there’s heaps I’m not telling you. Now sign the paper and leave. You’re supposed to be there in fifteen minutes, and it’s a twenty-minute drive.”

Right. Her life had landed in the gutter. Just look at her. Trading on friendship to get temp work. Olive was trained and qualified for so much more. “I’m better than this.”

Ruby’s eyebrows shot to her hairline. “Egotistical much?”

Olive shook her head. “Ugh. Is that how I sound?”

Ruby didn’t deign to answer as she nudged the pen closer. “If you don’t trust me, trust God. You know He’s got your back in this. In everything.”

Picking up the pen, Olive bit her bottom lip. “It hasn’t much felt like it lately.”

Olive shook her head, not quite sure how one defined a season. Alas, this wasn’t the place, and she was running out of time. She scrawled her name on the NDA, dated it, and stood. “I guess I should hit the road.”

Ruby handed her a manila folder. “Everything you need for the interview is in here. Let me just make a copy of the NDA to include. The potential employer should request it upon your arrival.”

Twenty-three minutes later — the extra three minutes due to a traffic jam caused by the fresh cob corn at the roadside produce stand on Highway 93 — Olive pulled up to a blue-grey Craftsman house. There was nothing special about the house. Truth be told, it was kind of boring. But then, what right did she have to complain? She was sleeping on a clearance sale air mattress in the living room of her sister’s one-bedroom apartment.

She scanned the documents Ruby had given her. The interview was for a personal assistant position with a Michael Wilcox. The position would be forty to sixty hours each week and would include everything from housecleaning to handling social media accounts. Shopping, chauffeuring, and cooking were also included.

Olive checked herself out in the rearview mirror and fluffed her black hair. It’d nearly killed her to do so, but she’d kept to natural colors to meet company policy back when she’d had a corporate job. Since that was no longer the case, though, maybe it was time to spice things up again. When was the last time she’d gone with fire-engine red?

Alas, a real mattress was a higher priority, and for that, she would need a paycheck.

Olive climbed out of the car she never should have splurged on — and whose payment now gave her heart palpitations — and approached the front door. She put a smile on her face, readied her tardiness apology, and gave the door three firm knocks. There was a doorbell, of course, but knocking was more assertive. It gave out an I-mean-business vibe that some froo-froo doorbell could never accomplish. Of course, if the doorbell rang out with death metal, then maybe… Nah. Who was she kidding? This house? The doorbell was either a boring chime sound, or it played some piece of overused classical music.

The door swung open and Olive got a peek at a scowling face.

But whoever Michael Wilcox was, he was definitely not the man hiding in the dim recesses on the other side of that door. The shadow hid the hints of red and brown in his dark blond hair, but she knew they were there nonetheless.

She did her best to swallow it down and hold her hand out. “Hello. I’m Olive Green. I’m here to interview…”

He shook his head, his scowl deepening. 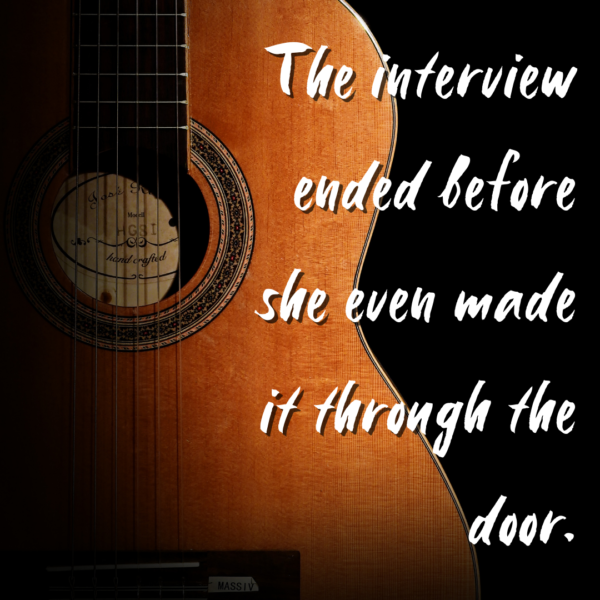 Olive didn’t live for country music, but she knew enough to know who Damien Rhoades was. Big star. Mega. The kind of popular that made people like her feel even smaller and more insignificant than normal.

Damien Rhoades had gained popularity around the time she’d started high school and had been a raging success by the time she’d headed off to college. Something had happened a couple years ago, though. An accident? Hm. Something. And after that — whatever it was — he’d vanished from the spotlight.

She wasn’t the nurturing one. That was her sister Jade. Despite her general lack of a softer side, though, Olive wanted to help him. Something jagged and sharp burrowed into her chest and burned for a chance to encourage this man with the stormy face and flat, impassive eyes.

The continued shaking of his head, though, told her what the man himself obviously wasn’t going to. The interview was over.

Olive took two steps back before nodding at him. “Well, thank you for your time…”

If you’d like to read more, you can find Olive here.