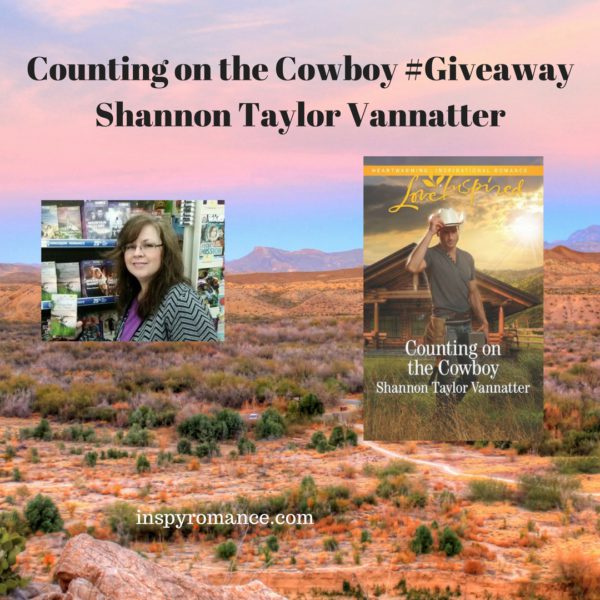 Hi Inspy Romance readers! I met Shannon Taylor Vannatter at the ACFW Conference last fall, and I’m excited for her to share about her new novel and how it came about! So here’s Shannon and her story:

Long ago and shortly after I was born, my parents left their rural Arkansas home to follow the pipeline. We ended up in Michigan, then Indiana until the pipeline dried up. But there was a housing boom in Illinois, so we ended up there. When the boom ended, they followed it to Georgia. When I was twelve, we moved back to Arkansas. From the time I can remember, Daddy built houses. His specialty ended up hanging sheetrock.

I remember him holding sheetrock up with his head and screwing it to ceilings, smearing drywall mud, and sanding it until walls were as smooth as glass. Until I was around fourteen and he got a job easier on his body. I never knew I’d end up picking his brain on how.

Everyone says write what you know. I don’t know carpentry, but Daddy does. For my third book, I picked his brain. My heroine was overseeing a house restoration. Daddy told me what should be restored first, then step by step to completion. 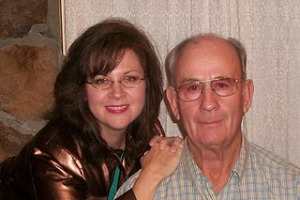 For my fifteenth book, my hero is a pro at building cabins until a pre-story scandal tainted his name. He returns to the dude ranch where he grew up with his dad as the handyman and follows in his father’s footsteps in the position. He ends up doing finish work on newly built cabins.

This book intersected with a major remodel at our house. Just after I turned in the final edit, the real work began. I always hated that the front door opened into our open floor plan living room and kitchen. The first thing visitors saw was the kitchen sink. Whether it was clean or full of dirty dishes. We decided to move our front door, make the old kitchen the living room and turn the old living room into the family room. We moved the kitchen to the back of the house where our den was.

We also did a room addition with a walk in closet in our master and an office for me. We hired a carpenter build the addition and get us in the dry. An electrician moved the old kitchen plug ins down and the new kitchen plug ins up to counter level. And a plumber took care of the sink. The rest—we did ourselves. (Old kitchen below) 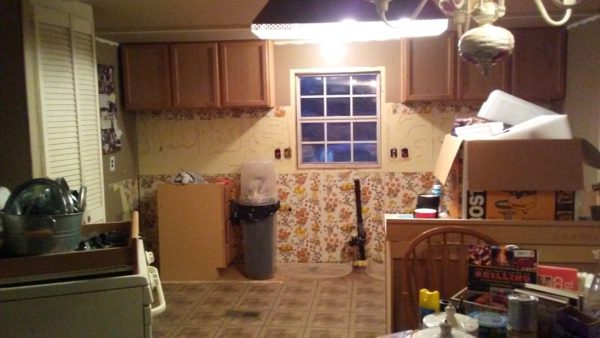 I never learned to drywall like Daddy. I don’t have the patience for more than one layer of sheetrock mud or all the sanding. But I can texture walls. While I did the walls, my husband did gymnastics on ladders and beams to nail tongue and groove pine on the vaulted ceiling. We put in insulation, flooring, and kitchen cabinets.

For a while, two rooms of furniture were smooshed into one with a walking trail to the bedrooms. On several nights, we sat down for family movie night and sat in rows lined up behind each other. Nightly, I convinced my husband we could do it and rewarded him monthly with steak dinners at our favorite restaurant. Daily, we discovered new sore muscles we never knew we had.

Since we wanted to have the Christmas family gathering at our house, we concentrated on the main living area. And once that gathering was over, we slowed down. We’re still working on my office and the closet. While my desk is no longer in a corner of the living room and it’s functional, my office needs door and window trim and flooring to be complete. The walk in closet has a ceiling, a light, and one piece of the wall up. But it’s getting there. Hopefully, by the end of the week we’ll be moving our clothes in. With pictures and knickknacks still in boxes, from walls and shelves that no longer exist, I tell people it’s like we moved, but we didn’t.

Yes, we watch DIY shows. But if not for Daddy following that housing boom, growing up watching him build houses, and remodeling our own over the years, I never could have talked my husband into this undertaking. And I never could have written two books with carpentry a large part of the story.

Now you walk into my pretty vintage pastel living room. The family room is rustic and part of it is open to the new kitchen. You can’t see my sink unless I invite you further into the house. We love it on so many levels. The TV used to be in the den on the back of the house. That’s where we lived, but when I cooked, I felt like I was in solitary confinement. Now with it open, I can talk to my family and keep up with whatever’s on TV while I cook. 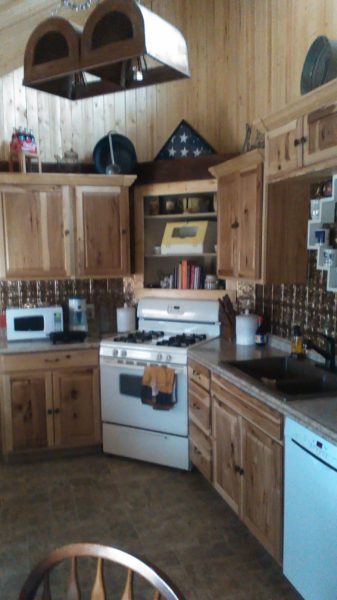 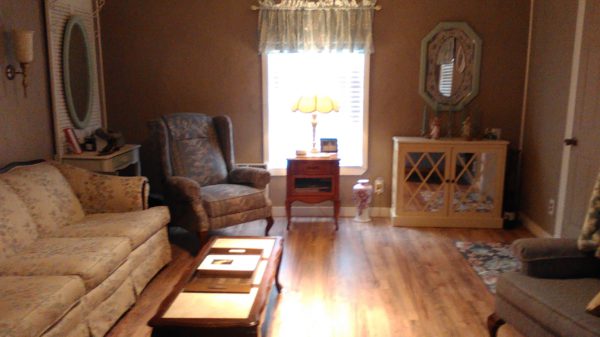 When I need quiet to get some writing done, I can go to my office which is far away enough from the main living area, that I can’t even hear the TV or my family talking.

And somehow the house stays cleaner. Even the kitchen. Probably because we want to show people what we’ve done.

The other day, our son asked why I cook more than I used to. My answer, I like my kitchen and we spent all our money on the remodel. But we sit around at night and look at all our hard work and say, “I love this house.” 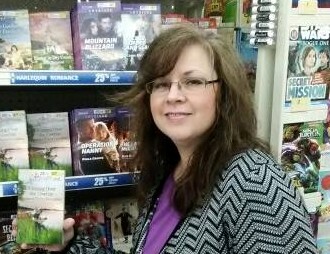 Award winning author, Shannon Taylor Vannatter writes contemporary Christian cowboy romance and has over a dozen published titles. A romance reader since her teens, she hopes to entertain Christian women and plant seeds in the non-believer’s heart as she demonstrates that love doesn’t conquer all—Jesus does.

She gleans fodder for her fiction in rural Arkansas where she spent her teenage summers working the concession stand with her rodeo announcing dad and married a Texan who morphed into a pastor. In her spare time, she loves hanging out with her husband and son, flea marketing, and doing craft projects. 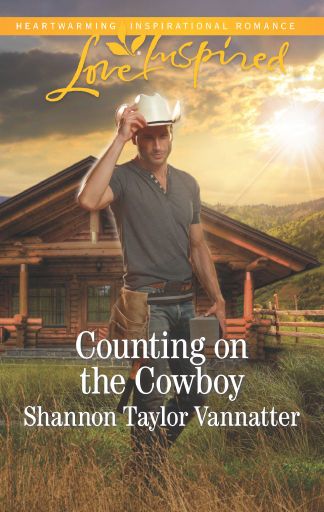 Texas Cowboy Brock McBride knows better than to fall for a city girl. She’ll leave and break his heart—just like his ex-fiancée did. But his job at Chasing Eden Dude Ranch requires working alongside Dallas wedding planner Devree Malone. And despite fierce resistance, he’s falling hard. Yet with Devree’s business back in the city, can he convince her she’s found her home…with him?

Get your copy now:  Counting on the Cowboy Purchase Link

Shannon has generously offered to give one paperback copy of Counting on the Cowboy to one person who comments by April 8, 2018! (Void where prohibited. U.S. only)