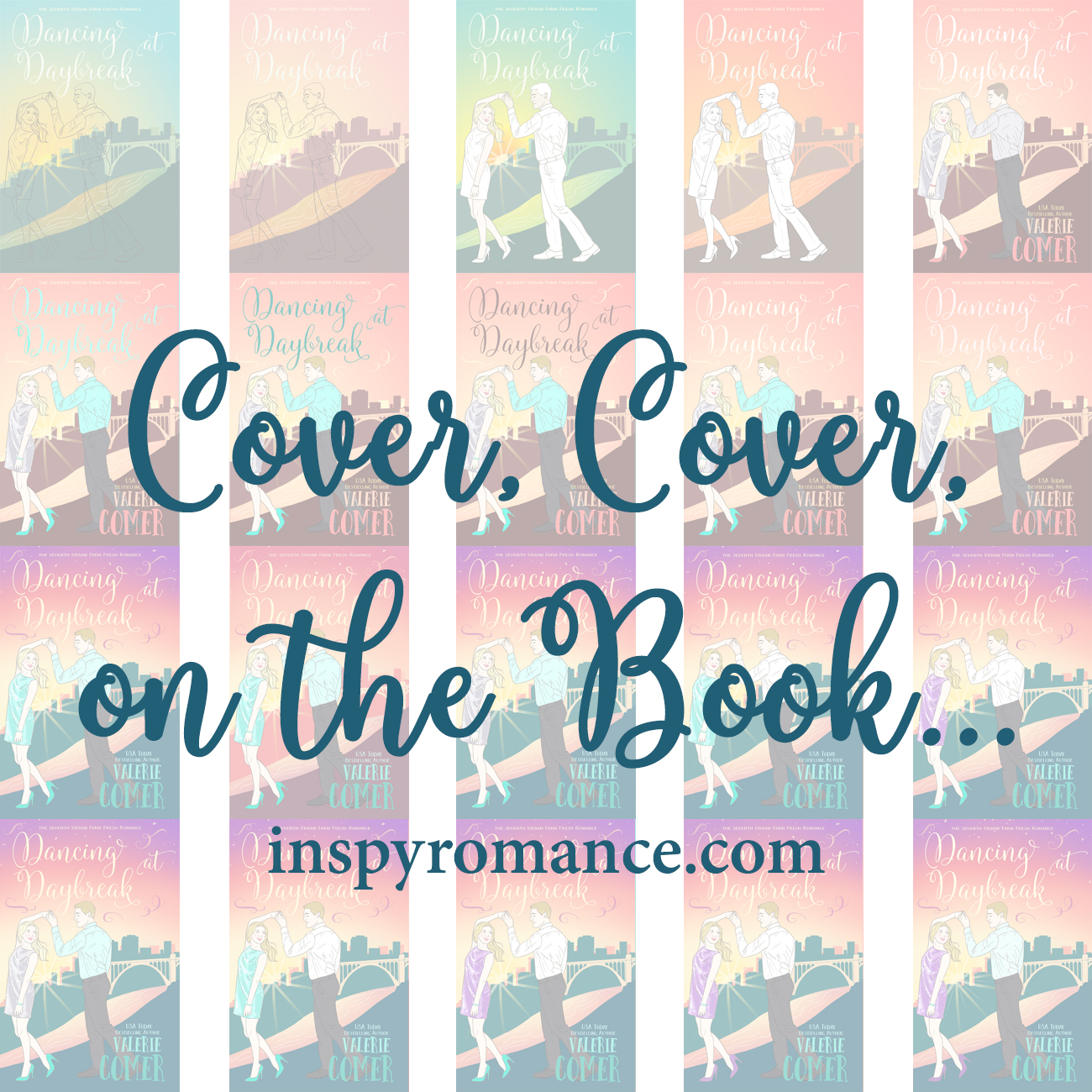 Cover, cover, on the book — which cover is the fairest look?

Choosing a cover for a new story is always entertaining. I’m working with a pro photo manipulator for my cowboy romance covers, and with an illustrator (my daughter, Hanna Sandvig) for the Urban Farm Fresh Romance covers. These two approaches require very different processes!

With the seventh UFFR releasing in September, Hanna and I got to work about mid-July on the cover for Dancing at Daybreak. This is what we’d done for the previous stories in that series with monochromatic backgrounds. 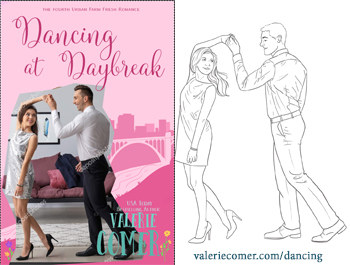 First we tackled the first half of the title: Dancing. To keep the couple at a similar percent of the cover as the ones above turned out to have some challenges. Dancing couples take up a lot of room! They either have their hands stretched upward (which interfered with the title) or their moves made the image wider. We tested a bunch of couples dancing on an existing cover file just to get a feel for layout, and decided the hero’s leg could go behind the author name. Then Hanna got to work sketching the couple. With basic line-art in place, we began poking at the background.

Daybreak not only speaks of new beginnings after a period of darkness (a major theme in the novel), but what color is dawn? We tried a couple of options, but they were less than wow. I wanted wow. Even brightened up, they lacked the punch I was envisioning. 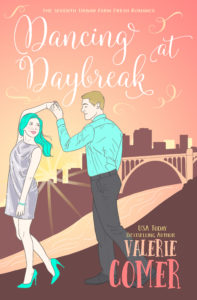 We kept going back and forth on the assorted parts. At one point I commented that the hero’s hair needed to be a bit lighter, but that the heroine’s hair could be “any color” because she dyes it anyway. This was not quite what I had in mind, but it gave a good chuckle in the middle of the process!

We experimented with different colors for the title and author fonts, but we were still lacking the wow factor. We liked the heroine’s dress shimmery silver like in the reference photo, but it wasn’t popping enough in the image. The hero’s turquoise shirt was too much. Then Hanna tried two more background color schemes, and we chose the more vibrant one. Yep, it’s a lot different than the previous monochromatic covers, but hey, it suits the story and title, so we chose to go with it.

We tried the heroine’s dress in turquoise and the hero’s shirt in white. No. Purple dress and white shirt. Closer. Change the shoes to purple, too. Better. But that white shirt was just a bit too white, like Hanna had forgotten to color it. Yes, I know many men wear white dress shirts! But, to me, it looked unfinished in the illustration.

With the addition of light turquoise pin-stripes, we decided the image was perfect. I hope you agree! Either way, here is the final cover of Dancing at Daybreak, now on pre-order and releasing September 17. 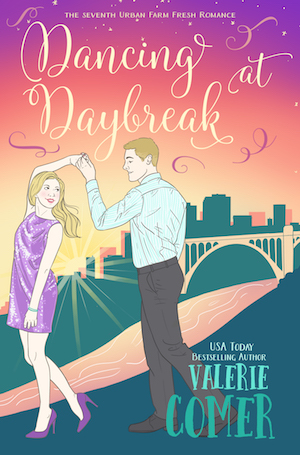 Dixie Wayling thought she’d found love with her third child’s father until the guy found Jesus. Right. Like she wanted anything to do with killjoy religion, especially when Dan issues his ultimatum: get married… or one of them moves out. Wasn’t going to be her.

Dan Ranta can’t give up his newfound faith to keep Dixie, but after she leaves the kids to go drinking with friends, he turns the tables and boots her out of the house he’s paying rent on. She declares her own conditions: give up Jesus and she’ll take him back.

What will it take for Dixie to overcome her past and find a deep faith of her own? How can Dan stand strong? Sorrow has certainly come for the night, but will there truly be joy in the morning?

Question: Do you enjoy seeing the development of a cover design? What strikes you as interesting about the process? ONE COMMENTER with access to US Amazon will win a $5 gift card.