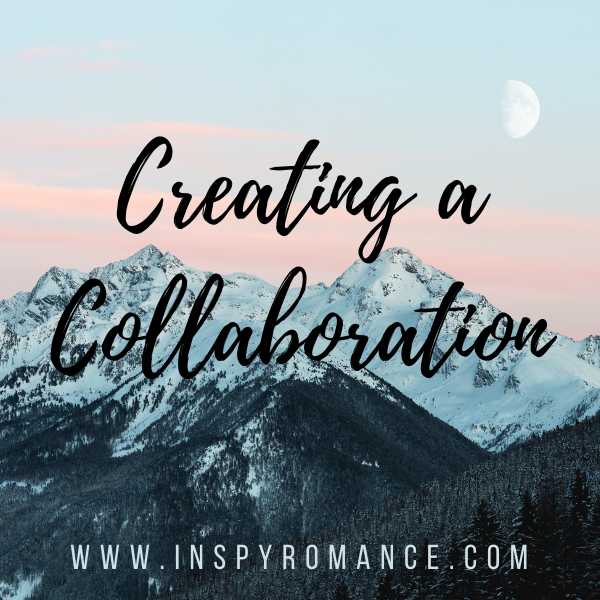 Since becoming an author, one of my biggest desires had been to be invited to a collaborative project with other authors in my genre. Last year, God kept challenging me to BE BOLD with my writing career. That meant investing money in marketing efforts where I’d been hesitant to do so before. And, it turns out, it meant launching my own collaborative series. After all, I wasn’t receiving invitations from other authors – why not start my own?

When I initially surveyed author groups for interest, I was thrilled at the response. Over 30 authors were interested in my little series? And – better yet? There were familiar names on the list! I carefully screened the authors to make sure they wrote Christian romance (like me). If I hadn’t read their books, I read their most recent release so I could get a feel for their writing style.

And lastly, I selected 6 other authors and invited them to join me in a private facebook group. We worked together to make major decisions in that group and over video chat. These discussions led us to decide on a Series of Christmas books, with “Heroes” as main characters.

Initially, the Heroes of Freedom Ridge was called the Heroes of Crystal Ridge Mountain, but we voted together to change it! I couldn’t be happier with how the series came together. Along the way, one author decided the series goals didn’t align with her own, and we parted ways amicably. Such is the flow of grou projects!

Yesterday, the fifth book in the series released, and in two weeks – the final installment (mine!) will finally be live for every one to read!

Fellow InspyRomance author Mandi Blake was the very person I invited to be in the series with me. Her book kicked off the series back in October. Rescued by the Hero was the perfect start to our series with the firefighter/snowboard instructor, Aiden!

The group had a blast building the world of Freedom, Colorado – a small ski and tourist town near the world famous Freedom Ridge Resort and nestled along Freedom Ridge in the Rocky Mountains east of Denver.

Another IR author, Liwen Ho, was the second person I invited to join the series, and she brought with her a wealth of knowledge about collaborative projects. Without her, we were definitely the blind leading the blind!

One of my favorite things about a collaborative series like this is that we are able to deliver the benefits of a rapid-release series (a new book every two weeks!) without taking on those aggressive deadlines as an individual author! We were able to include all kinds of Heroes in the series, including firefighter, EMT, police officer, veterans, search and rescue, and a bodyguard. And all kinds of storylines – like second-chance romance, love pact, mistaken identity, and brother’s best friend! Check out the complete series here!

This project has been unlike anything I’ve ever worked on. For all the collaborative decisions – each person is still ultimately responsible for writing their own book. But you also have to make sure you don’t say something that doesn’t match what another author wrote. The coffee shop can’t be in town square for three books, and next to the shopping mall in another. It meant a lot of side conversations, spreadsheets, and fact-checking during the writing process!

But, I think you’ll agree that the final product was worth all the extra hoops we jumped through!

Have you read any of the Freedom Ridge books yet? Which has been your favorite? Do you like multi-author series? Or would you prefer multi-author boxsets instead?

Should we do a second round of Freedom Ridge books next Christmas?