It’s been nearly two weeks and I’m still reflecting on the royal wedding. A few people on Facebook asked why the nuptials between Prince Harry and former actress Meghan Markle are such a big deal, especially in America. I can’t say my answer is the universal one, but I’m interested in their story more than I was Prince William and Kate Middleton.

I think culture has a lot to do with it. 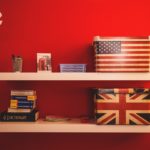 Meghan Markle’s background isn’t just American “commoner,” it’s also one where her parents are divorced, and Meghan is bi-racial. It seems like in 2018 that wouldn’t be a big deal in royal history, but apparently it’s a huge talking point. I’ve watched video where Meghan is playing as a little girl, and she’s pretending to be a princess. That makes me swoon!

Then there’s Harry. He’s royalty, but he’s the second son in line to the throne, so his story is completely different from his brother’s. Add the divorce of his parents and the death of his mother, and it reads like fiction. If you remember her death in 1997, one imprint still stamped in my mind is the slow, sad walk the princes took in the funeral procession. Only recently have we learned the trauma Prince Harry fights from that to this day.

As much as the newlyweds are a world apart in their upbringing, they do have things that are common. Both are passionate about serving. Meghan Markle used her celebrity status for good as a champion for causes, especially ones involving children and pets. Prince Harry has embraced the same charities that Princess Diana held dear, as well as a heart for wounded soldiers. They both are used to a spotlight, and Meghan has been complimented for her polished speaking style, something her acting field has helped.

All of these reasons are why I admire the couple and am rooting for them. If their story was pitched as a contemporary romance, I’d be hitting the pre-order button.

Although not the same, cultural differences are a strategy I’ve used in my work. Entrusted is about a city-girl who produces a lot of change for a rural grocer. Their conflict and attraction is the same thing—their vast differences. Jenna grew up in Youngstown, Ohio. Ben spent most of his time in the Adirondack Mountains of Upstate New York. Jenna moved to Speculator Falls to be the director of the senior center. Ben was the councilman that voted to close the senior center. The sparks between them started in the first scene of the first chapter, and kept going throughout their story.

I thought I’d share an Entrusted excerpt with you.

Less than five minutes inside Speculator Falls village limits and the whirl of police lights invade my rearview mirror. Great. Just how I wanted to start my new life—with law enforcement tapping on my driver window. I push the button and form a strategy as the glass partition disappears.

“Officer, it’s not my fault.” My stubby index finger points to the GPS on the dashboard. “The GPS made me do it.”

The woman with sunglasses and a ponytail eyes the interior of my Chevy Cobalt and then rests her stare on me. “I’m not an officer. I’m the sheriff. Did that flower box do something to make you crash into it and split it into pieces?”

I attempt to hand my license and registration to the good sheriff.

She blocks my hand and shakes her head before pushing the documents back my way. “Oh, I know who you are.”

Is that a smirk?

“So, Ohio. GPS devices don’t work well in the Adirondacks. It’s too rural to pick up a signal. Even so, your attention needs to be on the road. You just reached Speculator Falls, and I’m already on the scene for property damage.”

I’m pretty sure she’s trying to hide a grin.

We both turn our gazes to the flower box ruins on Route 8. Purple and yellow pansy remnants scatter past the debris. I’m thankful that’s all I hit.
Glancing over to the shiny badge that reads C. Rowling, her attempts to be tough appear as successful as my goal to arrive looking like I belong. Instead the sheriff gets a messy glimpse of the truth—I’m a city girl without a clue how to navigate the mountains.

She surrenders to a full smile, takes the sunglasses off, and faces me. “Jenna Anderson from Youngstown, Ohio. Sara Bivins told me you were moving here today.”

My shoulders relax, I’m pretty sure this woman in a bland uniform isn’t going to haul me off to jail over the cracked flower box. “That’s me, new girl ready to put roots down in Speculator Falls—”

A black four-by four-truck squeals into place next to the squad car. A door slams and within seconds a well-built man who looks about thirty jogs from his truck to us. Half a minute later my car has the whiff of woodsy cologne that follows him.

“Carla, Howard Wheaton told me someone plowed through my grandfather’s handiwork. I presume this is your perpetrator?” He commandeers our conversation. His face is so red it resembles my Ohio State sweatshirt.

The sheriff pivots to the angry but tantalizing smelling man. “Hello, Ben. The situation is under control.” He almost loses his fading New York Giants baseball cap before he finally stands still. He has enough beard stubble to cover a chin dimple, but not enough to hide a bobbing Adam’s apple.

“Really? Because this mess of flowers says otherwise.”

She hesitates. “Ben, this is Jenna Anderson, the new senior center director. She lost control while she tried to figure out what was going on
with her GPS. I looked at the box, and I think it’s repairable. You love doing that sort of thing, so how about you fix it?”

I can’t help it, but I smile. I think this woman might be my first new friend.

Ben whips off the hat and twists it until his knuckles bulge. “I’m sorry, destroying property is funny to you?”

I want to say something brilliant. More than eight hours on the road leaves me a little lost, GPS ineffectiveness aside. “At least I hit his box. Not him.”
His Adam’s apple movement seems to escalate. “My grandpa is dead.” He points the hat at me to emphasize each word. “You better hope this box isn’t.” He turns back to the sheriff. “Carla, I’ll repair it.” Then, directs his milk chocolate colored eyes toward me. “You, city girl, watch where you’re going. The people who belong here don’t need a GPS.” He pivots in his tattered sneakers and heads to the injured flower box. As fast as he comes on the scene, he leaves.

Are you interested in real-life royal romance? Do you look at cultural differences when reading a contemporary romance?