Hello. Fond greetings from across the pond.

Shoot. I’m pretty sure I already screwed this up, seeing as how you’re early nineteenth century British gentry and my ancestors were ragtag rebellious Americans. Since you’re a relatively proud sort (don’t deny it, I’ve read the book) I’m assuming you wouldn’t want to be linked to an American lacking a title. Please disregard everything I’ve said thus far. My sincerest apologies, and I shall begin again. 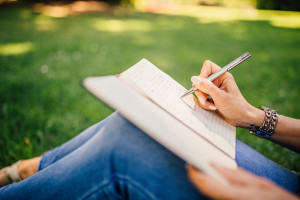 I have been watching a wealth of Hallmark movies lately. Hallmark movies, you ask? We have these boxes called televisions that show us moving pictures. Some of these moving pictures are humorous, and some are suspenseful. Hallmark’s moving pictures are romantic. Well, some of them, anyway. It’s definitely hit and miss. Some of them make me roll my eyes so far up into my head that I spend a few moments fearing they might, as parents everywhere claim, be stuck there for all eternity. (You have most likely never rolled your eyes, I would wager. Not that I do a lot of wagering, just so we’re clear.) There are a rare few Hallmark movies that are delightful, however, and even two or three that have brought tears to my eyes.

I fear you may believe I’m rambling, but I do have a valid point to present. While watching one of these Hallmark movies this morning, I saw a commercial (paid advertisement during the moving picture) about a Darcy movie that would be showing soon. Not an actual Darcy movie featuring you, sir, although we do have several of those, one of which stars Colin Firth, who I incidentally find fairly delightful in his portrayal. I likewise appreciate Mr. Firth in Bridget Jones’s Diary, where he plays Mark Darcy (a clear play on you, in case that’s not already obvious). 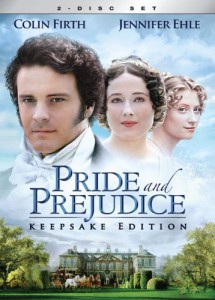 My point is, seeing a commercial about yet another Darcy movie that is simply a retelling of your classic story made me wonder what it is about your story that we, a couple centuries later, find so appealing. When I gave it a good deal of thought, I’m not really sure it’s you at all. Now, bear with me a minute. I know that doesn’t seem a valid reason to send you this missive, so please hear me out.

I don’t mean to imply that you aren’t delightful. Some of the things you say to dear Lizzie are enough to make a girl swoon, to be certain. It’s not merely the fact that you’re wonderful, though. If you fell in love with Lydia rather than Lizzie, or with Lady Catherine’s perpetually ill daughter, your story wouldn’t be quite so irresistible. The thing that I find most appealing, upon reflection, is that…I’m Lizzie. Perhaps all of us who love seeing the Darcy name on something see a little of ourselves in Lizzie.

Now, I’m not saying if you supplanted me in the place of your dearest, loveliest Elizabeth that you would find me just as enthralling. What I’m saying is, if there was somehow a way to transport me back to nineteenth century England and the world of Pride and Prejudice, I’d get along pretty well. I can play the pianoforte, so I’ve got that going for me. I’m well read. I can do needlework, and I’ve already learned one foreign language, so I know I have that capability. And like your Elizabeth, I could do all those things and still speak my mind. So you see, a man like you would have no reason not to choose me in the same circumstances. Bonus points, because I don’t even have an embarrassing match-making mother! 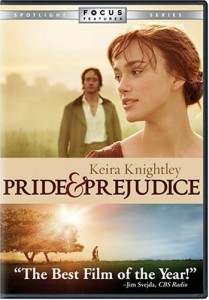 Matthew Macfadyen made a pretty good Darcy too.

Truth be told, I know that entire notion is fairly ridiculous. If I were transported back to nineteenth century England, what are the odds that I’d find myself with any standing in your society? I’d probably be the unfortunate woman darning your socks or something. Or the woman in the kitchen boiling your potatoes. Even worse…the woman in some dungeon room without windows boiling your socks. Heaven forbid. But if I was the unfortunate woman on my hands and knees, scrubbing the dirt from your majestic estate, you’d notice me, right? Right?

I mean, I know I wouldn’t have makeup on, so I’d be pretty pasty pale. And without my hair products, my dishwater blonde hair might be pretty lifeless. Plus, I wouldn’t have any fancy dresses to draw your attention to me. You’d notice though, wouldn’t you?

Sigh. As you can probably tell, I’ve almost completely talked myself out of my argument. I hold firm to my statement, though, that this is part of the reason that I love a good Darcy story. If I were Elizabeth, I’m pretty sure you’d have no reasonable excuse not to like me. Ahem.

Now, if you’ll pardon me, I suddenly feel the urgent need to write a letter to Gilbert Blythe. (Canadian guy, wants to be a doctor…you don’t know him.)

Hey, Inspy Romance readers! Happy, happy New Year and welcome to 2016. For some reason all that Darcy pondering got me thinking about my favorite romantic movie moments. Two of my favorites are from Darcy and Gilbert Blythe. In Pride and Prejudice, I love the scene where Darcy (Colin Firth) is simply smiling at Elizabeth while she turns the pages on his sister’s piano music. Sigh. In Anne of Greene Gables, I adore the scene where Gilbert gives Anne a standing ovation after her poetry recitation, even though he’s sitting next to Josie. So good. 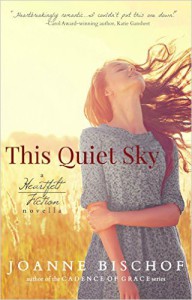 Speaking of Gilbert, I read two books in 2015 that put me in mind of Gilbert Blythe. One was This Quiet Sky by Joanne Bischof, and one was The Fragrance of Geraniums by Alicia Ruggieri. If you haven’t read these, you’re missing out! 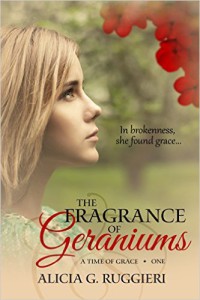 The Fragrance of Geraniums