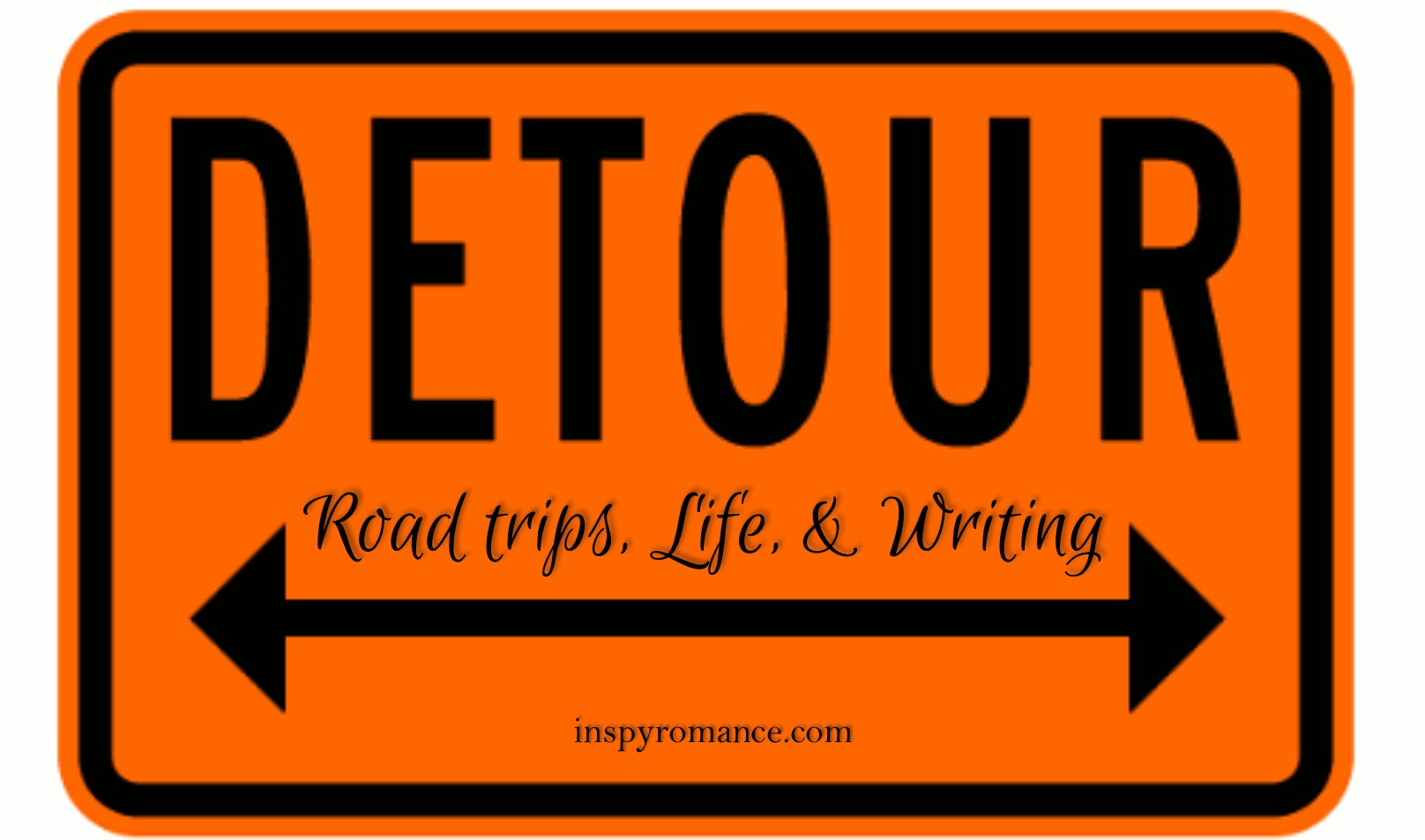 Last month, my husband and one of his co-workers went to Washington, DC. They work at a facility for boys in state custody and took four of the boys along to a leadership conference.

As they were driving through Virginia when his phone told him there was an accident ahead. They took the next exit and took a forty-five minute detour through the Shenandoah Valley. They saw scenery they never could have experienced if they’d stayed on their route – including churches that are nearly 300 years old. If they’d stayed where they were, they would have been stuck behind another car for who knows how long, inching their way along – when they weren’t at a complete standstill.

Life can be like that – we’ve all experienced it. Maybe an unexpected pregnancy or a job transfer – or being laid off. We’ve all had life detours. Sometimes, they end up going well, and we find things we never would have otherwise. Other times, it turns out we took a wrong turn :p. And sometimes, we can’t take the detour even if we want to.

Writing life, especially as an indie, can be the same way.

Maybe your readers don’t follow you to that new genre /eyes Medieval Knights in Space story begging to be written/ or something about that book you loved just falls flat with readers.

Or maybe writing the stupid thing makes you want to scream and beat your head against a wall.

(Secret: all writers think their book is stupid sometimes – maybe (hopefully) not every book, but there’s always a point where we believe this stupid thing is nothing but drivel. Usually, we’re wrong, but we still do it.)

Sometimes, we push through (I did that with my upcoming Christmas novella – mostly because it was short… and because I had people depending on me – it’ll be out in a boxed set soon!) – but others, it’s time to shelve the book and move on. Maybe permanently, maybe not.

I spent part of this summer working on Grace to Stand, the sequel to last year’s Grace to Save. But it just. wasn’t. working. No matter what I tried… None of my usual tricks to get my head in the game worked.

Finally, I talked to my husband and took his advice to “call an audible.”

One thing I never want to do is put out an inferior product. Sometimes, forcing a story will lead to a breakthrough and it’s all good. Sometimes… notsomuch. We’ve all read books where it seemed like the author was “phoning it in” – and I really don’t want to do that. As an indie, I have the freedom to make that call – so I did.

I’ve gone back to the main series I’m working on at the moment. I’m itching to get to book 4, but I have to get books 2 & 3 done first. ;)  I started book 2, I’m loving it, and I can’t wait to finish edits on my Christmas novella so I can write it full time! The kids are back in school, weekdays are settling back in to “normal” (though weekends find me doing the band mom thing most of the time).

So sometimes, detours are a good thing. What about you? Have you taken a detour recently – literally or metaphorically?

(Here’s a sneak peek at the beginning of the untitled second book in Crowns & Courtships – it’s barely written, much less edited, and could change significantly – or get tossed all together by the time the book comes out… but don’t you just love Gracie?! ;))

“My call you Kenny.”

Prince Kensington of San Majoria grinned. No one had ever called him Kenny. His very royal mother wouldn’t stand for it.

“What’s your name?” he asked the little girl.

The little girl’s blond curls bounced as she nodded.

“Well, Gracie. Do you know where your mummy is?” He’d found the little girl wandering alone in the mall.

She shook her head. “Mummy gone.”

“Gone?” Great. He didn’t really want to contact the authorities. No one knew he was here and Kensington wanted to keep it that way.

“What about your papa?”

“Did your mummy and papa leave you at the mall?” he asked, confused.

She shook her head.

They both turned to see a brunette running toward them.

“Annie!” Gracie wrenched away from Kensington. She ran to the brunette who swept her up into her arms.

“Where’d you go?” Tears streamed down Annie’s face. “You aren’t ever supposed to leave my side.”

“My sorry, Annie.” Gracie’s voice was muffled into Annie’s shoulder.

Kensington nodded at the woman then turned. Gracie was clearly back where she belonged.

While you’re waiting, catch up with Crown Princess Astrid and Jordan Haines in Heart of a Prince – Crowns & Courtships, Book 1: Royals of San Majoria!