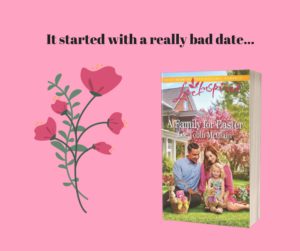 I have a confession to make: I am a veteran of online dating.

When I went through an unexpected divorce seven years ago, my self-image was bruised. I hadn’t dated for almost twenty years, and the game had changed.  Match.com, eHarmony, Christian Mingle… according to my friends, that was the way to go. So I experimented with all of them.

A lot of good came from these experiences. I met genuinely nice men and made some new friends. Sharing online dating stories with another single mom led to our teaming up to start a singles group at our church. Best of all, I’ve met a wonderful companion, a true gentleman who entices me away from my workaholism, embraces my imperfections, and makes me laugh.

But there were a few bad, or just strange, apples in the fruit stand that is online dating. Like the terribly nervous fellow who opened his briefcase and handed me his multi-paged resume at the beginning of our coffee date. The scruffy professor who took one look at me and said, “my goodness, you’re an exceptionally tall individual, aren’t you?” And the guy who kept making obscene gestures while carrying on an ordinary conversation (in a public place, thank heavens!).

So can you blame me for making a bad online date the opening of my new release from Love Inspired? In A Family for Easter, Fiona Farmingham is still hurting from her ex-husband’s unfaithfulness, and she struggles with her body image. And she has four young children. She’s leery of the online dating scene, but her friends talk her into it.

Her first (and only, as it turns out) online date doesn’t go well. Here’s an excerpt:

Fiona Farmingham clutched the edge of Chez La Ferme’s elegant tablecloth and wished she were home on the couch with her kids, eating popcorn and watching movies. Wearing sweats and slippers rather than heels and a dress and shapewear.

Based on tonight, at least, dating was way overrated.

“You should come see me in Cleveland,” Henry said loudly, forking braised lamb shank into his mouth. “We have restaurants that would put this place to shame. Really fancy.”

She forced her face into something resembling a smile and pushed her roasted vegetables around her plate, not daring to look around at all the Rescue River customers and waitstaff Henry had probably just offended.

A throat cleared a couple of tables away, and she glanced up. A soccer-dad friend, Eduardo Delgado, was looking over his date’s shoulder, smiling at Fiona with what looked like sympathy.

She was a little surprised to see Eduardo, a single parent who worked as a groundsman at Hinton Enterprises, dining at their small Ohio town’s only upscale restaurant. He never even bought himself nachos or a hot dog at the school concession stand, always relying on a cooler from home for himself and his two kids, instead. She’d thought that meant he was economizing, but maybe he was just into eating healthy.

“Did you hear me?” Henry scooted his chair closer. “I have a nice big house. Six bedrooms and three-and-a-half bathrooms. You should come visit!”

Like that was going to happen. She channeled her society-perfect mother, who could out-polite the Queen of England, even managing a small smile. “With my kids, it’s hard for me to get away.”

“Yeah, four kids, that’s a lot!” Henry shook his head and attacked his spring pea risotto with vigor. She turned her chair half away and pretended to hear a sound from the evening bag she hadn’t used since attending society events with her late husband three years ago. She pulled out her cell phone and studied its blank screen. “Henry, I’m so sorry, but I think my kids need me.” Not a lie; kids always needed their parents, hers in particular. Right now, though, it was she who needed her kids.

“I thought you said you had a sitter. I was hoping we could spend more time together.”

“Thanks, but no thanks. I really do have to go.” Fiona tried to keep her voice low, even though half the restaurant’s patrons had surely heard their discussion.

Why, oh, why had she let her friends Daisy and Susan talk her into online dating? But they’d both approved Henry’s profile, and he’d sounded nice on the phone.

She knew why: Because she thought her kids might benefit from having a man in their lives. And, maybe a tiny bit, because she wished for a male companion who would care for her, even love her, just as she was.

Fat chance of that, fat being the operative word.

“Look, Fiona.” He gulped his drink and wiped a napkin across his mouth. “I wouldn’t have sprung for this expensive dinner if I’d known…”

Fiona stood and grabbed her purse, thankful she’d driven there in her own car. “Henry, it’s been…interesting to meet you.”

“Hey! You can’t just leave in the middle of—”

“Actually, I can.” She fumbled for her wallet. Why had she thought, for one minute, that she should try a relationship again?

She extracted two twenties and handed them to Mia, the waitress. Then she turned, keeping her eyes on the front door. If she didn’t look to the right or the left, she could avoid the pitying stares that were surely coming her way.

“Oh, Mrs. Farmingham,” Mia called after her, “that’s way too much. You just had an appetizer and salad, and you didn’t even order a drink!”

Let the world know I’m dieting, would you? “It’s fine, keep the change.”

She was opening the door when Henry caught up with her. “Hey, come on, what did I say wrong?” He grabbed her arm. “I like big gals!”

Want to read more? Click here to learn more or find A Family for Easter at your favorite online retailer.

I’m giving away three copies of Small-Town Nanny, the Rescue River book in which Fiona was first introduced. All you have to do is comment today. Tell a bad date story, offer your view of online dating, or let me know what you think will happen next in A Family for Easter.