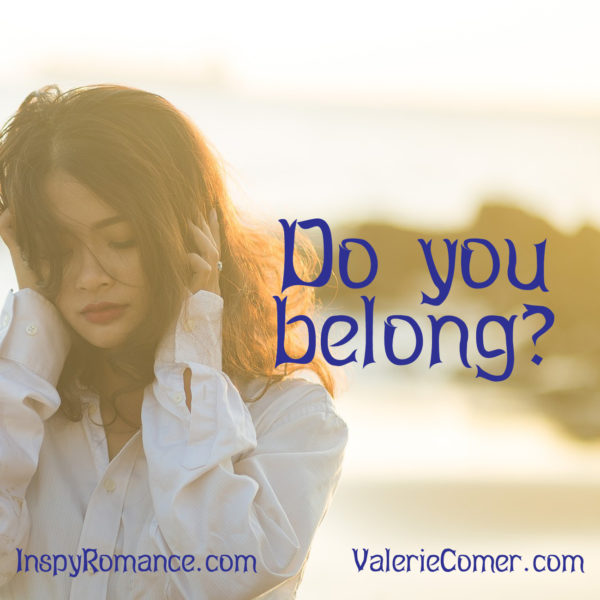 Belonging is a recurring theme in my 35+ stories. I could point to one after the other and explain to you why the hero or heroine feels like an outsider in their own life. In some cases, that theme is fairly hidden. In others, it’s super obvious.

Take Kenna Johnson in Lavished with Lavender, which released recently. I’m not going to tell you about her childhood here (and spoil the story!) but suffice to say, she felt very alone, and for good reason. She made some bad decisions in her desire to belong somewhere, such as spontaneously marrying an alcoholic thirty years her senior. If you’re following along in the Urban Farm Fresh Romance series, you may remember her and Maurice Hamelin, and how she stuck by him for six years until his untimely death.

Makenna and Maurice were secondary characters in the fourth novel, Wishes on Wildflowers, but she stuck in my mind. What would make a woman choose someone like Maurice? Why would she stay? What would happen to her after his death?

And so, somehow, Kenna became the heroine of the ninth novel, Lavished with Lavender. I figured she deserved a happy ending, even though she held back, crossing her arms protectively as she assessed me. She did not want a happy ending, thank you very much. She wanted to be left alone where she could prove to herself that she deserved to be lonely. She figured that being a nurse was a good career. She could support herself and wouldn’t need anyone ever again.

She’d originally chosen nursing because she had the grades to get in. Nursing was a respectable career that would allow her to pay her own way. She wasn’t looking to get rich. She was only intending to stand on her own two feet.

That Maurice interlude? Makenna regrets that she somehow allowed her neediness to dictate her actions there for a while, but she’s no quitter. What she sets out to do, she does. Which also means not everyone likes her. She doesn’t mind that, unless it interferes with her pathway… and, of course, it does when she is passed over for better positions and shifts.

The Kenna who appears in the first chapter of Lavished with Lavender a couple of years after Maurice’s passing is single-minded. She needs this job — caring for Marietta Santoro as the elderly woman recovers from a fall that resulted in multiple broken bones. (As an aside, the fall and recovery mimics my mother-in-law’s experience several years ago…)

Inject prickly, single-minded Kenna into the Santoro family, where four of the old woman’s daughters-in-law are calling the shots and multiple adult grandchildren are involved. So. Many. People! But the most annoying one is the equally single-minded grandson, Tony, who’d opened an Italian restaurant nearby a few months ago.

While “opposites attract” is a fun romance trope that I’ve enjoyed writing on multiple occasions, in Lavished with Lavender, we find a heroine and a hero with the very same personality type. Both make snap decisions and follow through. Both are efficient and practical. Both may become impatient with others who don’t catch the vision quickly enough. Both are focused on their careers. This brought me as many inherent conflicts as any set of opposites could!

Kenna didn’t realize she was looking for belonging, for a sense of identity. She thought she was over all that. Even though she probably knew it was a basic human need, the risk of rejection didn’t feel worth it to her. She’d lose control, and she wouldn’t allow that to happen.

I found it rewarding to shepherd Kenna through her journey in Lavished with Lavender. She found faith in Jesus and a love in Tony, but it was a hard road through, and I’m pretty sure their relationship will have more trials in the future.

Can you identify with Kenna? Have you been hurt so deeply that it just doesn’t seem worth the effort to try one more time, because you know you will only be hurt again? Or maybe you know someone like that.

While Lavished with Lavender is 100% fiction, I truly believe that a flesh-and-blood person can find Jesus and, with Him, a deep sense of belonging! 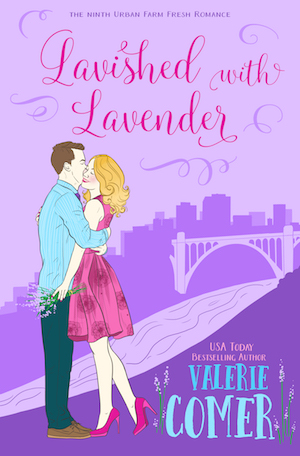 A live-in nurse who can’t cook. A chef unable to provide care. And a convalescing grandmother determined to meddle.

Nursing the neighborhood matriarch through her convalescence from a nasty fall gives Makenna Johnson the break she needs from the head nurse on her ward. The family is plenty involved. Maybe too much so, since it includes a disapproving grandson who lives in Marietta’s basement.

If chef Tony Santoro weren’t so busy launching his new restaurant, he’d take on Nonna’s care himself, but it isn’t possible. If only the nurse was more obsessed with decent meals and less obsessed with polishing baseboards, he’d rest a lot easier.

How can two driven professionals who clash over Marietta’s care — and everything else — ease up enough to see each other’s hearts?

Buy or borrow Lavished with Lavender on Amazon!