Temperatures are soaring to the 100-degree mark here in Texas, so I figured for my turn this go round I’d bring up the subject of Christmas.

I know, right now most people are thinking about school supplies, school clothes, and getting the kids back into a semi-routine. Christmas and all its trimmings are probably the farthest things from our minds.

But in about four weeks, A Grand Teton Sleigh Ride will be available to bring cooler temperatures and some warm ‘n sweet romance to readers. 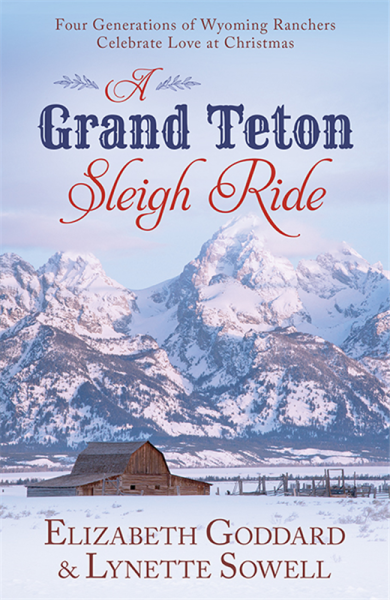 Author Elizabeth Goddard and I came up with the idea of setting a book in the area of Jackson Hole, Wyoming several years ago. We kept kickin’ it around, the idea of writing four novellas focusing on one family. Jackson Hole is home to ranchers, outfitters, artists, ski bums, and has the gorgeous Teton range for a backdrop. It also gets TONS of snow.

Last summer, we jumped right into things and decided to propose a Christmas novella set about the Covington family, with four stories beginning in the late 1800s and ending in present day.

Oh, so much fun! For the past two years, my writer’s brain has been immersed in the Amish and Mennonite village of Pinecraft, in Sarasota, Florida.

I have to say, Jackson Hole is many seasons and miles away from sunny Florida!

You’ll probably want to know about the Covington family. Beth and I had an absolute blast working on their stories.

You’ll meet, Zebulon, the patriarch who gets his start in my novella A Wedding for Belle. He’s a former seminary student who decided against going into full-time ministry, and found himself in the wilds of Wyoming and settling down on his own claim. His neighbors, Hamilton and Melanie Quinn, both perished in a wagon accident, leaving Melanie’s sister, Belle, alone on the claim.

Belle has some high-falutin’ idea about fancifying the young women of Jackson’s Hole (as it was called, back in the day), since women are scarce in the area and have their pick of the men. She has the bright idea to match up Zebulon with her young friend. Zebulon tries to convince Belle to pack up her pretty ‘n proper self and get back East before the Teton Pass is frozen over and she’ll be stuck in Jackson.

In A Mirage on Snow, Emily Covington is about as nontraditional as they come, even for Jackson, Wyoming standards. She’s a forward-thinking musher whose father (Zeb, of course!) is encouraging her to run for Jackson city council in the spring. But she much prefers the company of her sled dogs to people sometimes. Except for attorney Billy Adams, who’d left when he was a child after his father passed away. Excuse me, that’s Will Adams now, thank you very much. Raised in the East, Will has always missed the mountains. When his ex-fiancee follows him to Jackson, it makes for an interesting time for all of them.

In Beth’s Winter Wonderland, Emily’s kid brother, Sam, is all grown up now and gets his chance at love when a young ‘n pesky photographer from New York City comes a callin’. Ann needs someone to show her the magnificent West she’s only seen in pictures. She’s trying to capture the beauty of the newly christened Grand Teton while she nurses her broken heart. Sam’s trying to prove himself to his father, that he can make a living as an outfitter—not following the family tradition as a rancher.

To round out the story line, Beth has written Ribbon of Light, set in present day Jackson Hole. Hayley Covington is a talented artist and can hold her own against the other talent that comes to the Grand Teton range to paint and create. She desperately wants her own gallery, but Hart Covington won’t budge. His opinion won’t change, she knows, after she meets ski bum Ty, who quickly claims a piece of her heart. But the Covingtons have high standards and he’s not sure he’ll measure up. This story features the Christmas Eve tradition of ski instructors carrying torches as they ski down the slopes.

Will all these couples find love by Christmas and take a ride in very special sleigh?

Of course they will!

But the fun, Beth and I hope, is taking you along for a ride to see how they call get there.

We’ll have some fun things coming up this fall, so I hope you’ll stay tuned and check it out. 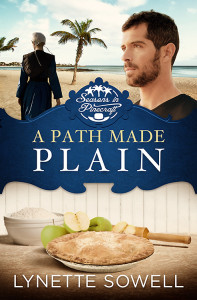 In the meantime, I do have a giveaway to share with you. Abingdon Press is offering 24—yes, TWENTY-FOUR—advance reader copies of my November title, A Path Made Plain, as a Goodreads giveaway. You can enter via the link HERE. Please share with your friends, especially if they love Amish fiction.