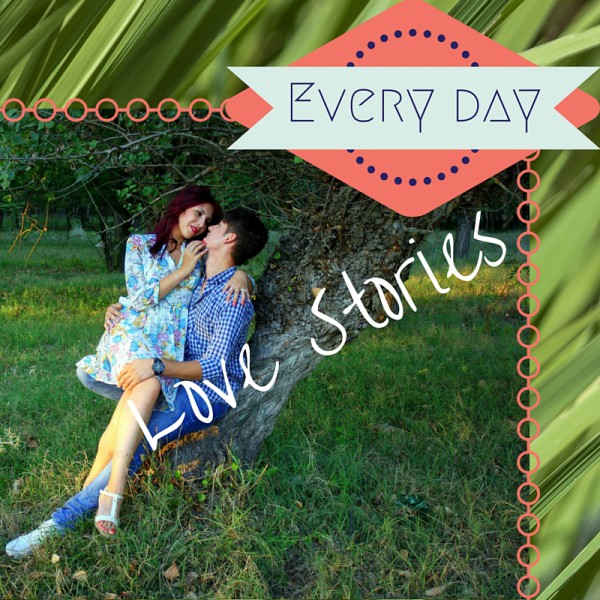 It’s either because I write romance or because I’m incredibly nosy, but one of the first things I’ll usually ask someone when I’m getting to know them is, “How did you and your husband meet?” I’ll admit it, I love it when they come back with one of those love stories that you’re liable to see going viral on Facebook. (Several recent examples come to mind: the flower girl and ring bearer who ended up marrying one another years later or the man who was inadvertently logged into a random stranger’s Facebook account for several weeks who then, after the glitch was fixed, became friends with the girl and they ended up married.) But I also love the every day love stories.

A new friend of mine and her husband grew up together because their moms are best friends. They’d never had any interest beyond friendship until one day, wham, it just kind of hit. They were married very shortly thereafter and are now expecting their first baby in January.

More friends, as well as me and my husband, are college sweethearts and friends who slowly fell in love. In fact, had you asked me my freshman year if I was interested in the man I married, I would have laughed at you. He was my best friend, my source of sanity in Calculus, and a great guy to grab ice cream with, but the thought of kissing him? Ick. But the summer between freshman and sophomore year, as we wrote letters and (because we were both nerdy computer science majors and on the cutting edge of things) sent the occasional email (it’s true! Back in 1993, email was a rarity!) things began to change. He was still my best friend (20 years later, that’s still true), but the thought of him kissing someone else had suddenly become the thing that made me say ick. And so, with very little pomp, we talked over coffee when we got back to campus and that, as they say, was that.

And while a story like that isn’t going viral anytime soon, what I love about the every day love story is the quiet, constant hum of love that runs underneath and through the stories. As fun as the crazy love stories are, there’s something warm and comforting about the every day ones. That shows in my books, as well. I definitely tend toward the every day love story — friends who fall in love, or rekindle lost romance is much more likely than being swept away on a starlit night by a prince in disguise. That said, I love to read both kinds.

What about you? I’d love to hear how you and your significant other met — or what kind of love story you prefer to read — or both!