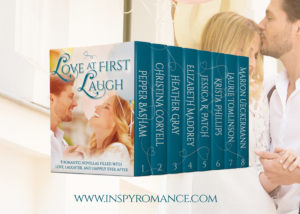 I’m so excited to share my newest novella with you all today!! It’s currently available in the Love at First Laugh box set on sale for a limited time on Amazon for only 99 cents! (It’s also free to read with the Kindle Unlimited subscription.)

First, can I just say?

My box-set mates are AMAZING. I would honestly say that even if I wasn’t in the set. I was blown away with the quality of their novellas. There are seriously some hilariously awesome stories in this set. From Jane Austen fun to FAIRIES (Yes. I said fairies…you need to read it to understand!) to online dating to HGTV-lovers-romance to DOG-walking romance to planners (like… the paper kind… not the people kind, cause this chickadee is NOT the best at planning…) to a late-in-life surprise–to my own book about a nanny and a drummer, there is just SO. MUCH. FUN. and romance in this little set.

Can you tell I’m a wee bit excited about this??

This started as a dream of the fabulous Heather Gray and I way back last Spring. We prayerfully asked God to send us the authors who were meant to be in this set, and to say we saw God’s hand in it all is a gross understatement. And I don’t claim that lightly. In my heart, I just felt we could all use a box set that would both encourage us in our Faith in Christ but also bring laughter in a time in our world were some smiles are really needed. That was our heart and dream for this set, far above sales numbers and rankings and reviews and all that jazz authors hope for.

Today, I thought I’d give you a bit of a sneak peek of my own novella in the set today! Mari is the nanny of twin girls and a lover of structure and all things normal, considering she was raised in a household that was anything else. And Brandon is–well, he’s a rascally drummer who challenges Mari’s comfort zone.

I hope you enjoy it!! 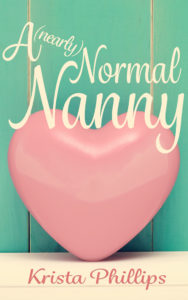 Mari Jenkins bit her lip to keep from laughing as she stood from her employer’s leather couch and propped her hands on her hips. “Now, where could those two little girls be?”

A giggle came from behind the oversized chair that sat in the corner next to the fireplace.

At least they’d followed the rules and hid in the great room.

Given the Hillard’s massive house nestled at the back of a swanky Brentwood, Tennessee neighborhood, a free-for-all hide-and-go-seek game with twin four-year-olds would be an ambulance ride ready to happen.

The giggles got louder, then one girl shushed the other.

Taking her time, she walked into the hall that led to the grand foyer, office, and formal dining room. “Hmm. I don’t see them that way.”

Turning back to the great room, she dropped to her knees and peeked under the couch. Sure, the kids would have to be the size of mice to fit under there, but they wouldn’t realize that. “Huh. Not under there either. I was sure I’d find them there.”

Mari smiled as she tiptoed over to the hiding spot and peeked over the chair. “Boo! I found you!”

Both girls collapsed in laughter, and Mari sank into the chair and pretended to be relieved. “You all had me fooled! I was worried I’d never find you!”

Trinity stood, her head just barely peeking over the leather trim of the chair. “This was the bestest game. Can we play again?”

The speech hiccup made her smile. The identical twins were not easy to tell apart. They both had light brown hair cut in adorable pixie cuts and the same pale, delicate features. Natalie, their mother, had told her when in doubt, have them say something with a letter R or L in it, and it’d be clear who was who.

She glanced at her watch and sighed. It was another hour until lunch, and they’d already played three rounds of this. Thursday was supposed to be one of her easier days. Ballet class at ten. Home to change, then lunch in Nashville with Natalie, the girls’ mother, at twelve-thirty. Nap time at two, and an hour of free time from four until five-thirty.

But the rare dusting of snow they’d woken up to had collapsed her perfectly planned schedule.

Natalie had still gone to work, but ballet was canceled. The roads were getting worse by the minute, and Natalie had texted her, telling her not to risk coming for lunch.

Mari was left to make up a new schedule as she went, and the whole day was giving her a headache.

Snow in March. In Nashville. What were the odds?

She smiled at the girls, who were bubbling to play more. “Well, how about we—” Mari stilled as a faint noise caught her ear. Was that—

“Shhh.” Putting her finger to her lips, Mari shook her head.

The twins frowned but quieted.

There it was again. Was someone at the door? Maybe a delivery guy or something?

But wouldn’t they ring the doorbell?

Her pulse throbbed in her neck. Had she remembered to turn on the alarm after Natalie left this morning? She knew she’d locked the door, but Trinity had wanted a snack, and she was going to come back and—

But the door was locked at least. They were safe. Anyway, it was probably her overactive imagination. Her fear of living in a multi-million dollar house that would be like a kid walking into Willy-Wonka’s factory for a burglar.

Serenity stuck her thumb in her mouth, something she only did when she was extremely tired or scared. “Is someone hewe?”

Mari pasted on a smile she hoped said brave since she was feeling anything but. “I don’t think—”

The eery sound of a door opening filled the air, followed by the loud thud of a door slamming.

Maybe—Maybe Natalie had come home early because of the snow. But she always yelled hello and came through the garage into the kitchen. Mr. Hillard was still in Paris on business and wouldn’t be home for another week.

She could feel her heart trying to beat out of her chest as she glanced from the girls toward the hall that was around the corner and out of view.

Think, Mari, think. She couldn’t just sit here. Her cell phone was in her purse that was conveniently in the foyer, probably being stolen by said burglar this very moment.

The girls wouldn’t stay quiet forever and who knows what some burglar would do when he found them unarmed.

She needed a weapon. Glancing around, she spied the poker from the fireplace. The living room was at the back of the house, and given that she hadn’t heard footsteps, the intruder hadn’t made their way back here yet.

Squeezing the girls’ arms, she motioned for them to sit down. They’d be out of sight as long as they stayed quiet. “I’m going to go see who it is. You both—stay here until I call for you, okay? You have to promise me, no matter what, you won’t come out or make a peep. It’ll be a game. Got it?”

Both girls nodded, eyes wide and little bodies shaking as they huddled in the corner behind the chair. She longed to reassure them more, but right now, fear might work to their benefit and make them listen to her.

She swallowed the lump of panic lodged in her throat and eased off the chair, then grabbed the poker as quietly as she could.

Taking a glance back, she steeled her arms and raised the poker as if it were a baseball bat. This was for the girls. She was their protection. They’d been left without the alarm that would have alerted authorities of an intruder—because of her.

She was all they had.

No, that wasn’t true. Jesus was here, and he would give her the strength she needed. Lord, please help. I’m—I’m scared, but you’ve given these little girls in my charge and—just help. Please.

Tiptoeing to the wall, she followed it to the corner, then peeked down the hall.

Terror froze her to the spot.

There was a man. Black stocking cap. Blue jeans. Standing next to the small table in the foyer, his arm next to—her purse?

She breathed another prayer for strength, lifted the poker over her head, then rounded the corner and ran toward the burglar.

The man spun around just as she brought the poker down on his head with all the muscle she had.

It felt like an eternity for him to fall. His eyes, a stunning blue and not at all unattractive as she assumed a criminal would have, stared at her, wide and shocked.

Then slowly, his body crumpled to the ground.

Little feet scampered behind her.

She twirled around to see her two charges, staring at the man.

“I told you girls to wait behind the—”

Serenity ran forward, but Mari held out an arm to stop her. “No. You need to go back to your spot. I have to call the police.”

“But Miss Mawi, you kiwed him!”

Trinity rushed past them both before Mari could stop her. “You killed Uncle Brandon!”