A few months ago I wrote a couple articles trumpeting the wonder and magic of fairytales. Prime time fairy tales had me hooked. ABC’s Once Upon a Time and Once Upon a Time Wonderland held me the tightest. But there are others such as NBC’s Grimm and Dracula, FOX’s Sleepy Hollow, and the CW’s Beauty and the Beast and Arrow – so I know I’m not alone. Y’all are hooked too. 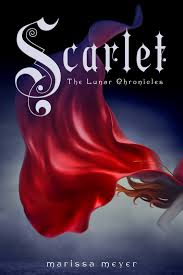 Couple all this the retellings in literature like Princess of the Midnight Ball, Cinder, Cress and Scarlet (which I’m currently reading) and I’d say we have a sweeping trend.

As silly as it sounds – I believe fairy tales are, in fact, worthy of our adoration. They merge experience and imagination, and create a rich atmosphere in which we suspend our disbelief, our cynicism, and absorb drops of truth.

And if ever I need to intellectually defend this, I simply quote C.S Lewis from “On Three Ways for Writing for Children” – after all, who can refute anything he says. :)

When I was ten, I read fairy tales in secret and would have been ashamed if I had been found doing so. Now that I am fifty I read them openly.

Buy what you think…

And what do you think about “Happily Ever After?”

I know that alone could be a whole post – and maybe it’ll be my next – but let’s discuss it… Do we need that tied-up-in-a-bow-and-sigh ending so that we too feel we’ve defeated the villain, saved the day, and earned our own “happily ever after?” 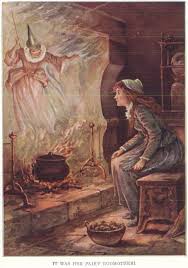 Katherine Reay is a wife, mother, runner, and avid chocolate consumer. She has enjoyed a life-long affair with the works of Jane Austen and her contemporaries and, at the encouragement of her family, recently began an affair with food – cooking that is – and this new passion strongly influenced her next novel, Lizzy and Jane, which will release in October 2014. After living all across the country and a few stops in Europe, Katherine and her family live in Seattle, WA. You can also find Katherine at www.katherinereay.com and lurking somewhere within the pages of her first novel, Dear Mr. Knightley.