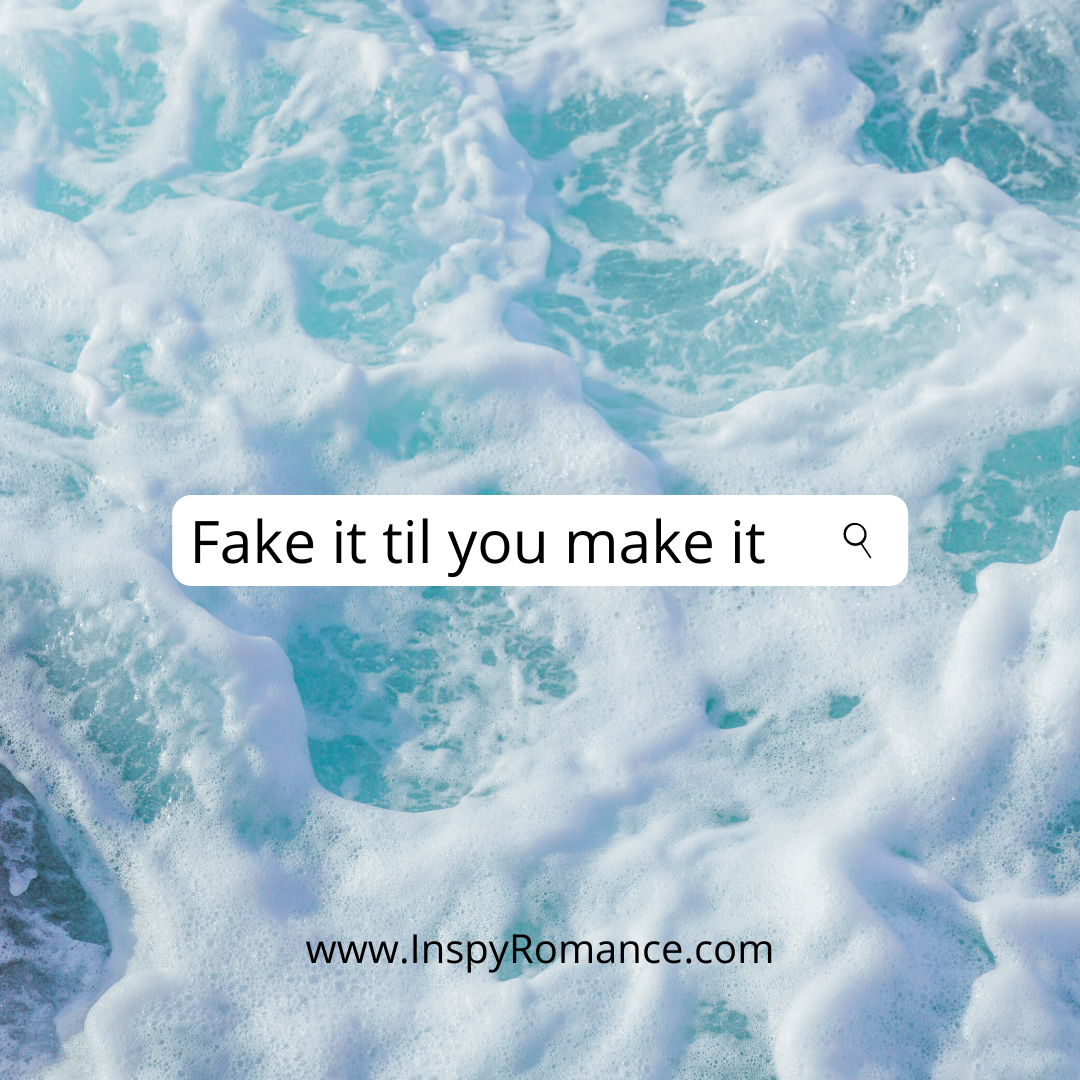 You’ve probably heard the advice before, right? Fake it til you make it.

It’s advice that crops up in just about any situation. Want to build a business of any sort? Fake it til you make it.

Want to raise kids who are contributing members of society? Fake it til you make it.

Want to get that promotion at work?

And it’s that last one that has Melanie Owens looking at Ian, her partner-slash-competition, with a particular gleam in her eyes.

Melanie is a writer. Not of books–in fact the idea of writing a book is the farthest thing from her mind. No, Melanie writes the storylines for video games. If you know anything about video games, it’s that there’s always some sort of romantic plot line in there. Even if it’s subtle.

So it’s probably no surprise that Melanie is seeing the romance blooming between the other couples participating in Joe Robinson’s little game. And that’s what leads her to suggest to Ian that they fake it til they make it. 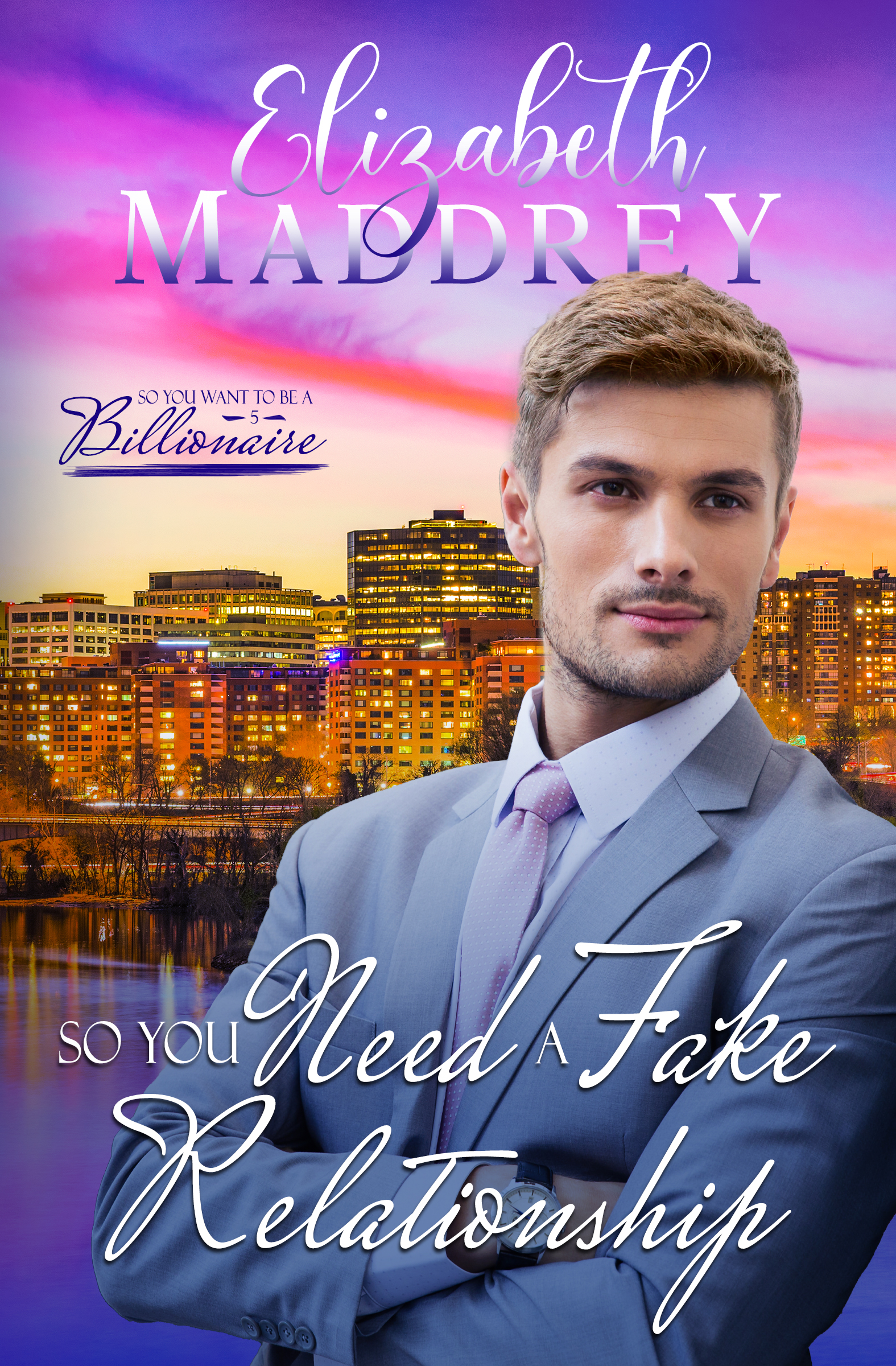 I’ll be honest, the fake relationship trope isn’t my favorite. I feel about it the same way many people feel about secret baby. Because the very idea of it — faking a relationship — necessitates so many lies.

And I just don’t feel liars are romantic.

Nor are they the sort of Christians that I know my readers want to read about. My readers tend to be pretty open to reality — they have to be with my books, because there’s very little of the shiny happy perfect world in my fiction. But it still felt like I needed to find a way to make the idea of a fake relationship more palatable.

If only for myself.

So what if the idea of fake it til you make it wasn’t something Melanie only embraced at work? What if that was the same principle she lived by when it came to her spiritual life?

You know one place fake it til you make it never works? Faith.

And that opened up a whole new way for me to look at the idea of a fake relationship. I ended up loving Melanie and Ian’s story, and I hope you will, too.

To whet your appetite, here’s an excerpt from the start of the book:

Ian coughed. A tiny spray of coffee shot from his lips. He dabbed at it with a napkin and worked to catch his breath. “Come again?”

“I don’t—what do you mean pretend?” Ian frowned at her. “Are you feeling all right?”

“The contest teams? Christopher and Stephanie from government solutions.”

“Dating.” Melanie ticked up one finger.

“Engaged.” Melanie cocked her head to the side and held up a second finger.

“Just finish out the teams.” She sipped her mocha and watched him. Would he see it?

Melanie chuckled. “Desperately in love with Danielle Hicks, if you recall? And if the rumor mill is to be believed, he was getting ready to propose before her accident in the fall.”

“Oh. Right. I do remember hearing something like that.” Ian sipped his coffee and studied her over the top of his cup. “It could be a coincidence.”

“Oh, come on.” Melanie shook her head. “If it was just one couple? Sure. I’d buy happy accident. But it’s everyone except us. Joe’s matchmaking.”

“Way.” She grinned. “Didn’t you think it was weird right at the start when there were no single gender teams?”

“Representation is a thing, you know.”

“Okay, sure. So why not any all-female teams? I can think of other women at GameAlong who, no offense, would be just as qualified for this as you.”

Ian’s head bobbed from side to side. Was he at least considering it? “I guess I can see that. I could think of a couple of other guys who could do it, too. But we don’t know their criteria—Joe and Tyler put the portfolios together. They probably had backups in case someone said no.”

“Pfft. Please. No one was going to say no.” Melanie shook her head. “I’m serious, Ian. You remember how Joe made a big deal in January that it was possible for them to get to the end of the contest and not choose one of the two competitors? They didn’t say why—left it hanging like it could be based on performance—”

“Which it could be! Why would you think it was anything else?”

“Are you willing to take that chance?” Melanie raised her eyebrows and held his gaze. She let herself sink, for just moment, into his eyes. Then she pulled herself out. Focus, girl.

“I think the stress of the competition is getting to you. Or you’re working on a romantic storyline and you’ve lost track of reality. We make a good team. There’s no reason Joe and Tyler won’t be able to choose one of us. We don’t need to date.” Ian started to stand. “You should seriously get more sleep or something.”

So You Need a Fake Relationship releases September 7th and you can pre-order it now or grab it in KU when it’s out. Generally my books in series stand alone, but with this series it’s a little more fun if you’ve read the others first.

I’d love to send a paperback of any of the So You Want to be a Billionaire books to a US commenter. To enter, tell me what you think about fake relationship stories and/or if you’ve ever pretended to be in a relationship with someone and how that worked out. Comment by midnight (eastern time) on Friday, September 3rd. I’ll choose a winner on Saturday (the 4th).