Falling For You is here! Have you gotten your copy yet? Six brand-new fall-themed romance novellas for only 99 cents. Yay!

I’m going to share a mini-blurb for the other five novellas in the set, and then I’ll give you the full blurb and an excerpt for An Informal Date, my contribution to Falling For You. Oh…and there’s a giveaway. Stick around to the end to find out what and how to enter. :)

With both her girls in school Shannon Cross is looking forward to being back in the office. But how can Shannon fall for her daughter’s teacher without feeling that she’s betraying her deceased husband’s memory?

A (SORTA) SOUTHERN SERENADE by Krista Phillips
They sing two very different tunes. Can they work together to make a joyful melody?

LEARNING FROM EXPERIENCE by Ginger Solomon
An old man and his will change everything for Lexi Ross. Can she survive the memories and learn from someone else’s experience or will she choose to make her own path?

THE OTHER BROTHER by Carole Towriss
Marc has contentedly spent his life in his brother’s shadow—until he meets Kendall. Can she convince him he’s special, when no one else thinks so? And can he convince her she’s already found what she’s searching for?

A HERO FOR HEATHER by Marion Ueckermann
Paxton Rathbone is desperate to make his way home. He has grown too accustomed to the disdain of mankind, which perhaps is why Heather Blume’s kindness penetrates his reserves. But there’s more to Heather’s actions than merely being the Good Samaritan—she has no doubt he’s a gentleman fallen far from grace. 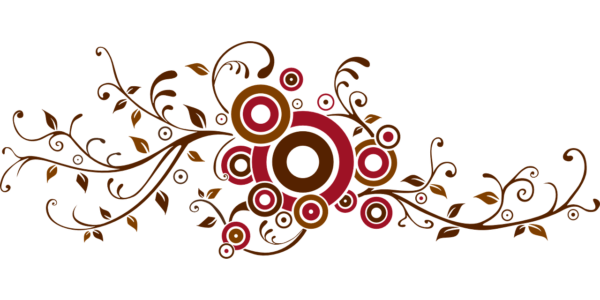 AN INFORMAL DATE by Heather Gray

Could two people be more different? 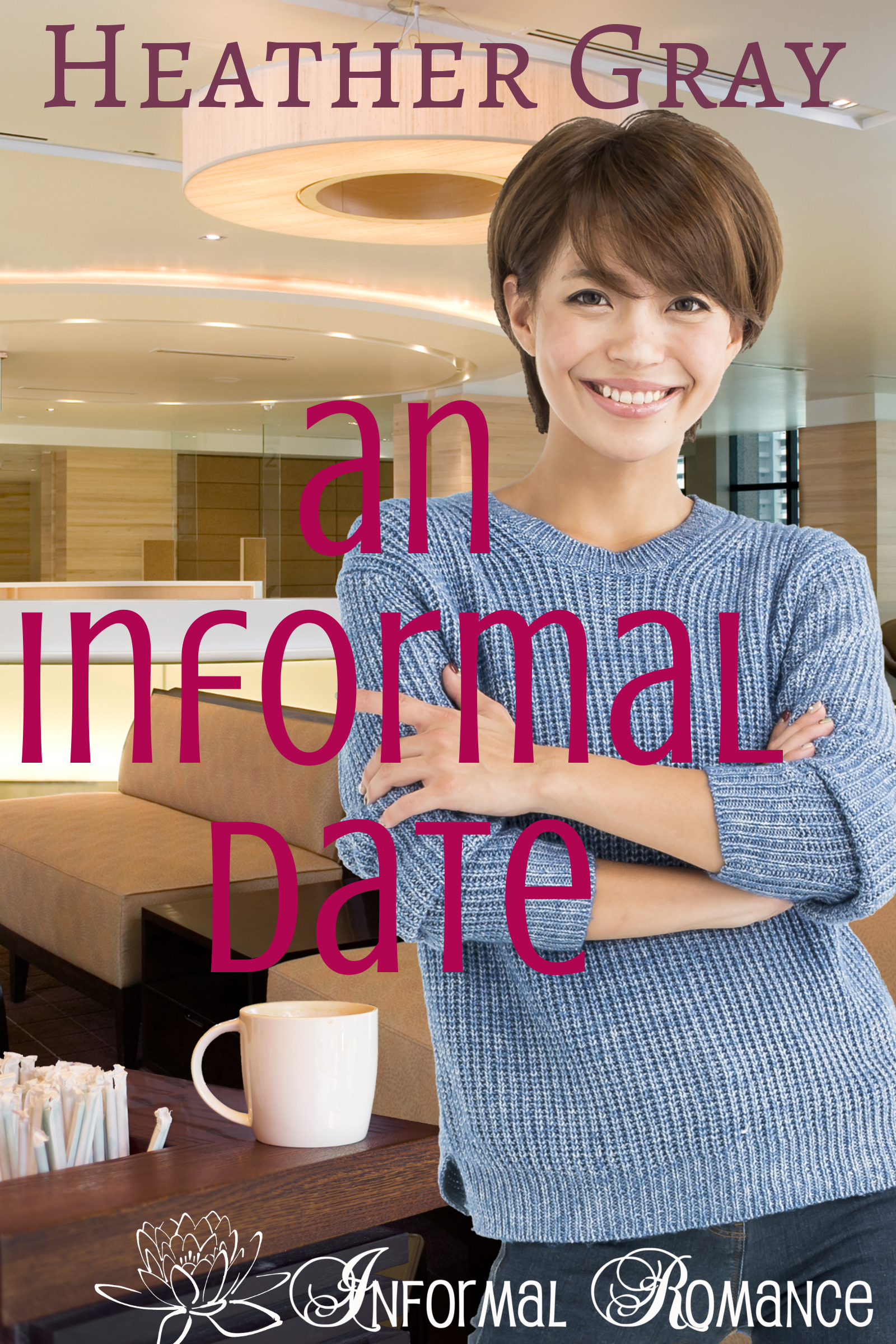 Kimi Fairchild is pursuing an Art Therapy degree while working as a barista at a local hospital. She takes life as it comes and has a smile for everyone who crosses her path. She’s never much cared for schedules, either…until a mysterious man starts showing up at her coffee kiosk every Monday, Wednesday, and Friday at exactly 7:05 a.m.

Owen Pratt is a research scientist on the verge of obtaining FDA approval for a new cancer-fighting drug. He has limited people skills, a fondness for caffeine, and a love of strictly kept routines. He’s the antithesis of Kimi in almost every way. Something about her smile, though, keeps bringing him back for more.

How can two such different people go from a shared interest in coffee to a shared future? By getting out of God’s way and letting Him handle the details. Ha! Easier said than done.

Kimi pretended to organize her muffin assortment as Dr. No-Name approached. She could set her clock by him. Every Monday, Wednesday, and Friday at 7:05 in the morning, he came for his large half-caff triple nonfat medium whip white mocha. Even though she knew what he would order, she waited for him to arrive. One day not too long ago, she’d started his drink as soon as he’d stepped into view. She’d had the steaming beverage ready and waiting for him. The poor guy had been so flustered he’d knocked over the fruit basket and taken out half the cookie display in the process.

Dr. No-Name glanced to the side and tripped over a covered cable that ran along the floor. He kicked the toe of his loafer into the top of the cable’s molded rubber protector, lost his balance, hopped a couple of times on his left foot, swung his arms like a grade-schooler doing the windmill in PE, and finally got his right shoe back down on the ground. Despite the theatrical gymnastics, nobody but her appeared to be watching the show. She had to give him points for the landing. Not a brown hair on his head was out of place, and his lab coat hung from his shoulders with straight lines in complete denial of its recent whirlwind of activity.

The same cable had been positioned across that floor for as long as Kimi could remember. The doctor had to know it, too, but unless his eyes were trained directly on it, he seemed to forget. She’d witnessed his footwork often enough to realize that much, at least.

Kimi turned her back on him lest he catch her spying. Despite his oddities, she enjoyed Dr. No-Name’s visits to her kiosk and didn’t want to scare him off by staring or — heaven forbid — laughing.

She turned around, her smile in place and hopefully no pity in her eyes. “Good morning! The usual?”

Dr. No-Name nodded. Most doctors wore their name embroidered on their official white lab coats, but not this one. Plain white, no fancy frills, and no embroidery. Either he wasn’t important enough for a name on his coat or he was humble enough not to care. She secretly hoped it was the latter.

Kimi set to work on his drink and tried to make conversation. “You always order a triple shot, but you want half-caff. Most people who want to go easy on the caffeine avoid the triple.” 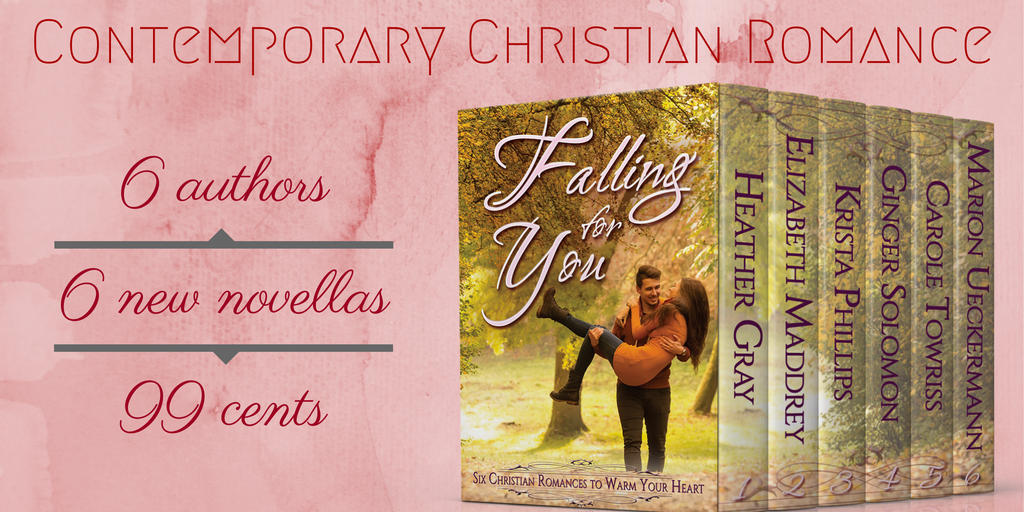 She caught his shrug out of the corner of her eye. Getting this guy to talk was harder than pulling a barking dog’s molars with a pair of tweezers.

Click here to purchase Falling For You and get all six brand-new novellas for 99 cents.

Now for a giveaway! Comment below to tell me what you love the most about fall.

One commenter will be randomly selected to win a $5 Amazon gift card.

In the meantime, enjoy the fall weather and curl up with a good book (or box set)!