In June I promised to tell you a little about the ‘other’ men in my life. I’ve already shared Simon Hartley with you, the orphan elephant whisperer in Zambia from my recently released novella, Orphaned Hearts. This novella is also part of  best-selling box set, Splash!

The next hero I’d like to introduce you to is already a five star hit with readers, and he’s barely a week old. Oslo Overtures released on Friday, 14th August amidst little fanfare. I had planned a three-week blog tour which I subsequently cancelled due to a family crisis. And so, Kyle Sheppard made his way onto cyber bookshelves quietly and unobtrusively—a little like the man he is (not the daredevil looking for the next big thrill as some perceive him to be).

Although a world-renowned wingsuiter from New Zealand, Kyle chooses to ignore the women who gravitate toward him because of his exciting career and good looks. Adrenaline groupies he calls them. All he wants is someone who’ll care about him because of who he is and share the same beliefs. But Kyle’s convinced that God will have to send an angel from heaven for him to find his soul mate.

When the beautiful Norwegian wingsuiter, Anjelica Joergensen, tells him off at their very first meeting, Kyle’s best friend and wingman, Luke, decides that she is exactly what Kyle wants, and needs.

I thought I’d share that first meeting with you which takes place at the welcome party for over a hundred wingsuiters who gather in Oslo to attempt to set a new Guinness World Record in formation flying. 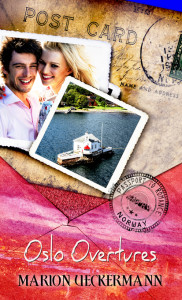 s over Kyle and Erick’s shoulders as he leaned into their conversation. “Has anyone else noticed a severe lack of women in this room?”

“Yes, and you know why?” Kyle looked at his two friends, unsmiling. Silence filled the air before Kyle’s smile boomeranged back. “Because if women were meant to fly, the skies would be pink.”

The three buckled over as their laughter filled the air.

When Kyle straightened, his chortles subsiding, he was met by eyes as blue as the Nordic fjords. He stared spellbound. Had he died and gone to heaven?

The blonde beauty’s lips parted. They were the softest pink Kyle had ever seen. “Clearly you’ve not yet seen our sunsets.” There was the slightest tremor in her voice.

Kyle cleared his throat. “I—I only arrived this afternoon.”

He rubbed his neck before trying again. “It’s still light outside. No sunset yet.” He raked his fingers through his hair, sweeping the dark strands away from his eyes, and grinned. He hoped that would help.

She turned her attention to their Norwegian partner in crime. “As for you, Erick…you find that sexist joke amusing?”

Erick began to nod, but his head quickly changed direction. He opened his mouth.

She stopped him. “Don’t say anything.” Turning to Kyle, she took a step closer.

Kyle could feel both the warmth of her breath and the coolness in her voice.

“I’m sure you’ll soon discover that in Norway we believe in equality of the sexes, so it’s best you behave appropriately in our country, Mr. Sheppard, or return home to your sheep.”

He really wasn’t a sexist—the joke had just rolled off his tongue. He never joked. Why had he chosen that moment to start? And why would she assume he was a sheep farmer just because he was from New Zealand?

“Besides,” she interrupted, and Kyle wasn’t sure whether he saw a smile tug at her mouth. “Don’t you know that only angels are meant to have wings?” She turned and disappeared into the crowded room.

“Anjelica Joergensen. But we call her Angel.”

To read more blunders that Kyle gets into with the beautiful Norwegian, get a copy of Oslo Overtures from the publisher’s website, www.pelicanbookgroup.com, Amazon and other online distributors.

Or you could leave a comment and stand a chance to win an eBook.

The next hero I’ll share about will be South African missionary, Adam Carter of Helsinki Sunrise. Be on the lookout for Adam in Oslo Overtures, as he makes a brief appearance in this book. You may want to pick up a copy of  Helsinki Sunrise and read Adam and Eveliina’s story first.

“If women were meant to fly, the skies would be pink.”

Those were the first words Anjelica Joergensen heard from renowned wingsuiter, Kyle Sheppard, when they joined an international team in Oslo to break the formation flying Guinness World Record. This wouldn’t be the last blunder Kyle would make around the beautiful Norwegian.

The more Anjelica tries to avoid Kyle, the more the universe pushes them together. Despite their awkward start, she finds herself reluctantly attracted to the handsome New Zealander. But beneath his saintly exterior, is Kyle just a daredevil looking for the next big thrill?

Falling for another wingsuiter would only be another love doomed.

When a childhood sweetheart comes between them, Kyle makes a foolish agreement which jeopardizes the event and endangers his life, forcing Angelica to make a hard choice.

Is she the one who’ll clip his wings?

Can he be the wind beneath hers?