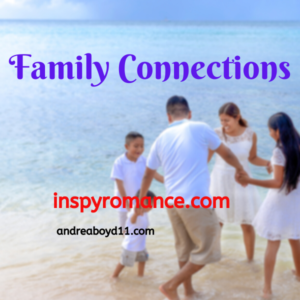 Family, where would we be without them? I asked the authors of InspyRomance if they had any books based on family and got a hailstorm of information. We all seem to love seeing family connections in books and writers are glad to oblige.

I always said, if I could only have one child, I wanted it to be a boy. So I’ll start with the series based on brothers. Valerie Comer has a series in process call Cavanagh Cowboys Romance which follows six brothers. Her next book in the series, Give Me Another Chance, Cowboy, releases February 9, so keep an eye out for that one.

Merrillee Wren has three books in the Dalton Brother series. Mandy Blake’s Blackwater Ranch series is based on brothers. And Liwen Ho has five in her Spark Brother’s series.

Now for the sisters. Marion Morrison Ueckermann is working on the last couple of books in the Seven Suitors for Seven Sisters series. Tara Grace Ericson has The Bloom Sisters series. That was the only two responses I got for sisters. Do you find that surprising?

Now we get to the families with both brothers and sisters. Laurie Larson’s Pawleys Island Paradise follows the Harrison family. Elizabeth Perry Maddrey has two—Hope Ranch and Baxter Family Bakery. And my own The Spencer Family series has five siblings—three boys and two girls. Yeah, the boys still outnumber the girls. 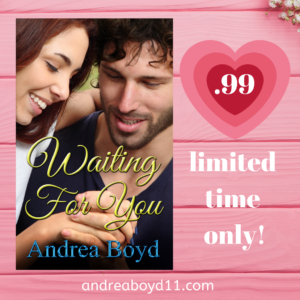 Here are a few that have family within the series but aren’t based on a complete family. Toni Shiloh has a couple of relatives in her Maple Run series. Jaycee Weaver has a brother/sister set in her Everyday Love series. And I have a couple of sisters in my Walden Beach series. Maybe those two will help balance out my brothers to sisters ratio.

So what about your preference? Do you like stories surrounding a family or are you indifferent? Do you prefer brother, sisters, or a mix? I look forward to hearing from you and one lucky commenter will win an ebook copy of my latest release, When Forever Fades! 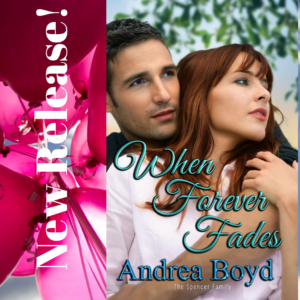