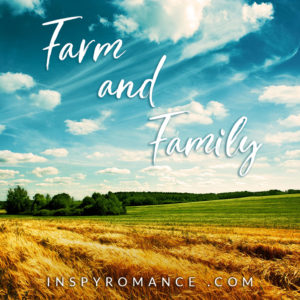 When I decided to write a series centered around a cattle ranching family, I knew there would be many hours of research involved. Ranching is more than a job—it’s a way of life, and it’s often an inheritance. You pick up right where your parents left off.

I grew up on a cattle farm in rural Alabama, so I knew a little bit about the duties of a rancher. I’m still not sure about the difference between farms and ranches. The best I could gather was the regional naming coupled with the acreage.

I grew up running in pastures, climbing fences, and hiding in hay barns, but while I was playing, my family was working. I didn’t pay much attention to the long hours in the fields or the backbreaking work.

I know neighbors knocked on our door every so often and let us know one of the cows had gotten past the fence and wandered into their yard which meant my dad would put on his boots in rain or shine, day or night, to bring it home. Then, he’d have to fix the fence so it wouldn’t happen again.

I know that my grandfather stretched his eighty-five-year-old bones this morning before he checked fences and fed the cattle.

I know you better think twice before planning anything in the summer because it’s hay season.

For everything I knew about farming, there are fifty things I didn’t know. So, I called my dad. I asked the questions. I listened when he mentioned where he was going and what he was doing. I think he has gotten used to my random text messages by now.

How much does a cow cost?

How often do you go to auction?

What do you do when it rains?

In case you didn’t know, not much changes when it rains. The cattle still need feeding, and the fences still need to be checked.

When I was writing Mistaking the Cowboy, the latest book in my Blackwater Ranch series, I was interested in the bull. I say “the bull” because there can only be one.

A few weeks ago, I was at my sister’s house talking to her while our kids played on the swings. Her husband rode up on the four-wheeler and joined us.

“What do you mean it’s gone?” my sister asked.

You see, sometimes farmers run into problems they don’t know how to fix. That’s what happened when the neighbor’s bull found its way into our pasture.

The day before, the two bulls had been fighting. How were they going to keep them from hurting each other? No one wanted to get near the angry bulls. There was also the damaged fence situation, which was easy enough to fix.

So they fixed it and hoped the bulls wouldn’t kill each other before morning. They had formed a loose plan to herd it into a trailer and haul it back to the neighbor. Again, the mechanics of this plan were sketchy at best.

Imagine everyone’s surprise when the neighbor’s bull was back in its own pasture the next morning.

“I mean, I fixed the fence yesterday. Somehow the neighbor’s bull tore through the new fence and got home on his own,” my brother-in-law explained.

“What does that mean?” my sister asked.

He shrugged. “I guess that means I have another fence to fix.”

So, I started asking my dad about the bull. He said that the bull isn’t one animal, it’s half your herd. A bad bull can cause a lot of problems, and to top it off, you need a new one every few years.

Buying a bull isn’t easy or a task to take lightly. You study the veterinarian records, inspect the health history of the new bull’s current herd, and check for diseases. I don’t know why I was so fascinated by the process of buying a bull, but I ended up writing it into Mistaking the Cowboy.

When I decided to write the Blackwater Ranch series, I had no idea I would learn so much about my own family in the process. I got a chance to reconnect with my childhood and understand the sacrifices my family made to keep up the farm.

And once again, books have enriched my life. I try to learn something new every day, and it’s easy when I’m seeking out the answers to questions I should have asked a long time ago.

What’s something interesting you’ve learned from reading fiction books? Leave us a comment below so we can all learn something new today.

If you want to read more about Blackwater Ranch and the Harding family, check out my new release, Mistaking the Cowboy. 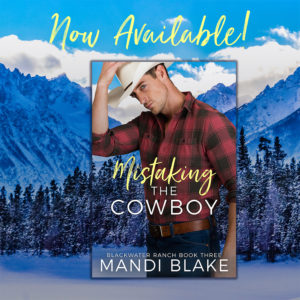 Mandi Blake was born and raised in Alabama where she lives with her husband and daughter, but her southern heart loves to travel. Reading has been her favorite hobby for as long as she can remember, but writing is her passion. She loves a good happily ever after in her sweet Christian romance books, and loves to see her characters' relationships grow closer to God and each other.