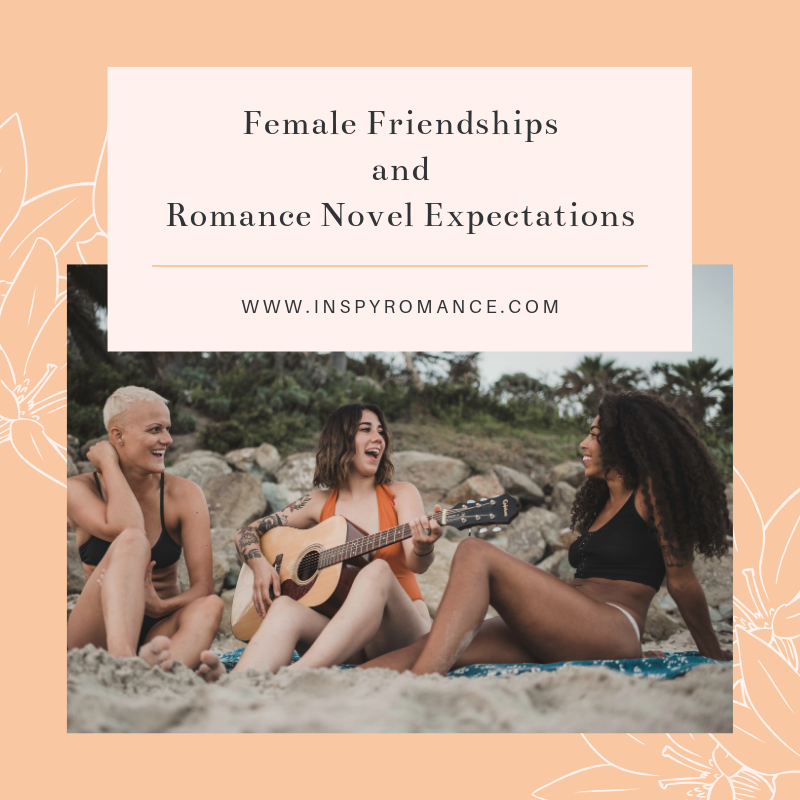 One of the most common complaints about contemporary romance I see in various reader-based groups is some variation of “they give people unrealistic expectations for romance.”

I guess I kind of get it.

Real life romance doesn’t always look like what we see in the pages of a novel. (Although, I would also say there are a lot of Christian romance writers who really DO show what reality can and should be — and I’m delighted that so many of those authors are bloggers here.) After all, it’s hard to make three hundred pages of a 2-year friendship that changes into a year of dating and then a six-month engagement riveting. Especially if the man and woman involved are careful to sit and talk through disagreements and are open and honest about everything because they have that two-year friendship as the underlying foundation. (So yeah, that’s pretty much my story with my husband. And while maybe not a riveting novel, I wouldn’t trade it for any of the drama and misunderstandings that go into a book.)

But even still, the underpinnings are there in novels that make them realistic. After all, every relationship is going to have some ups and downs. Every relationship is going to hit a wall where feelings are so hurt communication might get bottled up for a day until cooler heads prevail. Because the process of taking two fallen people and morphing them into a united picture of Christ and the church is bumpy.

So I’ve never really understood the problem with romance or the idea that it creates unrealistic expectations for marriage.

Where I struggle? Girl friends.

Have you ever noticed how most romance novels — particularly series — have a tight-knit group of women in them? These girls tell each other everything. They always have the others’ backs. They’re there for anyone in the group regardless of how irrational and/or hormonal the other is being. They tell it like it is, but kindly and with love so that the friendship gets stronger instead of wrecked. (And they listen to the others when that happens and are willing to admit when they’re wrong.) Finally, despite being a tight-knit group, they’re always willing to expand and welcome anyone else who wants to become part of their crowd.

In my real life experience (which I don’t think is too far off from the experience of the general population of women), female friendships can be close and wonderful. Right up until they’re not. And then, more often than not, one person is left scratching her head wondering what just happened as she tries to count the claw marks from the woman who she thought was, until a few minutes previous, her BFF.

And that’s one on one. A group of women? Ha. There’s a reason the word clique exists. Most of the time, the women in the clique will vehemently deny that they are one even as they explain why no one else can be part of their group.

Now, I’ll admit, I’ve had a few groups of women friends in my books. But most often? I have one–possibly two–close friends within the context of a larger mixed-gender group. And my female characters always have a much easier time relating to the guys. (Why? Because I have always had a much easier time relating to guys. There have been some hard moments in front of my manuscripts when I’ve known I needed to have some girl-time and I have sat there, staring at the blinking cursor, completely incapable of figuring out what one female would say to the other in that situation.)

What’s more, while I never put any expectation on a real life romantic relationship because of something I read, I am consistently left vaguely disappointed with my life because of the way female friendships are portrayed in books vs how they are in real life. That girl standing outside the in-crowd circle wondering why no one’s asking her in? That’s me.

As I’ve gotten older, I’ve realized it’s more to do with my expectations than anything. It’s not as if I don’t have female friends–I do. But not nearly in the quantity that, based on literature, I believed I should have. And those fancy in-crowd groups who spend all their time tagging one another on Facebook and talking about how ah-maz-ing the other person (and everything they touch/see/think/do) is? Yeah, not in those.

And you know what? That’s okay. My friendships are different. And they’re still real. And they suit me.

So all this to say, if you find yourself feeling a little wistful when you read about these big groups of woman friends and their traveling pants or old-lady book clubs or all the other things in-between–hang in there and remember: this is fiction, not life. And just like you wouldn’t expect Prince Charming to ride up on his white charger to save you from a dragon in reality, maybe the female friendships God has for you aren’t going to look like what you see in the pages of a book either.

Do you have a favorite group of female friends from fiction? Who are they? What book are they from? What do you love about them?