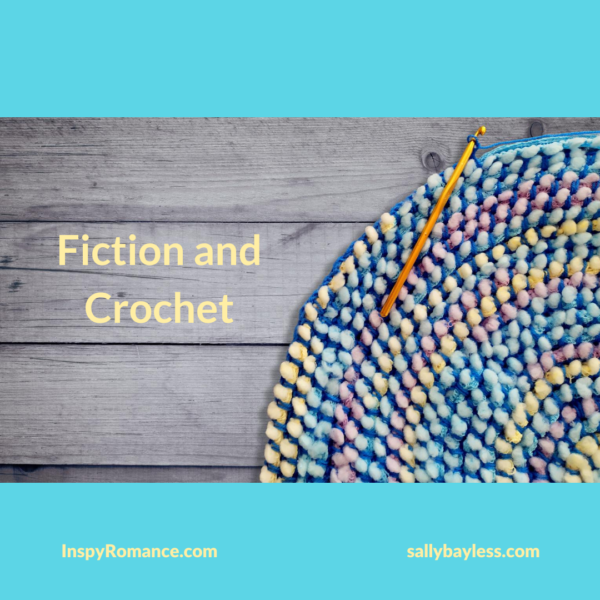 For instance, I could say that fiction needs to read smoothly, much like crochet stitches need to be smooth and even. I could draw some analogy between the characters in a story and types of stitches or colors of yarn. Or perhaps compare types of yarn with genres of fiction.

But the similarity I really want to discuss is the process.

When I tell people I’m a writer, they often ask me where I get ideas for my books.

Once in a while, I can point to something that felt like actual inspiration.

I distinctly remember I was swimming laps when I had the idea for what later became Love at Sunset Lake.  I pictured a woman driving out of town in a convertible, wearing a long turquoise scarf that trailed behind her.

Wait, you may say if you’ve read Love at Sunset Lake. There’s no convertible and no scarf.

Ahh, but there is an idea of freedom, which is somehow connected in my mind with convertibles. In Love at Sunset Lake, the heroine eventually finds freedom from the sins that haunt her. The idea just changed a lot along the way.

So sometimes, I do feel real inspiration. Some snippet will pop into my mind and it connects, through a weird, illogical path, to another idea, and then I’ve got something I can’t stop thinking about. Or once in a while I’ll wake up in the middle of the night with an idea for the next scene in a book I’m working on.

Most of the time, though, that’s not what my writing process is like.

Inspiration happens far less frequently and reveals far less of the story than I expected before I began writing fiction. Before my first book, I imagined that authors just sat down and words flowed out onto the page. For me, unless I have the story well thought out, words that pour out often end up getting deleted.

My book ideas usually come—not in a flash of inspiration—but step by step, starting with me trying to come up with an external plot. I often start by thinking of two basic types of conflict. Either it’s a case of two dogs fighting over one bone, where the hero and heroine both want the same thing, or it’s a case of two people fighting over an outcome where there will be a definite winner and definite loser, like the sheriff will catch the bad guy or the bad guy will get away.

I’ll latch on to some conflict, say a hero and heroine who both want to buy the same house—which you’ll see in my next Abundance book—and then I work my way out from there, using all the tools I’ve learned through the years of how plot structure works. Basics like asking myself questions: Who are these people? Why do they want the house? What do they want to do with it? And what problems can they face as they work their way through three acts?

In short, my writing process feels a lot like crocheting an afghan. A skein of yarn, then one loop, then a chain, then one stitch after another, and eventually, something snuggly.

A one-sentence idea for a story, then a paragraph, then a short outline, and eventually a book.

Some people work in a creative flash, writing the whole story by the seat of their pants. Not me. I’m a plotter. I’m a crafter. I show up every day and happily build out the story with another row of nice, smooth stitches words.

Eventually, I have a whole book, a book that I hope will make a reader as happy as the process of writing it made me.

What about you? Do you have a craft that brings you joy? Perhaps a special project you are working on these days? Or perhaps a Christian romance you’ve enjoyed where the heroine loves crafts?

I’m giving away a free copy of my latest craft project, my newest book, Love Once More. If you’d like to be included in the drawing, please comment by Tuesday, Aug. 4, 2020. One commenter on this post will be chosen at random, notified by email, and announced in a Sunday edition. If the winner lives in the US, he or she can pick from a Kindle copy or a paperback. A winner outside the US will win a Kindle copy. 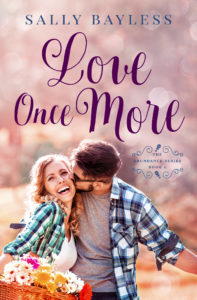