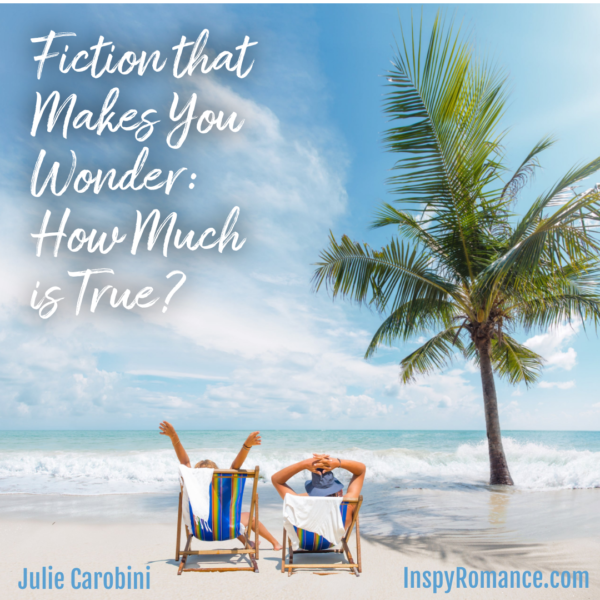 Are you like me? Do you find yourself Googling Did that really happen? while reading a book or watching a movie or TV show that has roots in real life? (I’m looking at you,The Crown).

That’s one reason why my novel, Chasing Valentino, was such a kick to write. The book’s setting is Hollywood by the Sea, a real place with a storied past on the California coast. The silent film that made Rudolph Valentino a heartthrob in the 1920s, The Sheik, was filmed among the area’s tall dunes. Other movies were made there as well.

The Sheik’s setting was supposed to look like the Sahara Desert, hence the use of those mountainous dunes. Back then, it took actors hours to travel from Los Angeles to film, so lore has it that this enclave was given its Hollywood moniker to help them feel more at home.

I lived in Hollywood by the Sea for a couple of years, but that was a long time ago. It hasn’t changed all that much, though. Well, except for the real estate prices! But you can still stroll down the street and find homes from a previous era. 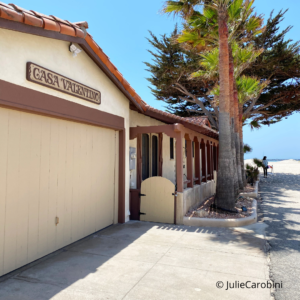 Case in point: My husband, Dan, took this picture of Casa Valentino, a house rumored to have hosted Valentino all those years ago. If you squint, you can see me standing on the beach, watching the surf.

A few years back, I found myself thinking up a new heroine and setting her story in Hollywood by the Sea. I wanted to include bits of yesteryear in a contemporary novel. Then, I ran across a true story in the New York Times about a 100-year-old postcard that showed up in someone’s mailbox—complete with a one-cent stamp on it!

I had so many questions after that. And I realized that my heroine, Greta, would have questions too. So the postcard came into play when Greta needed a reason to move from Indiana to the shores of Hollywood by the Sea.

And that’s how my novel, Chasing Valentino, was born. 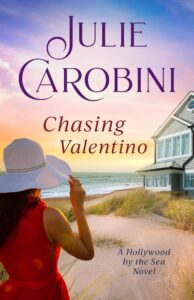 By the way, I’m new to the InspyRomance Blog and this is my first post. Thanks so much for having me! I’d like to give one commenter an eBook of Chasing Valentino. Giveaway is open to both US and international readers. Enter to win by answering the following question through Monday, April 11 (my birthday!):

What’s the last TV show, film, or book that had you wondering, Did that really happen?

JULIE CAROBINI writes inspirational beach romances and cozy mysteries ... with a twist. She is the author of 20+ books across two names and is known for spunky heroines, charming heroes, quirky friends, and the secrets they keep. Her bestselling titles include Walking on Sea Glass, Runaway Tide, Windswept, The Christmas Thief, and more. Julie has received awards for writing and editing from The National League of American Pen Women and ACFW, and she is a double finalist for the ACFW Carol Award. She lives on the California coast with her husband, Dan--not too far from their grown up kids. Grab a free eBook here: www.juliecarobini.com/free-book