Hello, Jolene here on this fine Friday morning. I grew up in the Texas Hill Country and around cowboys of all kinds. There are the ones that work the land and would rather be out in the cold than locked in a warm comfy office. Then you have the rodeo guys that chase the buckles and have broken bones to prove it. Last and maybe least you find the urban cowboy also known as the drug store cowboy dressing the part, but just doesn’t do the work. He wants to be everything the others are by their very nature. It’s who they are deep in their bones.

The very first stories I wrote had cowboys walking through them. That was before I learned they were a trend. A well-established, long-lasting trend. I love the archetype and the true to life cowboy. They are part myth, part history and part of our modern culture.

So as my eighth Love Inspired book hits the shelves in end of October I’m starting to think I might be building a career on the on this much-loved hero.

What is it about the cowboy that we love? Why do we put him in a cart over and over again?

I’m sure there are more than fifty reasons we love the Knight in Faded Denim, but you don’t have that much time to read this post, so let’s keep it to my top five. 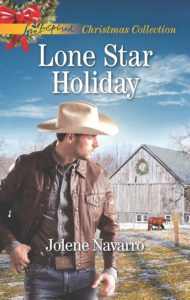 5. The way he moves. Rolling with a fast-moving horse to cut stock or throwing hay onto a flatbed this man uses his whole body to get his work done and most of the time he is not in a rush. That leads to my favorite type of moves. Dancing. No, I’m not talking about the lame line dancing. We’ll leave that to the urban guys. I’m talking two-stepping across a smooth floor covered in sawdust, so the spinning is at its best. I might add that I’ve lost count of the hours my husband has taking me around a dance floor and I loved every minute. I have been known to try and lead. He just laughs, pulls me closer and takes me the opposite direction. On a side note…they are not afraid of strong women. But that might be more because of reason four.

4. Cowboys are masculine. They don’t have anything to prove, they are what they are, and you can take it or leave it. He relies on himself to solve any problems and will help where needed. His work started before the sun is up, and he’s not finished when it goes down. That’s the great mystic of the cowboy hero: He’s comfortable in his skin, but he’s a bit dangerous too. Any man is will and excited to sit on a 2,000-pound animal made of horn, hooves and muscle for 8 seconds has plenty of confidence in his step. What’s more masculine than that? The cowboys I’ve met are down to earth and straight talking. Nothing sexier than that. Which takes us to number three.

3. Integrity and Honor are at their very core. Cowboys are some of the most loyal people I know. From my experience, they are followers of the law unless that law is wrong. They have a clear view of right and wrong, fair and just. If something falls on the wrong side for them they will stand up and fight. In general, they are not fighters, but once they go there, watch out. They will follow through. The cowboy doesn’t back down when he believes in something. They might not be your Sunday church goer, but they have a strong belief in God and see him in the land they love. But he’s not the master of that land, and he knows it. He’s a steward of it, and that’s where that core of honor runs, so deep and strong inside him. 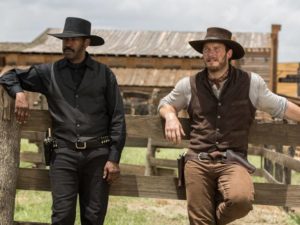 2. Raised with Manners. I’m a true Texas gal, and I appreciate a man with old-fashioned manners. A truck taking me to the door, so I don’t have to walk in heels or in the rain, a hand at my back, and a “yes ma’am” in that slow southern drawl gets me every time. And I can say in the last thirty years of marriage to my cowboy it has not made me less independent and intelligent.

1. The number one reasons I love my cowboy. I mean we love cowboys. They’re hard workers. They learn a strong work ethic early on. They learn to suck it up when they get knocked down or thrown off. Someone that self-sufficient can take of not only himself but the people he loves.

Yeah. He’s a man who works the land, a man who is, in many ways, is not on the highway of the modern world. Rush hour traffic and time cards don’t dictate his schedule. Cowboys, work hard, every day. Grueling physical work that puts those long lean muscles in all the right places. Hello, Muscles (That’s just a side benefit that I might have mentioned earlier) He makes his own way and tips his hat as he does it.

Cowboys are tough, hardworking man that at times can be loners. But how much do we watch that gooey core being exposed to the right women?

That’s what happens into Max Delgado in Lone Star Christmas. He tough and doesn’t need anyone. Until Jackie Bergmann shows him otherwise. 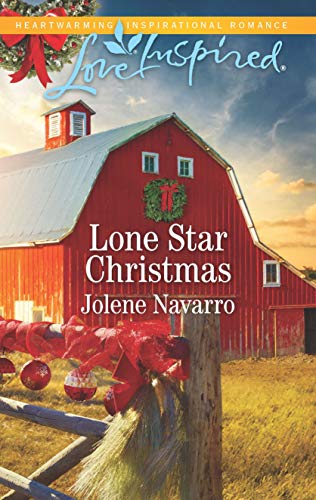 So that’s my five reasons. What about you? Let me know what is it that you love about a cowboy and I put your name in to win my newest release. Or do you have another favorite type of hero. You can tell me about that too.