Sometimes in our lives we hit these places where God has so much more He wants to give us, if only we’d let go of clinging to our own plans and let Him!

I needed to make a decision last week. Probably not a huge decision, but you know how sometimes things can feel so much bigger than they are? I’d had that nagging uncomfortable feeling all week of being out of step with God, that I’d somehow taken a wrong turn and wasn’t following His path anymore. Not a good way to feel.

I wanted to get back to feeling right with God ASAP and to be clear I was doing what He wanted me to, so I spent most of Sunday in prayer and journaling, seeking guidance on where I’d gone wrong. One thing I knew for sure, it had something to do with that decision.

It wasn’t like it was a moral issue or a faith issue or an issue where it would hurt anyone else, no matter what I chose, so there wasn’t an easy clear-cut right or wrong. It was just one of those, “Do I give up this? Or do I give up that?” questions. I wanted two things, and I could have one or the other, but not both. I felt a lot of fear about giving up either. I weighed them up, I did a chart with pros and cons, I asked God to show me which he wanted me to choose. Yet I still wasn’t getting an answer. 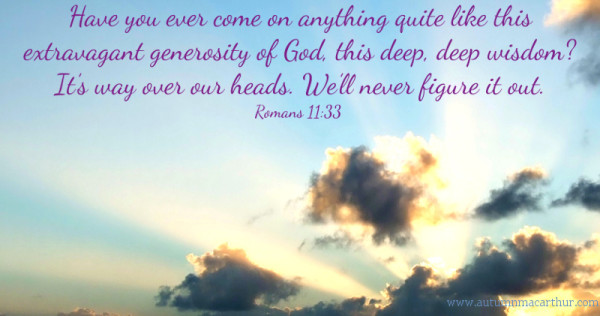 Of course, being God, straight away He gave me the answer.

It didn’t matter which I decided, as long as I decided for the right reasons. The reason I couldn’t get clear, the reason I felt so much fear and anxiety around the decision, the reason I’d felt out of step with Him, was because I wasn’t trusting Him to take care of the outcome. I wasn’t stepping out in faith, I was stepping back in fear. I was clinging on to my plans, afraid He wouldn’t support me if I didn’t do what made worldly sense.

God wanted to show me that doing the right thing for the wrong reasons and with the wrong attitude was just as destructive of my peace as doing the wrong thing.

He showed me that the decision wasn’t as important as making it with the right attitude. If whatever choice I commit to is done whole-heartedly, with a loving attitude, trusting that He is in charge, then He will take care of the outcome.

I’d focused on external things, and that cost me my peace. As soon as I gave up doing it myself and asked,  He stepped in to help me to focus on Him and my walk with Him instead. It didn’t matter which option I said “Yes” to, as long as I also said “Yes” to God!

Have you ever come on anything quite like this extravagant generosity of God, this deep, deep wisdom? It’s way over our heads. We’ll never figure it out.

Is there anyone around who can explain God? Anyone smart enough to tell him what to do? Anyone who has done him such a huge favour that God has to ask his advice?

Catriona, the heroine of my story More than Friends in the Splash! summer romance anthology also needs to learn to say “Yes” to God, and let go of a decision she made for all the wrong reasons.

It’s funny how God is always teaching me the same spiritual lessons as my characters! 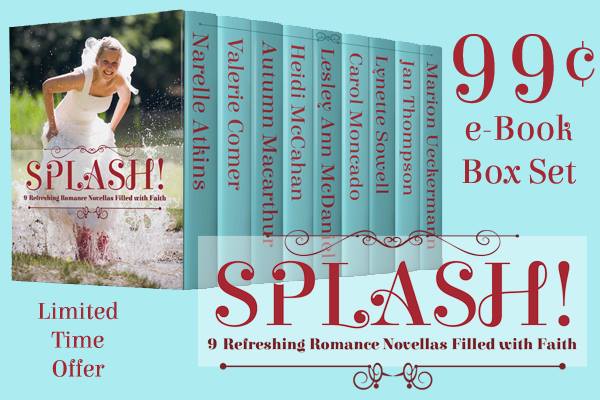 I’d love for you to share in the comments the best things you’ve had happen from saying “Yes” to God!