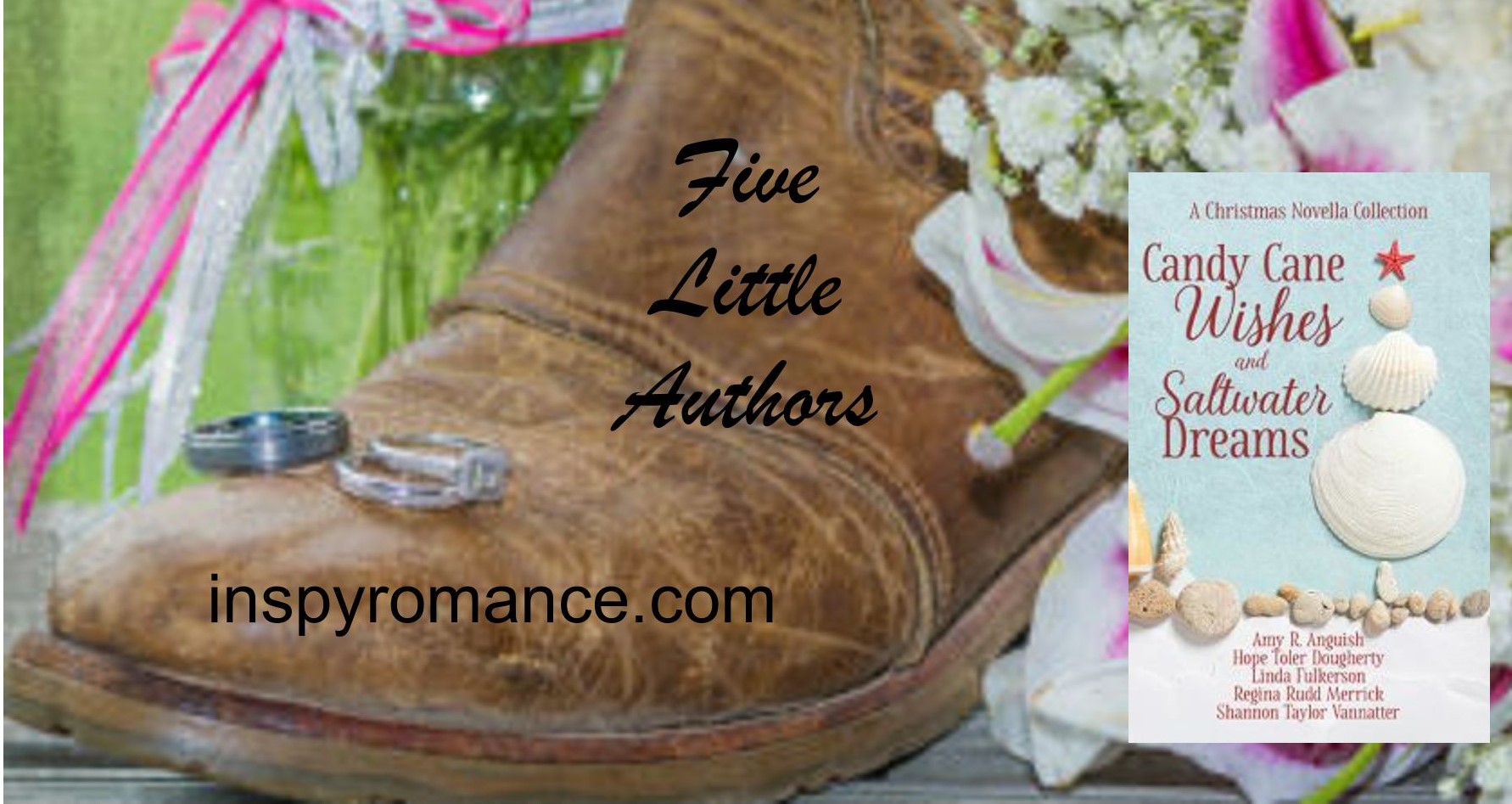 It always amazes me how authors write so differently. At times over the years, I’ve heard about a book that sounded very similar to one of my unpublished works, only to buy the other author’s book and read a story completely different than mine, even though the subject matter was the same. Case in point–with Candy Cane Wishes and Saltwater Dreams, I joined four other authors to create the novella collection. Our theme–Christmas at the beach. We each chose different beaches and went to work. Today, I decided to share short excerpts of the hero and heroine meeting from each novella in the collection. 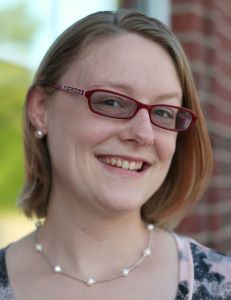 Lying in the church building.

Such audacity. And yet the desperation Charlie Hill’s family was fueling drove him on. He’d been raised to know better, but the very same people who’d equipped him with moral values had driven him to this brink.

He didn’t even know her. Wasn’t sure she’d be here long enough for this plan to work. But he had to try.

Charlie maneuvered his way down the aisle, past the confused glances of his relatives, and leaned over ext to the pretty blonde—the only girl in the building who wasn’t sitting beside someone. “This seat taken?”

Wide chocolate eyes met his. She blinked and gave a short nod before gathering her purse and scooting toward the middle of the pew. When she didn’t stop until the center, he swallowed a grimace, hiked up his courage a bit more, and followed her in.

Before she could move again, he dropped the bulletin on her lap.

His finger tapped the hastily scribbled request on the bottom. No need to look at the words. He’d rewritten them a dozen times before giving up and hoping they conveyed enough of his misery that she’d take pity on him and agree.

To participate in his lie. 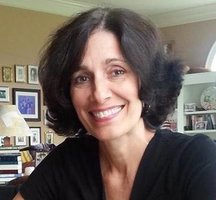 For a moment, Ben Daniels was fifteen again. The tackle shop matched exactly the one in his memory. The same weathered planks. The same signs for bait and ice. A side portion had been added, but the front cast him back to ice cream cones and Popsicles with his siblings on melting afternoons.

“This is it. Nice job, man.” Talking out loud. To himself.

Must be more tired than he thought.

He exited his car to stretch as scenes from that long ago summer vacation flooded his heaf—climbing the Hatteras Lighthouse, riding the waves, and a little girl with blond braids who tagged along or, rather, led them on other adventures.

What was her name? Would she, like the tackle shop, still be here?

He smiled and shut his door, a refreshing breeze blowing off the sound. The extended weather report promised more temperate days like this one for the remainder of October. Fantastic. He rolled his shoulders and headed inside.

A beach music favorite he recognized from college greeted him along with a woman sporting cropped gray hair. “Good afternoon. What can we help you with today?” She turned from a rod and reel display and moved to the cash register.

“Hey.” He blinked, pulling himself to the present. “I’m looking for a beach cottage.”

“For rentals, Island Realty is back up the road a bit.” The woman jerked her head toward the way he’d just come.

“No, ma’am, I’m staying at the Teachy Bed and Breakfast. I’m looking for the cottage my family rented years ago. I don’t have the address, but it’s near this store.”

“Pretty good chance the cottage is gone by now. Storms, rebuilding, and such.”

“Sure. I wanted to find it for old time’s sake. It was a special place, a special time for my family.”

A door behind the counter opened, and a woman with sandy blond hair stepped into the shop. He sucked in a breath. 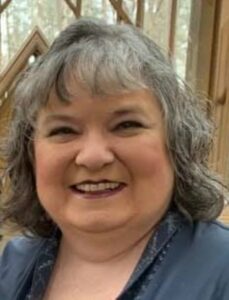 A Penny for Your Thoughts by Linda Fulkerson

Three days later, Pennie followed her fellow passengers through Daniel K. Inouye International Airportís open-air walkway leading from the gate to the baggage claim area. A floral scent wafted through the air. Plumeria, she remembered from her impromptu crash course of what first-time visitors to Oahu should expect.

She stood, mesmerized by the sea of baggage floating across the conveyor belt, when a series of unexpected and unwelcomed thoughts flooded her mind. Jared should be standing next to her. She should be giddy with delight, a bride on her honeymoon. Tears fuzzed her vision, transforming the

stream of colorful suitcases into a blurry blob.

Pennie dabbed her eyes. After a few blinks, she recognized her bag and yanked it toward the edge of the conveyor. One of the wheels caught on the carousel’s side, and she tugged hard to free it. A loud pop echoed. She flew one way and the wheel flew the other.

“Woah there, little lady,” a voice boomed behind her as a pair of arms balanced her. “You okay?”

She steadied herself and nodded, realizing her rescuer was a soldier. “Th-thanks.” Pennie pointed to his uniform. “And thanks for your service.”

“My pleasure.” He gave a slight bow. “You here on vacation?”

“A sort of working vacation, yes.”

“If it’s your first time in Hawaii, I can give you a tour.” The young man winked.

Pennie wondered if crashing her rear on the floor would have been a better option than being rescued. “Um. Thanks, but Iím good.”

Heat rose up Pennie’s neck. “I have to go.” She spun away from him and jerked her hobbled luggage to an upright position, wishing she’d trimmed her packing list.

Pennie drug the suitcase behind her. Each whump-whump of the lopsided bag grated against her already frazzled nerves.

After scanning the area for one of those luggage cart rental racks and finding none, she hoisted the crippled case in her arms, balancing it along with her purse, laptop case, and backpack, and waddled toward the rental car counter.

By the time she neared the area, she was hung from hauling her bulging bag. Pennie set the suitcase down to catch her breath and noticed a man at the counter accepting a set of keys from the clerk. He brushed his hand through a head full of short-cropped curls dark enough to contrast with his well-

tanned skin and rushed through the exit. 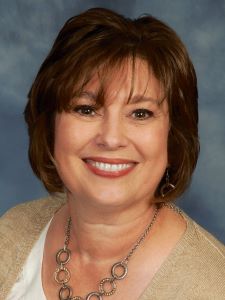 Insanity: doing the same thing over and over again and expecting different results. ~ Albert Einstein

Taylor Fordham stared at her computer screen, eyes glazed over as she scanned facts and figures. Those

Once again, she’d stayed up too late last night, watching her Sci-fi show, StarPort: SP-1, imagining how her favorite characters could end up together.

What was wrong with her? She loved her job. After Mike—gotta get my mind off that—she chose to stay in Litchfield Beach, the Pawleys Island area, for Pilot Oaks. Nearby friends helped, but finding her niche in the hospitality industry and working for the Crawfords at their B&B made it worth staying.

Her head whipped up when a masculine voice filtered through her brain fog. Taylor looked around the bank of miniature decorative snowmen on her desk, her nod to holiday decor. The heat on her cheeks felt anything but professional.

“I’m so sorry.” She rose, smiling, her insides doing something weird when the brown-eyed, dark-haired young man smiled back.

“Not a problem.” He gave her a half-smile. “I’m Ian Rutledge, here for the chef interview?” 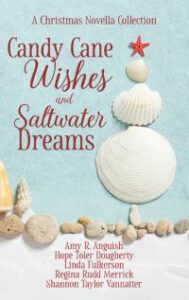 “This will never do.” Lark scanned the massive great room.

The week after Thanksgiving and no Christmas decorations, with a winter wonderland wedding scheduled for next week. How had Gran and Gramps had any guests with the Shell House Inn in such a state of indifference? They’d obviously lost interest long before they officially retired. Though they slept soundly in their private quarters, their hearts were already in Dallas.

“Yip.” Peaches’ ears perked as she paced at the front door.

Peaches went into Pomeranian orbit, bouncing around her feet.

“You have to be still if you want to walk. Sit.”

“Good girl.” Lark snapped the leash in place and scratched behind Peaches’ ears. “I’lI need somebody to cover this place in lights before the bride, who’s more high-strung than you are, arrives. But a walk comes first.” She opened the door, and Peaches shot out at warp speed, pulling the slack tight. Straight

“At least we think alike.” Lark sighed, breathing in the ocean air as the gentle swish of the tide rolled in. Even though Christmas was right around the corner, here at Surfside Beach, Texas, the sunny, seventy-degree day tempted her to kick off her shoes and wade the coastline. A breeze off the water whipped her hair about her face, soothing her stress level.

But being here also reminded her of the last summer she’d spent here as a teen. The dark-haired boy with thick glasses.

And their kiss. Surprisingly sweet and promising. Until he’d learned the truth about her. Her cheeks heated. If only she could find him and apologize, explain her shallow teen reasoning for going along with the dare.

A racket sounded behind her. Like the steady rumbling thud of horse hooves? Lark turned around. A pale golden horse with a lone rider thundered toward her. Her pulse spiked.

Should she stand still or dodge?

The horse reared up with a panicked neigh.

“Whoa, girl.” A man’s voice soothed. Just before he sprawled into the sand.

Free of her rider, the horse pawed the ground, stopped long enough to drop foul-smelling-fertilizer, then bolted on along the shore.

Five little authors, five different beaches, five completely different stories. It was a fun collection to put together and I’d like to do it again in the future. So tell me, do you like novella collections? Would your rather sample different authors in a collection or have one author per collection? What is your favorite type of novella–setting, holiday, or both? Answer one or all questions to enter the drawing for an e-book copy of Candy Cane Wishes and Saltwater Dreams.