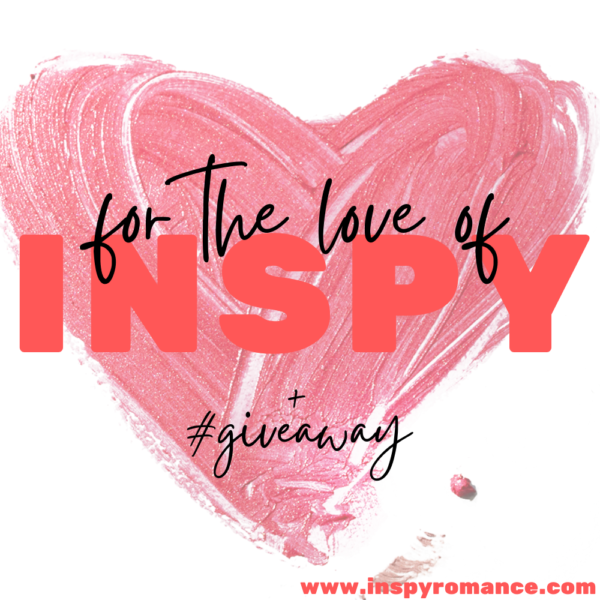 Here’s some irony for you: Teenage me already knew I wanted to be a writer, but there was one genre I was certain I would never write: Christian romance (can you hear God laughing?).

It wasn’t that I had anything against Christian romance; in fact, I enjoyed reading it. But I was so sure—in that way teenagers are so sure of everything—that there really was no purpose for Christian romance. Because it would only reach people who already believed in Jesus. And what did they need to read it for?

So when adult me sat down to pen my first novel, the plan was to write a secular young adult romance—from a Christian worldview but without any overt Christianity in it. I did write that book, but it never went anywhere. Which, as it turns out, was a good thing. Because it led me to write my next book, which was a Christian romance.

Why the sudden change of heart?

I have no idea!

Although I suspect it wasn’t as sudden as it seems. Because writing that first book felt a little forced. Like I had to keep things out of it that the character would have thought about in real life. Or that I would have wanted someone to tell her in real life. Things about how God was there and was listening and knew her struggles. I hated having to watch her go through all the hardships I put her through (and there were a lot!) without knowing Christ. Where was the hope? Where was the promise that this world isn’t all there is? Where was the Jesus?

I think that’s why the idea to write a book not only from a Christian worldview but with Christian characters who struggled and sometimes failed but ultimately trusted in the Lord and encouraged one another to live out their faith came knocking at my heart. And I’m glad I answered the door.

Because as I wrote that first book and then the next and the next, I discovered a few things about Christian romance that teenage me didn’t realize:

Christians need encouragement too. Ha. As a Christian, this one should have been obvious to me, right? Of course, our greatest source of encouragement and the source of all truth is God’s Word. I’m not saying Christian fiction can take the place of that. But sometimes it can be helpful to see that Word applied to the lives of people like us. To know that we aren’t alone in our struggles and to watch other Christians living out their faith even in the midst of trials.

Therefore encourage one another and build each other up, just as in fact you are doing.” -1 Thessalonians 5:11

Sometimes Christians need guidance in relating to non-Christians. Sadly, we all know people who don’t know Jesus. And sometimes it can be easy to dismiss those people or sit in judgment over them. But I think Christian fiction can challenge us to look at the world through their eyes. To maybe see what it is that’s keeping them from Christ—and how we can better encourage them in love and compassion so that they can come to know God’s grace as well.

Christian romance doesn’t only reach Christians. It amazes me how often people will mention in a review or email that they aren’t “religious.” Maybe they used to go to church or they pray once in a while, but they don’t really know much about Jesus. And then they picked up a Christian romance (I don’t know why, but praise God that they did!), and it touched their heart. I’m not saying that everyone who reads a Christian romance will love it. In fact, some will have the opposite reaction. But for those who are touched by God’s Word in the pages of a book—what an incredible and humbling privilege to be part of that, either as a writer or as someone who recommended a book to them.

Go into all the world and preach the gospel to all creation.” -Mark 16:1

Christian romance provides an alternative to other forms of entertainment. Let me be clear that I’m not saying there’s anything wrong with clean and wholesome books and movies that aren’t overtly Christian. But there are a lot of other forms of entertainment out there that aren’t so clean and wholesome. I love that when I pick up a Christian book, I know that not only won’t I have to worry about finding scenes that make me avert my eyes, but I also know that I will come away uplifted and encouraged in my own walk of faith.

Finally, God uses Christian romance. Nothing touches my heart more than an email or review that says, “This book is exactly what I needed at exactly the right time.” Because I didn’t know they needed the book. But God did. And I have no idea how he coordinates everything so that what they need to hear makes its way from my head onto my screen and then into a book that ends up in their hands just when they need it. But I thank him that he does!

Your Father knows what you need before you ask him.” -Matthew 6:8

Ultimately, I guess what I’m saying here is: Teenage me was wrong. And I’ve never been more happy about being wrong in my life.

Giveaway time! What draws you back to Christian romance again and again? Is there a particular book that has really touched you or spoken to you, one that was exactly what you needed, exactly when you needed it? One person who comments by March 9 will be chosen at random to win your choice of any of my ebooks!