I’m reading a series about a woman who is separated from her husband – not by her own choice. Have you ever found yourself hating a character in a book? Though I know this guy is only a figment of the author’s imagination, I utterly despise him. If he were to have an accident and die, I would surely cheer out loud. That isn’t likely, since this book is in the Christian fiction genre. Chances are, he will eventually recognize the error of his ways, regret the ill treatment he doled out on the innocent, beg for forgiveness, and receive it. And that will mean that I, the reader, must forgive him too. 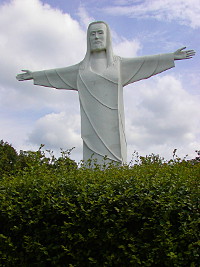 God doesn’t give us a list of exceptions when it comes to forgiveness. He commands us to not only forgive our enemies, but to love them too. Murderers, rapists, pedophiles, crooked politicians … All of our enemies and the enemies of our friends and loved ones. I guess that means I have to forgive the bad guy in this book as well, even if he is just an imaginary character in a novel.

It’s not unusual for a couple to be at odds in a romance novel. They say there’s a thin line between love and hate and authors capitalize on that quirk of human nature. Boy meets Girl. One or the other does something stupid and the injured party overreacts. As a reader, we know exactly what’s happening – these two people are falling in love! Sooner or later, one of them forgives and before long, the other does too. I can read variations of this story every day because it’s so true to life. Even after the vows are read and the rings are slipped onto fingers, most romances continue on this reckless course. That can be a good thing, so long as the arguments are about minor issues and both partners are willing to forgive, again and again and again. That’s the way a good relationship is supposed to work.

But sometimes, one of the partners gets carried away and goes too far. Maybe his job becomes more important than his wife. Maybe she’d rather spend time with her friends than her spouse. Maybe he lies about money, depriving her so he can gamble in secret. Maybe she cheats. Maybe he hits. Maybe she does …

Are we still called to forgive? I believe we are. We might not be able to live in the same house with someone who hasn’t yet recognized “the error of his ways,” but that doesn’t mean it’s okay to hate. Love keeps no record of wrongs … We are called to forgive and to love everybody – our partner, our family members, our neighbors and friends and yes, even our enemies. We are never called to hate. Not even some character in a book.

That’s what it’s all about – love. The kind of love that raises you up and makes you more than you ever believed you could be. The kind of love that makes people forgive the worst atrocities and grant another chance.
I wish I was capable of that kind of love. I’m more likely to carry a grudge, all the way into the next book of the series. Lucky for me, God is the author of my story! He forgives me for not forgiving. Not just seventy times seven either. As many times as it takes.