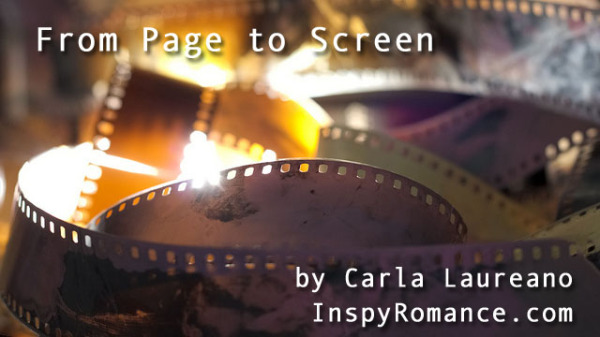 “abgewickelt, entwickelt?” by Stefan is licensed under CC by 2.0.

If you’ve been to the movies lately (or watched any TV) it seems like every hit film is tagged with the note: “From the bestselling book.” From dystopians (Hunger Games, Divergent) to young adult romance/literary fiction (The Fault in Our Stars, If I Stay), filmmakers are increasingly mining bookshelves for story ideas that can be transformed for the big screen.

Why the sudden interest in bringing literature to film? Or perhaps a better question is, what about current fiction lends itself to conversion to live action more than any other time in film history? I’ve come up with a few possible reasons:

1) Contemporary literature feels more cinematic than that of previous eras.

Maybe part of it has to do with the fact that writers have to compete with television and film for reader’s attention spans. Or maybe some of it has to do with the incorporation of screenwriting technique in fiction (mostly as a response to the first point). But the structure of most bestselling contemporary fiction already lines up with the pacing and “beat structure” of modern screenwriting, making it an easier conversion to film.

2) There is a wider variety of young adult fiction from which to choose.

Have you noticed that most of the books being made into movies are from the young adult section? The ones I mentioned before (The Fault in Our Stars, If I Stay, Hunger Game, Divergent) are all best-selling YA novels. I didn’t even mention Cassandra Clare’s The Mortal Instruments series or Harry Potter. The visceral nature of young adult fiction—loaded with action and emotion with extraneous narration trimmed away—makes for a natural fit for film.

3) Bestselling books have a built-in fan base.

There’s a reason why Fifty Shades of Grey is being made into a movie, and it isn’t just because smut sells. It’s for the same reason that any of the young adult novels I mentioned before were made into movies: built-in fan base. In the age of declining movie-going, increasing ticket prices, and climbing production costs, any guarantee that a movie is going to make the studio money increases the chances of a film being made. When you have a book that sells over twenty million copies (like the Hunger Games), there’s a fair shot that you’ll put in both the readers of the book and those who haven’t gotten around to reading it but are curious about the hype.

What about you? Why do you think so many newmovies come from books? What book would you most like to see turned into a movie?