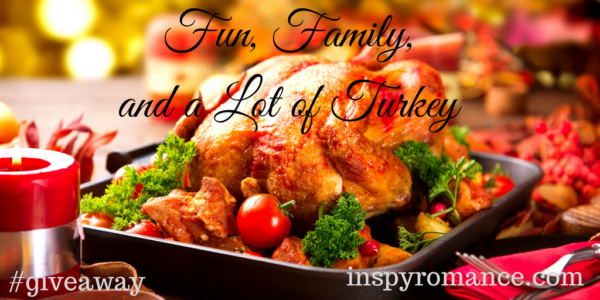 I hope your Thanksgiving was great! And Christmas is just around the corner. I’m one of those people who eats too much during holidays, but I feel fully justified to do it. Thanksgiving meal was awesome, especially home-made cherry cheesecake. And I think it’s going to be tamales and menudo for Christmas this year (I live in south Texas, after all).

What kind of food do you like to prepare for the holidays?

When I cooked a turkey for the first time, I was intimidated. Honestly, turkey is so much bigger than chicken, and even chicken I’d only made in parts before. And of course, I needed to make all the trimmings, because I was told that all people had cornbread stuffing (yep, baked eight cornbread pies), mashed potatoes, green bean casserole, and pumpkin and/or pecan pies for Thanksgiving. I’ll admit, I didn’t make desserts, but I braved everything else. The meal turned out great, if I say so myself, and then I quickly learned to make turkey soup, turkey salad, and turkey sandwiches. Because for a small family, turkey is really a huge bird!

Do you remember the first turkey you cooked?

I love talking about food in my books, including my new releases, both parts of First Street Church Romances Kindle World (I participated in November launch together with other authors, including Jackie Castle and Liwen Ho). The hero of Love’s Ransom  even opens a restaurant, and both main characters in Love’s Christmas Cheer are chefs. 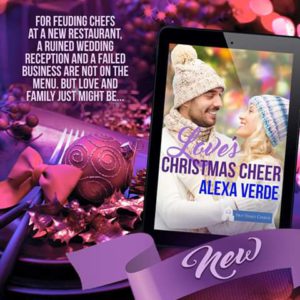 Lacy-Jane Macalister returns to her hometown, eager to prove she’s not the culinary failure her ex claimed her to be. After a career in the military, Petr Sergeyev settles down in Sweet Grove to help his brother with his nephew and new business. Grandpa Alexey’s is the only place in town that needs chefs.

He’s for hearty meals. She promotes healthy food. He likes order. She prefers creativity. He left his girlfriend. She was betrayed by her fiancé. Their arguments are more heated than the stove in the restaurant’s kitchen. But when Lacy-Jane’s sister and Petr’s brother decide to have their wedding three days after Christmas, Petr and Lacy-Jane put their differences aside to give their siblings a great reception.

Will Petr and Lacy-Jane surrender their wills to God and receive Christmas gifts of love, faith, and hope?

I smiled a lot while writing this book, and I hope it’ll make you smile, too.

If Love’s Christmas Cheer is probably the funniest book I’ve written to date, Love’s Ransom is the most personal one 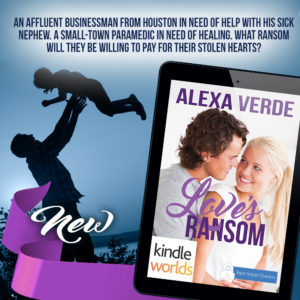 because it deals with some difficult for me issues. But as all my books, it is sweet, wholesome, and filled with messages of faith and encouragement. I truly hope that it will touch readers’ hearts.

To celebrate my new releases, I’m happy to offer a giveaway. One randomly chosen commenter to this post will receive eBooks Love’s Christmas Cheer and Love’s Ransom. The winner will be chosen by 7 pm on December 14th.