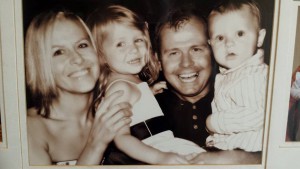 One of my favorite old photos – and of course we were laughing.

If you’ve ever read one of my books, you know I have a penchant for trying to throw in a few laughs between the romantic moments. In some cases, a lot of laughs. I like funny.

Most of the humorous scenes in my books are completely imagined, but there are a few that were all too real. I actually did have to take my boss’s teeth to the dentist once. They were wrapped in a paper towel. I might have dry heaved in the car on the way over.

Totally should have quit that job, in hindsight.

I’m not the only one in my house who loves to laugh. I have two really great kids – Reinah and Truett. Sometimes I put jokes in their lunch boxes just for kicks, and then they come home from school trying to retell them. They are both writing books, too – full of one-liners and comical characters.

When it comes to funny stories, though, my little guy takes the cake. He holds the distinction of not only manning one of our worst laughable moments, but his is also the memory other people bring up when they see us. It’s the stuff of legend.

My husband and I were both on the worship team at church, which was a wonderful thing for us to do together, but it left our kids by themselves. Every week they would sit with one of our friends while we were up on stage. 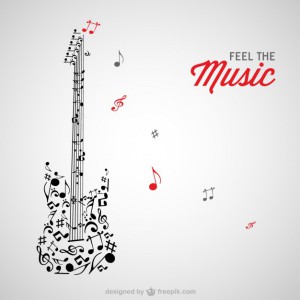 One of the things my husband and I have in common: We think we could have been rock stars. :) Image from Background vector designed by Freepik

That particular week, our son was sitting in the second or third row with his friend Eliah. Eliah raised his hand to tell the preacher something about his grandpa in the hospital, which was really sweet and heartfelt and could have spawned a chorus of “awwww” sounds. Then my little man’s hand went up.

From my vantage point behind the piano, I think my heart stopped beating. You know how you get that feeling that something bad is about to happen? And even though you don’t know how you know, there’s no denying that you know that you know? The preacher looked back at me for approval, and then to my husband who stood nearby with his guitar, and we both shook our heads emphatically. There was no cute, sweet story lurking in that little three-year-old brain. But the preacher didn’t listen to our implied reason. Instead, almost in slow motion, he turned around and said my son’s name. My innocent, sweet little boy with the blond hair and the dimples in his cheeks smiled, and I couldn’t help but cringe.

“Last night, my dad came out of the closet and my mom pooped her pants.”

It’s impossible to completely hide yourself behind a piano while you’re on stage in front of a crowd of people, by the way. I tried. If you want the accurately deciphered version of my son’s statement, it sounds something like this:

“Last night, my dad jumped out of the laundry room and scared my mom so bad she thought she might pee her pants.”

Not as funny, and definitely not as memorable. While I can’t say that I enjoyed that particular moment while it was happening, I’m kind of happy that it occurred now that we can laugh about it. 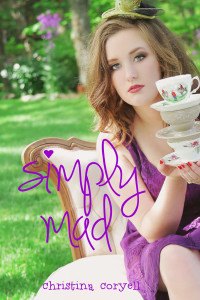 Simply Mad – the book where my date with teeth appears.

As an added bonus, know what’s super fun about that embarrassing memory? My little guy is at that age where he’s starting to think he has to look cool. You know, that age where you go to a wedding and he says, “Please, Mom…don’t dance.” As though my dancing is the absolute worst thing in the world.

I try really, really hard to be a good mom. Since he seems to think my dancing’s not up to par, I practice in front of him every chance I get. It’s the responsible mom thing to do, right? I think so.

Hope you all have a fabulous November, you have lots of laughs, and that no one tells you not to dance.