In my last few posts I’ve been introducing you to the heroes of my books. Today is no exception. My latest novel, The Other You, released last week in the Whispers of Love box set with eleven other great novels. What I’d like to share with you today happened way before Armand DeBois, the hero of The Other You, was conceived in my mind. This is the story of how I came to hear of and meet the man who played a huge role in shaping the character of Armand. After reading this, I think you’ll understand why I wrote this dedication for this story.

To the cellar master

Thank you for sharing your 2012 experience, and your faith with me. Both inspired much in this book and the character of the hero, Armand DeBois. May our Father continue to use you in amazing ways. You are truly special people, and I am blessed our paths crossed on this earth. 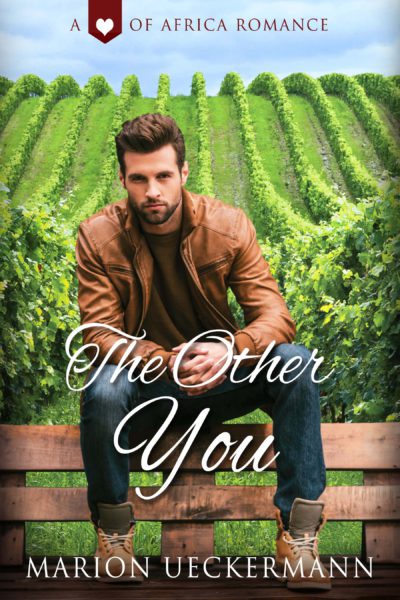 Turn back the clock to the beginning of 2013. I was visiting my parents who lived with my sister and her husband on their farm about 90 minutes away from my house. We were sitting around the kitchen table chatting about writing, and I was telling them how much I wanted to write a story set in the Cape winelands.

My brother-in-law hurried off and came back minutes later with a Farmer’s Weekly magazine. He showed me an article and said I should read the two page interview with Weltevrede Wine Estate owner, Philip Jonker. The interview was all about the farm strikes in 2012 in the Cape winelands within the fruit and wine industry. Philip shared his experiences and spoke of the part he played in the negotiations to bring about peace and stability. I was so awed by this wonderful Christian man’s story, I visited their website, got his email address, and wrote to him. He was kind enough to share emails with me he’d written to friends and family during that time—his daily journals of the happenings. I was blown away at how God used this bold man. Subsequently, I brought the farm strikes into The Other You, and used Philip’s experiences as a basis for my hero’s story (with Philip’s knowledge of me writing this into the story).

A few months later we visited Cape Town and took the two hour drive out to Weltevrede Wine Estate. We met Philip and his wife, Lindelize, and were treated to the best wine tasting experience ever…by candlelight in an old underground cement wine vat. 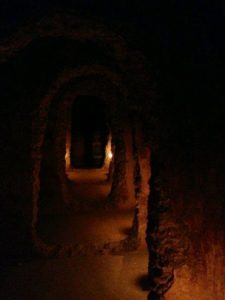 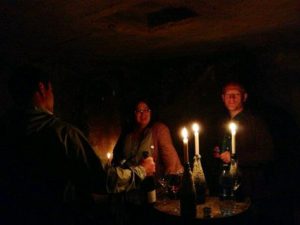 With The Other You finally written and published after three years, looking back I’m astounded at how God puts things into motion long before they come to pass.

The ringing in Armand’s ears disturbed his sleep. When he realized the noise was not part of his dream, he fumbled on the pedestal for his cell phone. It seemed to shift with every ring. Disoriented, his fingers finally wrapped around the instrument. He glanced at the screen before answering the call. Almost five, time to get up anyway.

The panicked voice booming through the phone had Armand out of bed in an instant and searching for his tracksuit pants. “Who is this?”

“It’s Moses, boss. I work for you in the vineyard.”

“The masses, boss. They’re on their way to DeBois, chanting and shouting. They’re going to burn our vineyards.”

“Moses, I need you to stay calm. Call everyone you can, and tell them to stay at home today. I will contact you when it’s safe.” He’d save the number once he cut the call.

“But boss, what about you? There are hundreds of them. You can’t face them alone.”

“Do you remember the story from church about David and Goliath?”

“He was just a young farm boy with a stone, and he brought down the greatest enemy of his people.”

“But they have stones, too. What is your stone going to do against hundreds?”

“It’s not about the stone, Moses. It’s about the God behind the stone.”

In the distance, Armand heard the chanting. There was no time to lose. Moses had to warn his workers, and Armand had to warn his in-laws. They would have to contact the office staff.

“You need to tell the other workers, quickly.”

“Boss, be careful. I will be praying for you.”

Armand nodded as he eased back the curtains. The night sky was only just beginning to lighten. He couldn’t see anything from his bedroom window, but he could hear—the shouts were coming closer. “We will need all the prayer we can get.” He cut the call and listened again, suddenly fearing he might not be okay. How was he to face an angry mob? Alone?

Currently, The Other You i 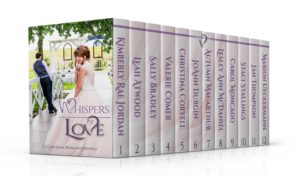 s only available in the Whispers of Love box set—12 novels for a limited time only.