Haven’t we all at one time or another?

Sometimes hearts are broken in a romantic relationship, but sometimes they are crushed by a friend, a parent, a child, a co-worker, a church, a job. Sometimes life balls up its fist and punches us in the chest through disease, disaster, financial storms, death.

There’s literal pain, tossing and turning at night, tear-soaked pillows and those cycling thoughts that keep picking at a tender scar.

But we are not alone. We have a Savior who was acquainted with suffering. He shed tears. He’s been there. Betrayed… deserted… beaten… rejected… familiar with pain.    Isaiah 53:3

We also have a Savior who is a healer, who is close to the brokenhearted.  He knows our brokenness, our sorrows.

He catches our tears in a bottle. Psalm 56:8

My story Going Up South is about a woman who was betrayed by her husband. She meets a man who’s little boy heart was broken by his father, and now he feels deceived by one of his few friends. Though this is a romance, I hope, in my little story, you will find the One who truly binds up the brokenhearted. 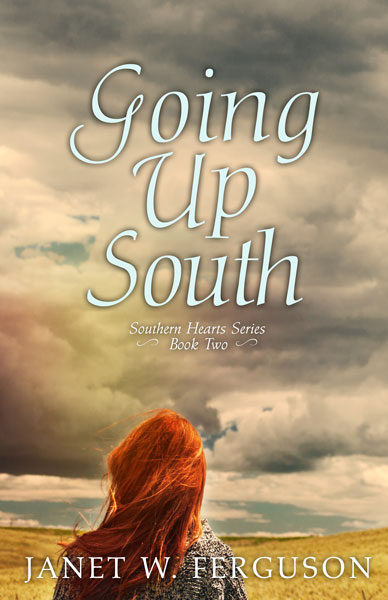 No one told him he had a son.

Actor Dylan Conner is furious. Not only has he been left out of his child’s life, the baby boy has been given another man’s last name. Determined to be a better father than the sorry guy who’d left him and his mother, Dylan fights to ensure a significant place in his son’s life. Unfortunately, his bad-boy reputation overshadows his good intentions. Only one woman in this small town sees beyond his Hollywood image. And he’s falling for her. Too bad she’s the custody mediator.

After her scandalous divorce in the small town of Oxford, Mississippi, attorney Cassie Brooks has no intentions of practicing law again. The humiliating experience left a bitter taste for love, marriage, and her profession.

Now friends need Cassie’s help in a custody negotiation, and her role demands she remain objective. She never expected to be drawn to Dylan Conner—the actor who everyone warns is bad news. Not only is the mediation at stake, but so is her heart.

He binds up the brokenhearted #Giveaway – Going Up South! #Inspyromance

#Giveaway – Leave a comment by February 28th to be included in the drawing for an e-copy of Going Up South!