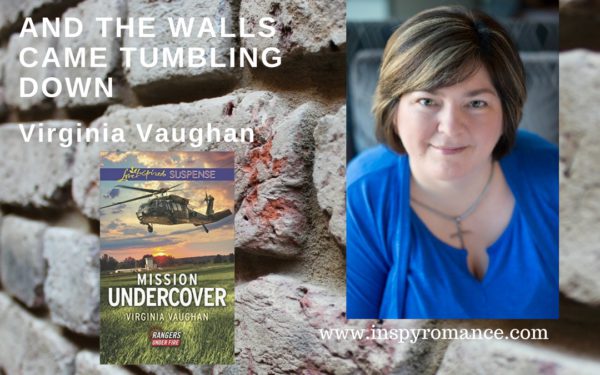 I invited my Mississippi friend and author, Virginia Vaughan, to Inspy Romance today! She has a great message and a giveaway for us! Welcome, Virginia!

Many thanks to Janet for having me on the blog today. I wrote this blog post way back in 2011, less than year before I received my first publishing contract based on interactions I had at the ACFW conference referenced below. I wanted to repost it here today because the idea still speaks to me. Recently, I made the decision to become a full-time writer and looked to God to provide opportunities. Not long after my first day of being “self-employed” God showed up and sent an email my way offering the opportunity to contribute to a romantic suspense boxed collection with six other great romantic suspense authors. 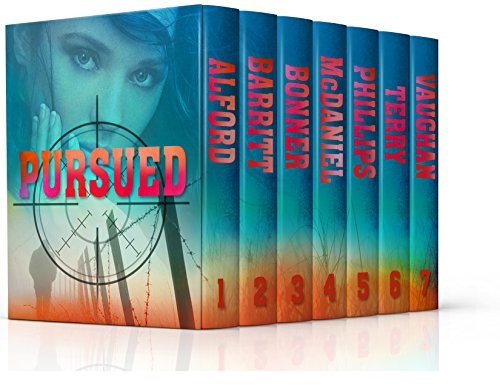 As I prayed about whether or not to jump into full-time writing, I kept hearing God reminding me that we don’t grow where we’re comfortable and that if I don’t follow him straight to the end, I’ll never know the full victory He has in store for me. I hope this post speaks to you as much as it has to me.

And The Walls Came Crumbling Down

I recently reached the six year mark at my current job. It’s significant because this is the place God provided for me when he pulled me away from a lucrative position with the state in order to focus on my writing. Now I work at a job where I make less money, have a degree I don’t use, and from a worldly perspective have made little notable progress in my writing endeavor. I confess it’s hard to see God at work sometimes when I look at those facts.

How appropriate then that God has led me this week to the book of Joshua and the story about the fall of Jericho. In it, God commanded Joshua to march once around the city with armed men for six days. On the seventh day, they were to march around the city seven times, then blow the trumpets and give a loud shout. If they followed these instructions, God promised the walls of Jericho would collapse. But what if Joshua hadn’t continued to the seventh day? What if he’d given up after the sixth day? Or the sixth circle around the city? If he hadn’t followed God to the very end, he would not have seen the victory.

So as I was preparing this morning to leave for my annual writing conference, some things occurred to me. It’s no coincidence God led me to this passage this week. I hadn’t been studying Joshua—I’ve been focusing my studies lately on women of the bible—but this six thing has gotten my attention because I do feel as if I’ve been circling for the past six years, waiting and searching for a crack in the defense of the publishing world, a way to break through the wall that at times seems so large and impenetrable. But I know God’s plan for me. He wants me on the other side of that wall. So armed with scripture and prayer, I’ve been quietly marching towards that goal. Now I’m into my seventh year. Is it time to blow the trumpets and shout to the Lord? Is this the year I’ll finally see the walls crumble?

“When the trumpets sounded, the people shouted, and at the sound of the trumpet, when these people gave a loud shout, the wall collapsed; so every man charged in, and they took the city.” Joshua 6:20 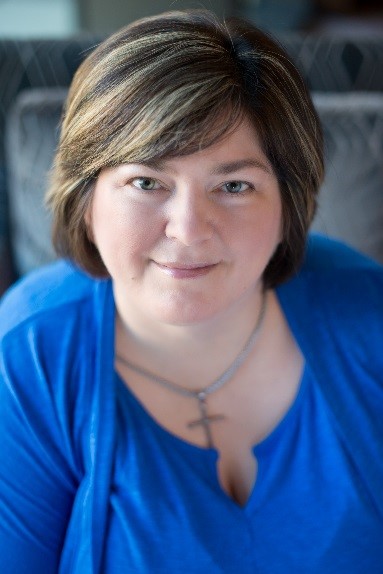 “I do feel as if I’ve been circling for the past six years, waiting and searching for a crack in the defense of the publishing world, a way to break through the wall that at times seems so large and impenetrable.”

Virginia Vaughan was born and raised in Mississippi and has never strayed far beyond those borders. Blessed to come from a large, Southern family, her fondest memories include listening to stories recounted by family and friends around the large dinner table. She was a lover of books even from a young age and soon started writing them herself. Book 5 of her current series, Rangers Under Fire, Mission Undercover, releases in August 2017 and Book 6, Mission: Memory Recall in January 2018. Also look for her story, Homecoming Homicide, in the Pursued romantic suspense boxed collection. 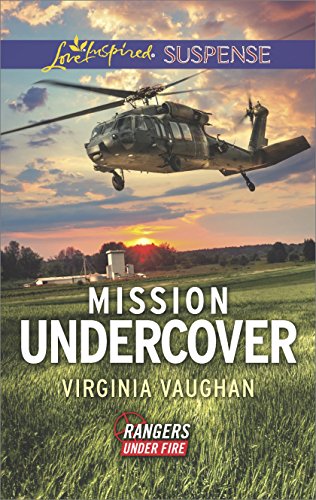 Virginia is kindly offering a paperback copy (U.S. only) of Mission Undercover to one reader who comments by August 13, 2017!